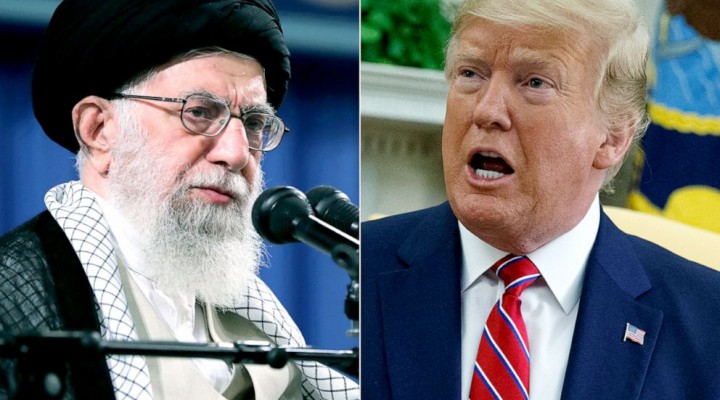 Are the US and Israel still seeking a pretext to attack Iran before Trump leaves office?

Sunday marks the anniversary of the US assassination of Iran’s legendary Gen. Qasem Soleimani, Iraq’s Hashd ash-Shaabi leader Abu-Mahdi al-Muhandes and nine of their companions. It also signals the end of the Christmas and New Year holiday period. The timing seems set either for Iran to act on its threats to retaliate for the murders, or for the US and Israel to start a war against it during the Trump administration’s two remaining weeks in office – if that is, indeed, what they are planning.

Most observers concur that if there is a war, it will not be Iran which starts it. Senior Iranian figures — such as Revolutionary Guards chief Gen. Hossein Salami and Soleimani’s successor as commander of its Qods Force, Gen. Ismail Qaani – have never stopped threatening retaliation. But a more accurate guide to what may happen in the next few days came on Saturday from Foreign Minister Mohamed Javad Zarif when he accused Trump of trying to fabricate a pretext to attack his country.

Meanwhile, Adel Abdul-Mahdi – who was Iraq’s prime minister when the US carried out its drone strike against Soleimani’s convoy near Baghdad airport after he flew in from Syria — chose to reveal a damning secret about the incident. He told the al-Mayadeen channel on Saturday that three days before the killing, Trump called him to ask him to mediate with Iran about resolving differences and reducing tensions. Abdel-Mahdi therefore sent an official invitation to Soleimani to come to Baghdad so he could pass on the American message and seek a response. He presumed that under the circumstances the Americans would not take any action against his guest.

Abdel-Mahdi effectively accused Trump of lying as usual and deceiving him, using the mediation request as bait to draw Soleimani into a trap that had been carefully sprung with the aid of local Iraqi collaborators. The aim was to kill Iran’s second most important leader so as to provoke a reckless response that could unleash a devastating assault on the country.

That takes us back to Zarif’s talk of a ‘pretext’. If the US and Israel are really intent on launching an attack, they could use anything as a pretext – such as Iran’s notification to the IAEA that it plans to step up its uranium enrichment. Or they could just fabricate one, as George W. Bush did with his faked reports that Iraq was producing weapons of mass destruction to justify invading and occupying the country.

There is a mood of alarm in the region that war may be imminent, worrying people even more than the coronavirus pandemic. Iran and its forces are on maximum alert, as are US military bases in the Gulf and Middle East, including the biggest and most important of those bases, Israel. Sources in Lebanon say Hezbollah is on double alert: against a possible bid to assassinate its secretary-general Hassan Nasrallah; and to launch a hail of missiles against Israeli-occupied territory in response to any US-Israeli attack on Iran.

Some reports suggest that the recent order for the USS Nimitz aircraft carrier and its battle group to sail out of the Gulf was not a gesture of de-escalation. Rather, it was out of fear that Iranian missiles, drones and gunboats could sink the flotilla if it remained off its shores. I am no military expert, but published Western reports all indicate that any attack on Iran would trigger massive retaliation from its increasingly sophisticated and accurate missile arsenal. And it is doubtful that an assault would succeed in destroying Iran’s nuclear facilities which are mostly hidden deep underground.

That is no guarantee, however, that Trump and Netanyahu, to serve their respective political purposes, might not try. That would turn 2021 into a year ravaged by wars in addition to the ongoing ruinous effects of the coronavirus that afflicted 2020.