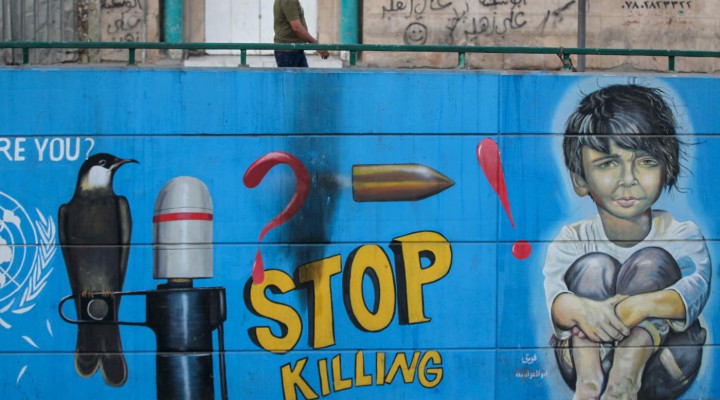 In just one century the Middle East region has experienced seismic shifts.

Those included the end of the Ottoman Empire; the end of Western colonialism, the establishment of the state of Israel and its related wars; the Arab nationalist and socialist experiments; the rise of political Islam and the Iranian revolution; the Shia revival; the rise of Salafism that transformed into terrorism; the illusion of a US-brokered Israeli-Palestinian peace process; the fall of Pax Americana in the region following the invasion of Iraq; the Arab Spring; the Islamic State group’s failed attempt to restore the Caliphate, and, last but not least, the dashed hope of a Western-Arab normalisation with Iran.

Five states – Syria, Libya, Iraq, Lebanon and Yemen – are ravaged by civil war, political paralysis or a failed state condition; Turkey is cultivating neo-Ottoman ambitions and triggering a new great game in the Eastern Mediterranean; and a sort of Pax Israeliana is advancing within the frame of the so-called Abraham Accords.

A reduced US presence in the region is looming under a Biden administration while Russian engagement – so far more effective – is on full display. And a rising China might become an economic game-changer in the region through its ambitious Belt and Road Initiative.

In such a volcanic and unpredictable situation some trends are nonetheless visible.

Although less dangerous than how it is usually framed, Turkey is shaping its own south-east and south-west sphere of influence, including in northern Syria and Iraq, and the Caucasus, as manifested by its role in the recent Nagorno-Karabakh conflict, and two political bridgeheads in Libya and Qatar.

It has an ambivalent interaction with Russia, an increasingly tense one with Nato, manifested also by the new sanctions approved by the US, and worsening relations with major Arab states such as Egypt, Saudi Arabia and the UAE.

Iran, notwithstanding its isolation and the sanctions burden, maintains its own sphere of influence from Tehran to Beirut via Baghdad and Damascus.

Egypt, Jordan and some GCC members are increasingly aligning with Israel and benefiting from its political, military and intelligence support, primarily as a southern barrier against Iran. Such evolution is epitomised by the Abraham Accords. It is still a work in progress until Saudi Arabia will formally join the UAE, Bahrain, Sudan and Morocco in establishing formal diplomatic relations with Israel.

The Israeli-Arab axis that is taking shape is built upon two perceived “existential threats“: the first, obviously, is Iran and its partners in the region; the second is the oldest brand of political Islam, the Muslim Brotherhood, supported by Turkey and Qatar. Surprisingly, Iran’s alleged military nuclear programme is no longer the top security priority. The conventional capabilities of Tehran and its allies, including the drone and missile programmes, are now a source of concern too.

The Middle East region is experiencing a new geopolitical configuration where the interaction among three spheres of influence – the northern Turkish one, the central Iranian one and an Israeli-Arab southern one – constitute the new regional fault lines redefining the political dynamics in the region.

The identification of the Muslim Brotherhood as an existential threat is a complicating factor as it represents a rising conflict between two competing political visions inside Sunni Islam, where bottom-up and top-down approaches are challenging each other, with Turkey and Qatar on one side and Egypt, Saudi Arabia and the UAE on the other.

Historically, the Muslim Brotherhood has emphasised its popular roots, its struggle against oppression and battle for social justice. During the Arab Spring it opted for promoting this agenda through democratic elections as the political processes in Tunisia and Egypt have shown, with contrasting results.

The Brotherhood’s message of Islamic solidarity has found a certain appeal among poorer societies afflicted by weak and/or corrupt governance. This led to fears among autocratic Arab rulers that it could become popular among more wealthy Arab societies where power appears excessively concentrated in the hands of a small elite.

Of course, Egypt and the Arab kingdoms prefer stability enforced through their top-down approach. They believe that the Brotherhood must be eradicated because it could threaten their grip on power; they designated the organisation a terrorist movement. A compromise between these two opposite conceptions about power and its purpose is highly unlikely. Both parties seem to be engaged in a zero-sum game. A decade after the Arab uprisings, this confrontational dynamic has yet to change.

The “top-downers” are unlikely to engage both the Muslim Brotherhood and Iran and its partners, and do not see this as a smart move. To do so could imply that their strategy of confrontation – as shown by the tragic predicament in Yemen – is overstretched and unsustainable.

This might explain the paradigm shift towards Israel. These Arab states will probably count on Tel Aviv’s high-level security, technological and intelligence umbrella, as well its unique influence in the US political landscape – regardless of who occupies the White House. Even if Trump was the rupture in US-Mideast policy, there is no doubt that the outgoing president has followed the traditional Israel-first policy adopted by all the previous US administrations.

President-elect Joe Biden’s next steps in the region will prove crucial. While the Israeli-Arab axis may reasonably count on his tough stance on Turkey – as Biden made no secret of his negative view about his Turkish counterpart – the attitude toward the Muslim Brotherhood may be more nuanced, especially in a Biden administration full of Obama’s remnants. But it is the Iran policy that may prove most worrisome for the axis, especially if the new administration goes through with its intention to re-join the JCPOA. As usual, the devil will be in the details.

Any US-Iran rapprochement could be derailed through unexpected events or provocations on the ground, clever lobbying activities inside Washington’s beltway, and internal US political developments, such as the control of the Senate that will be decided in January with the run-off election in Georgia.

It cannot also be excluded that some conservatives in Tehran, especially during a presidential election year, may find even a modest detente with Washington undesirable as well.

The next decade may see local actors assuming a bigger role in the region compared to the one traditionally played by the great powers. Assertive global policies against climate change may affect the energy factor in the region and weaken the traditional western policies that have privileged stabilisation over everything else.

The ongoing energy transition will definitely add more problems to an already over-burdened Iran, but the same is true for Gulf oil monarchies, which, incidentally, appear less accustomed than their northern neighbour to enduring pain and sacrifices.

A good example of US leadership that Biden must re-establish would be a proposal for diplomatic action led by the UN, US, EU, Russia, China and the regional organisations and powers – all on an equal status – to reduce tensions: ideally, a political and security architecture for the region, without pre-conditions, where all the grievances and malign activities in the Middle East are dealt with, without, hopefully, the usual double-standards.

0 thoughts on “Biden inherits a troubled Middle East. He must move to reduce tensions”