Bad News for The News: The Fox-Disney Merger Again Shortens the Media Menu 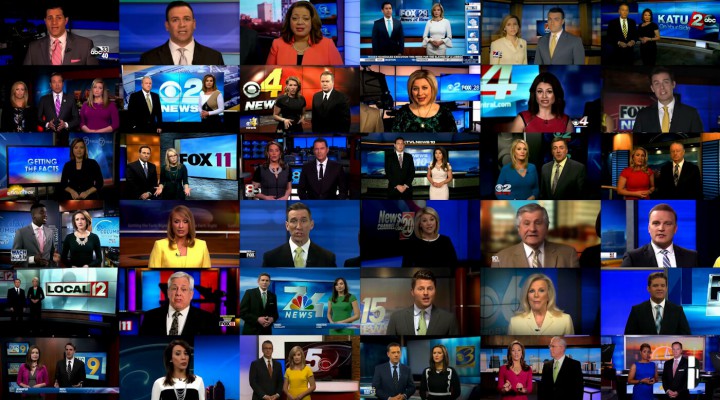 The consolidation of two media empires is a disaster for those who want a diverse, independent media.

The long-rumored Fox-Disney merger was made official Wednesday, as Disney closed on its purchase of much of Rupert Murdoch’s media empire. The $73.1 dollar “merger” – more accurately described as an acquisition – continues a worrying trend of media consolidation and gives Disney control and ownership over a historic 35 to 40 percent of the movie market. As of this week, it now owns the 20th Century Fox film and TV studios, Fox Television Group, countless international broadcasters, including the Star India conglomerate, and a controlling stake in streaming service Hulu.

Why this is bad news and bad for the news

Those who hoped the acquisition might result in the family-friendly Disney providing a moderating influence on the hardline conservative political tone of Murdoch’s media holdings will be disappointed; Rupert is not going anywhere. The acquisition left untouched the Australian tycoon’s more overtly political possessions, like the Wall Street Journal or Fox News, which are still controlled by his NewsCorp company. Rest assured, Murdoch’s publications will continue to pump out right-wing content. Tucker Carlson will still be “100 percent his bitch,” as it was recently reported Carlson said.

In 1983, when the great media scholar Ben Bagdikian wrote his seminal book The Media Monopoly, he warned that just 50 giant firms dominated almost the entire media landscape, giving them an enormous power to “set the national agenda.” Bagdikian warned of the collective power of these firms — with their numerous interlocking corporate interests and possessions, along with unified cultural and political values — concluding that the media has the power to effectively decide “what is true and what is false, what is reality and what is fantasy, what is important and what is trivial” and that “there is no greater force in shaping the public mind.”

Unfortunately, every update to The Media Monopoly has described a worsening situation for the public’s right to a diverse and independent press. Today, just five massive corporations — General Electric, News-Corp (Murdoch), Disney, National Amusements, and Time Warner — control over 90 percent of what Americans see, read or hear, and the current deal has further muddied the waters between the Disney and Murdoch empires. These massive corporations long ago became large enough to directly lobby and control the U.S. government to pass laws aiding their expansion and profit, such as the 1996 Telecommunications Act, which removed virtually all impediments to their growth.

These behemoths can crowd out independent challengers and heavily promote their own ventures through corporate synergies. One example of this is the latest Star Wars movie The Last Jedi, produced by the Disney-owned Lucas Arts. It was given top billing in Disney-owned movie theatres across the world; Disney-owned ABC News constantly hyped the movie in advertisements masquerading as news segments; Jimmy Kimmel had the cast of the movie on his ABC talk show; the Disney-owned sports network ESPN recast soccer and hockey stars as their favorite Star Wars characters; the huge network of Disney-owned radio stations hawked the movie; while Disney-owned Marvel and the chain of Disney stores strongly promoted its release too. This kind of massive hype machine is impossible to match for smaller, independent media producers of all kinds, who cannot compete with the enormous power of the Mouse.

A lack of diversity

The corporate-dominated media environment leads to a unanimity of outlook and a narrowing of political perspective available to citizens from mainstream media, limited to corporate- and advertiser-friendly content and viewpoints.

A case in point is the Sinclair fake-news scandal, where the strongly conservative Sinclair corporation instructed every one of its nearly 200 TV stations to read out a message decrying “biased and false” news, presenting itself as a bastion of free speech and quality journalism. Dozens of anchors read it out word-for-word, as if it were their own personal opinion, all lamenting that: “Unfortunately, some members of the media use their own platforms to push their own personal bias and agenda to control exactly what people think. This is extremely dangerous to our democracy.”

How America's largest local TV owner turned its news anchors into soldiers in Trump's war on the media: https://t.co/iLVtKRQycL pic.twitter.com/dMdSGellH3

The great irony of this message of the top-down orders from ownership decrying one-sided journalism would have been lost if one video director at Deadspin had not investigated.

Yet it is becoming clearer to the country that it is precisely the power of corporations that is one of the key problems in Western society, and that the solution to many of the most pressing issues of the day — unemployment, climate change and inequality, among others — lies with breaking this corporate stranglehold. But we can expect no sympathy from corporate media. The merger, along with the estimated 4,000-10,000 layoffs that will result, has commentators predicting a blander media and a “monopolistic blob” of a company, and should concern all those who want a diverse, free media.

In other words, everyone.

Bad News for The News: The Fox-Disney Merger Again Shortens the Media Menu

Top photo | This compilation image produced from a DeadSpin video shows screenshots taken from dozens of local news media stations all operating under the umbrella of the Sinclair Broadcasting Corporation.

One thought on “Bad News for The News: The Fox-Disney Merger Again Shortens the Media Menu”