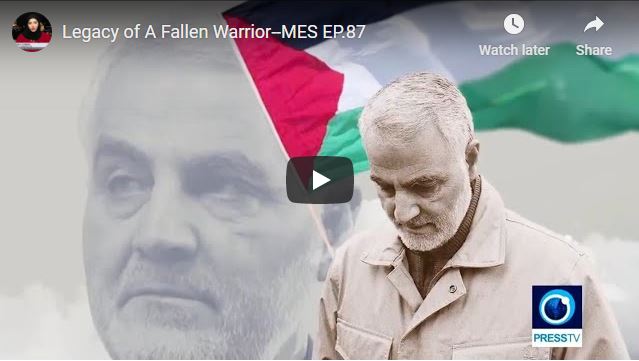 It has been one year since Martyr Lt. Gen Qassem Soleimani’s assassination. Martyr Soleimani who lived his life in the path of Resistance and fight against terrorist groups in West Asia sought to bring peace and security to region which is why he was targeted by the western terror machine to begin with. Martyr Soleimani gave his life to bring unity to the resistance factions all across the region from Palestine to Lebanon, Syria to Iraqi and all the way to Yemen. His life and martyrdom became a legacy to the entire axis of resistance.

To discuss this issue with us from Beirut is Dr. Ibrahim Mousawi, Lebanese member of Parliament with the loyalty to the resistance bloc, Hezbollah.

US bases, warships and troops are all still potential targets for retaliation after the assassination of Qassem Soleimani. This is a threat issued not only by the Islamic Republic of Iran, but also by the resistance factions in west Asia that were operating under the command of Lt. Gen Qassem Soleimani. This constant wave of threats against any US presence aims to drive all US personnel from west Asia.

To discuss this issue with us from California is Paul Larudee former US advisor in west Asia.

0 thoughts on “Legacy of A Fallen Warrior–MES EP.87”