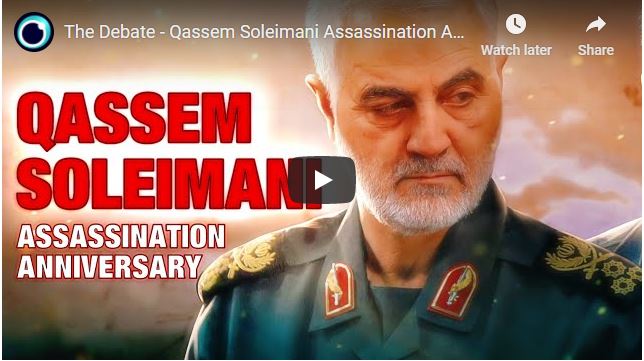 The first anniversary of the assassination of Iran’s top anti-terror commander Lieutenant General Qassem Soleimani is upon us with countries in the region paying tribute the martyred Iranian general.

Iranian President Hassan Rouhani says Iran will avenge the assassination of General Soleimani, and deputy commander of Iraq’s Popular Mobilization Units, Abu Mahdi al-Muhandis. A few days after the assassination, Iran unleashed a barrage of missiles at the US’ Ain al-Assad air base in Iraq causing massive damage to the base. Tehran, however, says the ultimate revenge would be to expel all American forces from the region.

Both General Soleimani and Al-Muhandis were popular leaders in fighting the ominous rise of Daesh which once came as close as 30 km to Baghdad, while the US withdrew troops were looking on.