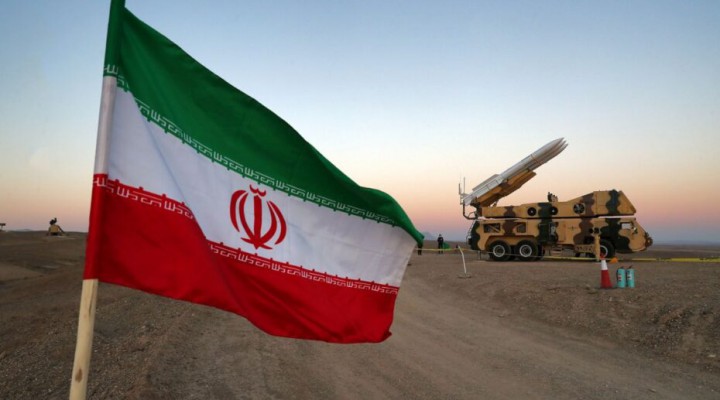 What might the Congress and American people do to stop it from happening? Nothing that would actually have any impact.

One of the most perplexing narratives presented during the waning days of the administration of President Donald J. Trump is his apparent disengagement from dealing seriously or providing leadership regarding the surging Coronavirus while at the same time continuing an activist foreign policy that in no way benefits any American. Ironically, the new administration of Joe Biden will, undoubtedly, establish its own priorities after January 20th, presuming the result of the election holds, and could easily reverse any government actions initiated overseas by Trump.

So it is all perhaps much ado about nothing, but meddling in the politics of others, creating enemies where enemies do not actually exist, and starting “little wars” to make a point about one’s virility create an unfortunate legacy in that they do not exactly win friends and influence people around the world. There have been interactions in a number of contexts, perhaps most dangerously in the continued promotion of the “threat” coming from China. The U.S. continues to emphasize the growth of Chinese foreign investments, the creation of its new Silk Road across Asia and into Europe, and Beijing’s growing military might. The mainstream U.S. media regularly fearmongers that the Chinese economy will surpass that of the U.S. inside a decade if it has not done so already.

The Administration, sometimes subtly and sometimes not so subtly, links China directly to the emergence of the Coronavirus and has implied that its propagation is part of a global plan to destroy western democracy and replace it with communism. The new defense budget includes a shift in spending to dramatically increase expansion of the navy to confront the Chinese in their own coastal waters. To be sure, China’s armed forces are being reshaped commensurate with its world role, but it does not realistically challenge that of the United States and will not do so even if it chooses to continue its expansion. Nevertheless, what began as a trade war is now being recast as an Armageddon-like conflict for global dominance, with the White House, Democrats, Republicans and the media all on board.

Russia too, the perpetual enemy, has fortunately escaped direct assault from the White House, leading to renewed claims that Trump is Putin’s puppet. The latest assertion is that a wave of hacking of government and other internet sites in the United States was done by Russia, though there has been precious little evidence provided to support that claim. Joe Biden has picked up the slack by asserting that he will be responding to the attack “in kind,” hello cyberwar, while several Democratic Senators have asked rhetorically whether the hack is an “act of war.” It is even being suggested that Russia will be interfering in the upcoming runoff election for the two Senate seats in Georgia, which will possibly decide who controls the upper chamber of the U.S. Congress for the next two years.

But the biggest winner in the “hated by America” sweepstakes is the usual favorite, Iran. On December 20th several rockets landed inside the fortified U.S. Embassy in Baghdad, which in turn sits inside the heavily guarded and protected Green Zone along the Euphrates River where most embassies and government offices are located. Insofar as has been reported, the missiles did little damage and killed one Iraqi civilian. It should be observed that the weapons were not very sophisticated and are of a type that is readily available in the Middle East. Similar attacks on the Green Zone using the same kind of unguided and crude rockets have become a regular feature of diplomatic and government life in Iraq’s capital.

Donald Trump responded three days later with a characteristically truculent series of tweets: “Our embassy in Baghdad got hit Sunday by several rockets. Three rockets failed to launch. Guess where they were from: IRAN. Now we hear chatter of additional attacks against Americans in Iraq… Some friendly health advice to Iran: If one American is killed, I will hold Iran responsible. Think it over.”

There is no evidence whatsoever that Iran either carried out or sponsored the attack on the Embassy and the photographs of the unexploded rockets, of a standard 107mm caliber widely available and used worldwide, have markings written in English, not Farsi. As is often the case, Trump chose to interpret the actual story and seeks both to demonstrate Iranian involvement and to define it as a provocation that would merit a military response that could start a war. He and his Pentagon wordsmiths would choose to call it “establishing deterrence” or “self-defense.” A spokesman for Central Command described the attack as “…almost certainly conducted by an Iranian-backed rogue militia group,” adding also that the 21-rocket barrage was “clearly NOT intended to avoid casualties.” “Almost certainly” in government speak means “we don’t know”: while a judgment of “clearly NOT intended” would be, under the circimstances, impossible to make definitively.

So unhinged is the hatred for Iran and all its friends that the Trump Administration has, in its last days in office, gone so far as to sanction Asma, the wife of Syrian President Bashar al-Assad, as well as all her highly respectable family living in England, where she was born and raised. The reality is that the United States and Israel will stop at nothing to denigrate what they conveniently describe as “rogue regimes” when the only real rogues are in Washington and Jerusalem. Trump and Netanyahu have been wanting to start a war with Iran for the past four years and have been seeking to provoke the Iranians into a response that could be used to justify a massive counter-attack. Why all the tip-toeing around is taking place is because Americans and Israelis are seeking to establish a fig leaf to hide behind while they commit a war crime, i.e. initiating a war of aggression where there is no threat coming from the other side. Instead, they are engaging in what they refer to as “maximum pressure” using economic sanctions and assassinations, hoping to have Iran strike back hard against them so they can plausibly claim that they are the victims and are engaging in “deterrence” or “defense.”

That is what was behind the U.S. assassination of Iranian General Qassim Soleimani eleven months ago and the Israeli killing of top Iranian scientist Mohsen Fakhrizadeh in November. Ironically, if there is considerable tension in the Middle East, to include the rocketing of the U.S. Embassy, it is due to actions undertaken by Israel and the U.S. themselves. Israel has kept the pot boiling by regularly attacking “targets” in Syria, many of which are described as “Iranian-linked.” On Christmas Day Israel violated Lebanese airspace before hitting the city of Masyaf in Syria, which has a large Christian minority, reportedly killing five and destroying a research facility. The relatively low intensity warfare by the Jewish state is a practice that is fully supported by the United States, which continues to maintain forces in Syria to “guard the oil fields” while also supporting the efforts to bring about regime change in Damascus.

The possibility that there will be a war in the Middle East instigated by the Trump White House as a final gift to Israel must be taken seriously in spite of the short time frame remaining. Trump is also pushing ahead with U.S. taxpayer funded “deals” with various Arab states to get them to establish diplomatic ties with the Jewish state. And there are other signs that something is about to happen. The Israelis have moved one of their nuclear missile capable and cruise missile armed submarines into the Persian Gulf to provide a better window for attacking Iran and are hinting that military action might be impending. And there are also rumors in Washington that the U.S. might be closing its embassy in Baghdad due to the “threat,” a possible first step in reducing the number of Americans vulnerable to a war zone that would inevitably include heavily Shi’a Iraq. And what might the Congress and American people do to stop it all from happening? Nothing that would actually have any impact.

0 thoughts on “A New War in the New Year? Trump Again Takes Aim at Iran”