HOME / WORLD / Iran one year on: what did the assassination of Qassem Soleimani achieve? 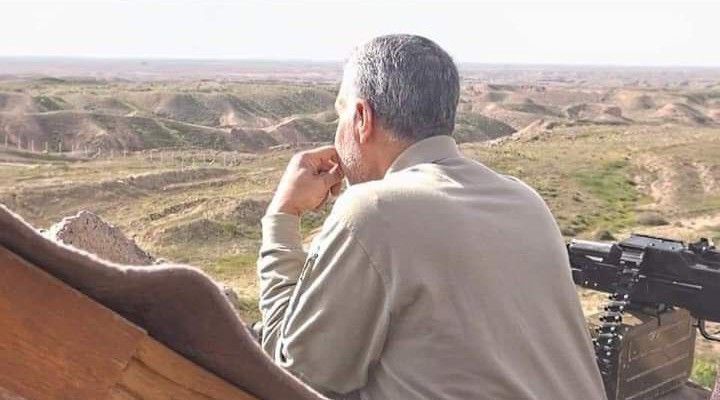 A year ago, US President Donald Trump assassinated the Iranian Revolutionary Guard Corps (IRGC) Commander of the Quds brigade, Brigadier General Qassem Soleimani, the coordinator between Iran and all its allies in Palestine, Lebanon, Syria, Iraq, Yemen and Afghanistan. The apparent motivation behind this act was consistent with US policy since Trump assumed power. He has sought to humiliate, weaken, and damage Iran through maximum economic sanctions because Iran is justifiably considered a regional power, whose leaders reject the US hegemony. The Americans and the Israelis believed Soleimani was irreplaceable and that the “Axis of the Resistance” he was leading would be seriously damaged by his assassination. Many went further, describing the assassination as a body blow to Iran’s strategic goals. After one year, did the US really manage to wallop Iran, damage its objectives or destroy its goals? If these were its objectives, did it succeed?

On the 1st of January 2020, Sardar Soleimani visited Lebanon where he spent several hours meeting the Secretary-General of Hezbollah, Sayyed Hassan Nasrallah. Lebanon is an essential part of the “Axis of the Resistance”. Soleimani had visited the country and supported Hezbollah since 1998 when he was appointed as the IRGC-Quds Brigade commander. The Lebanese Hezbollah has become the strongest ally of Iran, the best armed and trained group in the Middle East: in fact, the most powerful Middle Eastern army. Brigadier General Soleimani kept a very low-profile for decades but was responsible for the provision of all training, finance and logistic support to Iran’s allies. Hezbollah is considered one of the most successful results of Iranian policy since 1982, when Imam Khomeini first sent Iranians to the Lebanese Beqaa Valley, during the Israeli invasion of Lebanon.

Soleimani travelled later that day to Syria (another member of the “Axis of the Resistance”), where he spent the night. As in every visit to the Levant where hundreds of Iranian military advisors operate against ISIS and al-Qaeda, Soleimani called all the Iranian field-commanders to a meeting early in the morning. The meeting, unusually, lasted until late afternoon, where Soleimani distributed missions, argued military tactics and listened to the resident Iranian officers.

A few hours later, Qassem Soleimani took a flight from Damascus airport heading to Baghdad, Iraq, where he landed a few minutes before midnight. Soleimani, a Brigadier General, and four Iranian officers acting as his aides-de-camp were received at the airport by the Iraqi field-commander of Hashd al-Shaa’bi Abu Mahdi al-Muhandes, who drove him away. Two US MQ-9 Reaper drones then fired 230 mph laser-guided Hellfire missiles, incinerating the bodies of Soleimani, al-Muhandes and all their Iranian and Iraqi companions. Trump bragged that he killed “two for the price of one”. He supposed that Soleimani and Muhandes belonged to history and the page was closed.

Far from it. From one day to the next, consequences of the US unlawful assassination did much more than what Soleimani himself could have achieved when he was alive. The targeted killing of January 3 injected a new spirit into the “Islamic Revolution” of Imam Khomeini. Several Iranian generations had never lived the Revolution and undervalued the doctrine of “Wilayat al-Faqih” (guardianship-based political system), unlike the old guard. The assassination united the Iranian people under the national flag: it was not acceptable for millions of Iranians to see their General assassinated in such a cowardly manner by a drone and not even on the battlefield.

The reply was not long in coming: it came at the ballot when the conservatives won significantly over the pragmatists at the legislative elections. Undoubtedly, it will also be reflected in the 2021 Iranian presidential elections.

Over the last five years, since Iran started its heavy involvement in the war against ISIS in Iraq and Syria, it is a fact that Soleimani never even tried to stay below the radar. He was overtly travelling and exposing himself, thinking no country would dare to assassinate a General-Ambassador sent by his legitimate government to fight the “Islamic State” (ISIS) in Syria and Iraq at the request of both governments. The stature of Soleimani cannot even be compared with that of ISIS leader Abu Bakr al-Baghdadi, the late ISIS emir killed by the US. Although Soleimani was a coordinator working with many groups and countries fighting against US dominance and occupation, he also acted as official Envoy between Tehran and Baghdad and a Military Advisor to the Iraqi government.

Trump killed the maestro who used to reach and control heavily armed groups in the Lebanon, Palestine, Syria, Iraq, Yemen and Afghanistan. When Iran and the US agreed to stop all hostilities – this had happened before over Iraq and Afghanistan in many circumstances – Soleimani was ready to use his influence to cease or slow down potential attacks against the US forces.

Today, the US has no interlocutor to reach a similar agreement. The new commander who replaced Soleimani, General Ismail Qaani needs time to acquire comparable influence over the various groups spread over the vast Middle Eastern geography. General Qaani was Soleimani’s second in command for over a decade and is well-informed about all IRGC-Quds brigade activities. It was Soleimani who advised the Iranian leadership to choose Qaani as his successor. Soleimani had a team of high-ranking officers in his office that kept the contact on the ground with all Iran’s allies. Qaani inherited that from 3rd January 2020.

It is correct to say that Soleimani was a decision-maker with the power to convince Sayyed Ali Khamenei and the Iranian political leadership when seeking support for Iran’s allies. It is the Iranian government that provides financial support to Iran’s allies. However, whenever the budget doesn’t suffice, the role of Soleimani became crucial to secure further financial aid and weapons despite the maximum economic pressure Iran has been under.

Therefore, the role of Qaani or any future commander of the Quds brigade (a brigade that deals only with foreign allies) is important because Iran needs to keep a close eye on its allies and their needs to retain the “potent hand to strike with” and to defend their own goals, matching those of the “Islamic Republic”.

There is little doubt that the US aimed to weaken Iran further. However, the assassination of Soleimani triggered the enactment of binding parliamentary legislation in the Iraqi parliament ordering all US forces to leave the country. This objective was impossible for Soleimani to reach while alive. Again, the Iraqi parliament’s decision, impossible when he was alive, was only possible following his assassination. In Lebanon, Syria, Iraq and Palestine, Iran decided to transfer the technology and manufacture of precision missiles locally. The essential components of these precision missiles are shipped to these countries. Iran’s allies have more precision missiles they can stock and can use for defence if there is any larger war against Iran (if ever the US-Israel alliance decides to engage in a war any time in the future, and if Iran’s allies’ participation is needed). In Syria, Israel carried out hundreds of air attacks to promote Iran’s withdrawal and weaken the Syrian government. But with or without Soleimani, Iran maintained its influence and presence in the Levant, making significant strategic military advances on the Saraqeb-Idlib front after the assassination of Soleimani.

Iran transferred precision weapon technology to Syria, where missile factories have been established and sent several oil tankers challenging the US-EU blockage and sanctions. The US assassination permitted Iran, for the first time, to challenge the US face-to-face. No drones were sent from Yemen to hit a US target and Hezbollah did not launch an attack on Israel to avenge Soleimani. It was Sayyed Khamenei who decided to be present in the command-and-control room and who gave the order to launch a dozen missiles against the largest US base at Ayn al-Assad, in Anbar province, Iraq.

Before assassinating Soleimani, President Trump visited the isolated US base in western Iraq. Although the US spent 7 trillion dollars in Iraq since 2003, Trump had a difficult time when he flew to Mesopotamia to visit the US forces. He had concerns flying onboard a “darkened plane, with all windows closed, with no lights on whatsoever, everywhere pitch black”. The Iranian General Ismail Qaani on the other hand has visited Iraq over a dozen times in the last months, where he met with the Prime Minister Mustafa al-Kadhemi and with Iraqi political and organisation leaders. Iran has supplied its allies in Iraq with precision missiles and enough armaments to expel any occupation force

The assassination of Soleimani hit hard: this was due to the importance that Iran and the “Axis of the Resistance” gave to the personality of Soleimani. Many people who worked closely with Soleimani said he was a charismatic commander, modest, generous and always on the frontline. But his absence is far from a death blow to Iran’s strategic goals.

There is nothing for Iran to adjust. On the contrary, its main objective (and that of its allies), has been advanced. Iranian leaders and their allies have assumed new responsibilities and a clear goal: expelling the US forces from west Asia!

0 thoughts on “Iran one year on: what did the assassination of Qassem Soleimani achieve?”