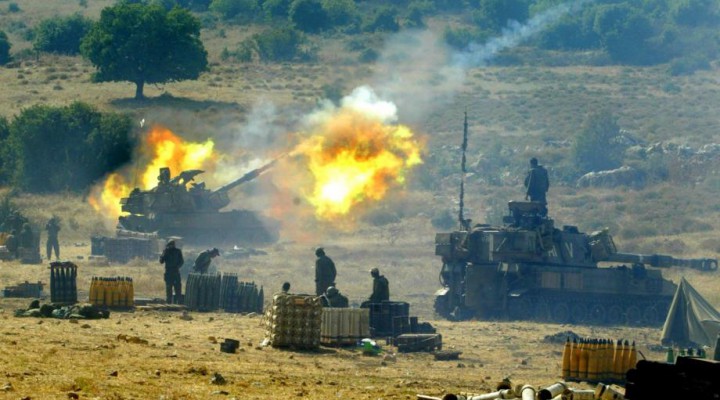 When a state incessantly conducts a succession of military exercises, both small and large-scale, and obsessively trumpets them in the domestic media, that usually means there’s an internal problem that needs addressing. A nervous public has to be reassured that its doubts about the state’s military preparedness to confront a supposed threat are misplaced.

This certainly applies to the month-long military exercise which Israel announced would begin in the last week of May, involving air, naval, and ground forces as well as US refuelling aircraft tasked with helping Israeli fighter jets reach their targets.

Israeli PR says these exercises will simulate a full-scale war against Iran and its allies in the region — like Hezbollah in Lebanon and Hamas and Islamic Jihad in the Gaza Strip — aimed at destroying Iranian nuclear facilities.

Speaking at a symposium at Reichman University on Tuesday, Israeli Defence Minister Benny Gantz claimed Iran had started making 1,000 advanced IR6 uranium enrichment centrifuges to install underground at the Natanz nuclear facility and is closer than ever to developing nuclear warheads.

The Israeli military establishment is using these exercises and statements to signal that the military option is still on the table, and that the US remains a partner in any war to destroy Iran’s nuclear installations.

For the past decade and more, Israel has been conducting drills, issuing threats, mounting acts of aggression, and assassinating Iranian nuclear scientists. Yet Iran has continued to build its nuclear programme, raise its uranium enrichment levels, develop its missile systems, and enhance the military capabilities of its allies.

If the aim of this propaganda exercise is to intimidate Iran into making concessions at the Vienna negotiations on renewed a nuclear deal, it is a losing bet. This approach has proven ineffective with Iran’s current political and military leadership, which is more united now than ever.

Iran is in no hurry to reach a nuclear deal with the US that may not last more than a couple of years if the current unpopular Democratic administration loses power. Time is on its side, especially with the US and its European allies embroiled in a costly war of attrition in Ukraine. The US would not be foolish enough to wage another parallel war in the Middle East on behalf of an Israeli state that feigns neutrality and tries to play all sides.

Iran is in a strong position. It has managed to break the US blockade and now exports some two million barrels of oil per day — at prices that have tripled and could soon rise higher. It has little incentive to make the concessions demanded by Washington for the Vienna talks to succeed unless its own terms are met in full. This US is unlikely to agree to that as it would be seen as a capitulation.

Israel can conduct all the military exercises it wants. It could even try attacking Iran in an attempt to destroy its nuclear facilities. But what would happen next? Would Iran and its allies in Lebanon, Gaza, Iraq, Yemen and Syria stand idly by and take the blow without retaliating?

Iran’s National Security Advisor Gen. Ali Shamkhani provided the response some time ago. He remarked that if Israeli warplanes carry out air raids against Iran, they won’t be able to return because there will be no airports left for them to land in. Understand from that what you will.

0 thoughts on “Israel flexes its muscles, yet again”