HOME / WORLD / Timing is everything: Unpacking Assad’s visit to Tehran 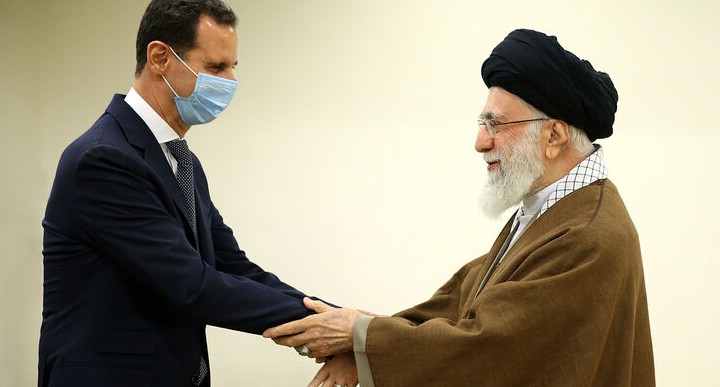 Major political salvos across West Asia have heightened tensions, and the main parties are rushing to calibrate their next moves and new responses.

Since the onset of the brutal war against Syria in 2011, Syrian President Bashar al-Assad rarely travels abroad. His rare foreign visits are carefully calculated and devised to discuss strategic issues of great importance, politically, militarily and economically.

In the last decade, Assad has restricted these visits to only two capitals, Moscow and Tehran. The only exception was his surprise trip last March to Abu Dhabi, the capital of the United Arab Emirates, which followed an Emirati outreach to Damascus an previous months.

In this context, any foreign trip by the Syrian president always draws interest. His visit to Tehran last Sunday, during which he met the Iranian Supreme Leader Ali Khamenei and Iranian President Ebrahim Raisi, was not announced for security reasons until after its completion and his return to Damascus. This is something that does not need to be explained as the man is a target, especially for the United States of America and the Israeli occupation state.

Little information about Assad’s visit was available, as the parties only provided media with photos of his two meetings with Khamenei and Raisi. However, the timing of his trip can tell us a lot more about its purpose.

The reasons for Assad’s visit to Tehran can be summarized in the following five points:

First: It coincided with the start of the largest Israeli military maneuvers of its kind near the Syrian and Lebanese borders, amid reports and rumors of preparations to launch a major war against the Axis of Resistance, especially Syria, Iran and Hezbollah. Tel Aviv is in the grips of terror due to the escalation of the strength of this Axis, Israel’s failure to impact Vienna negotiations, and Iran’s closeness to acquiring nuclear weapons capabilities.

Second: In his speech on the International Quds Day (April 29), the Secretary-General of the Lebanese resistance group Hezbollah, Sayyed Hassan Nasrallah, affirmed that Iran and its resistance alliance will retaliate against any Israeli aggression in Syria. He stressed that the notion of a “response in the right time and place” has gone irreversibly, which requires Syrian-Iranian coordination at highest levels, in preparation for an upcoming confrontation on Syrian soil that may turn into an all-out war.

Third: Lebanon is about to enter a critical and sensitive stage beginning on 15 May, with the holding of parliamentary elections that are neck-deep in foreign interference, especially from the United States, France, Saudi Arabia and Iran. The results of these elections may lead to political and military confrontations if they do not conform to the calculations of some internal parties and their supporters abroad.

Fourth: After the Russian military operation in Ukraine commenced, the Arab region has witnessed new political and military rules of engagement, which may lead to a dramatic change in regional and international alliances. Recently, we witnessed an Egyptian, Saudi, and Emirati rapprochement with Russia – and a sharp rise in their tensions with their historic American ally – after the Arab states rejected Washington’s request to increase gas and oil production to lower prices and replace the disruption of Russian energy sources to Europe.

Fifth: Syria is facing a severe energy crisis due to the US occupation of gas and oil wells east of the Euphrates, and the suffocating US siege and blockade imposed on the entire country. Iran is Damascus’ only lifeline as Syrian cities plunge into darkness due to power outages, with the onset of the hot summer months looming.

Far from anticipating events and rushing into speculations that may not be accurate, it can be said, with great caution, that this June may be hot indeed – similar to countless previous ‘Junes’ that witnessed the outbreak of many of the Arab region’s wars over the past 75 years.

After the Russian-Ukrainian war, it is clear that Moscow has found Damascus and Tehran to be reliable allies, and Israel to be an ungrateful friend that supports Ukraine’s President Volodymyr Zelensky and stands openly on the American side. While Tel Aviv initially sought to position itself as a neutral party to the conflict, that notion dissipated quickly with a statement by its Foreign Minister Yair Lapid, who condemned the “Russian invasion” as a “war crime.”

The escalating war of words between Russia and Israel may have provided Iran and Syria with a green light to respond to any Israeli aggression, and thus lifted the ban on the Syrian Arab Army’s use of the Russian “S-300” missiles to counter Israeli air strikes on Syrian territory.

Moscow’s welcoming of a Hamas delegation in recent days only appears to solidify the view that Russia’s position on Israel may be shifting – whether this is a major policy shift, or merely a harsh warning to deter Tel Aviv, is yet unknown.

The next major Israeli raid on Iranian targets on Syrian territory, if it happens, may be the real test, and we are waiting on pins and needles for its outcome.

Vanessa Beeley | The plague of forever war in Syria

One thought on “Timing is everything: Unpacking Assad’s visit to Tehran”