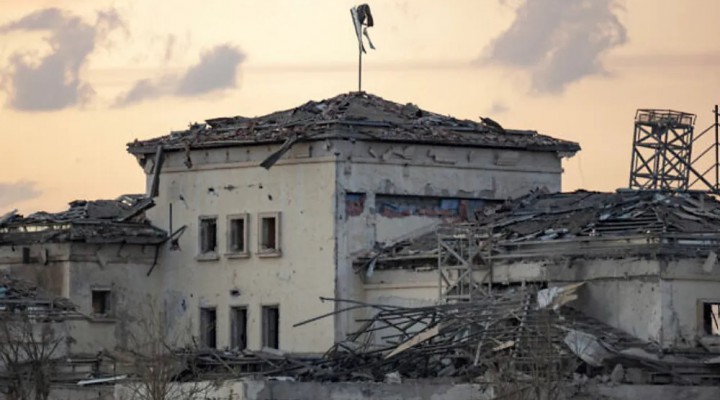 On Sunday, Iran’s Revolutionary Guards (IRGC) officially took responsibility for an attack targeting ‘strategic centres’ of the Israeli external intelligence agency Mossad in Erbil in northern Iraq. It said in a statement that the strike was carried out using a dozen ballistic missiles launched from Iranian territory.

These missiles did not, in my view, only destroy the Mossad facility in Erbil. They also wrecked the nuclear talks with the six big powers in Vienna. And they proclaimed the death of Wednesday’s fifth round of negotiations in Baghdad with Saudi Arabia in protest at its execution of 81 people, the majority Shia from the Eastern Province.

Most importantly, they signal the start of a new stage of Iranian assertiveness on several fronts: especially the Israeli front, followed by the Yemeni front, and extending to the Ukrainian front.

To cover itself and conceal its embarrassment, the Erbil government said the missiles targeted the new US consulate building and an adjoining residential area. This was an attempt to cast aspersions on the Iranian account and deny its implication that there was a Mossad centre in its capital. But it was unconvincing. Secret intelligence centres are bound to be located discreetly in residential or similar areas, Mossad’s especially. It was hardly likely to be flying an Israeli flag on a mast-post.

The main point here is that the IRGC had vowed to retaliate for the killing of two Iranians in an Israeli airstrike on southern Damascus early last Monday. It has now delivered on its promise in less than a week and taken retribution — answering those critics who taunted it for not responding to previous Israeli attacks. It went on to threaten a ‘decisive and destructive’ reaction to any further Israeli actions against it. That means every future Israeli raid on Iranian targets in Syria will elicit a swift riposte. The ‘appropriate response at the appropriate time’ doctrine has been ditched, seemingly, for good.

These missiles sent a powerful message not only to Israel but also — if they indeed also targeted the new US consulate building as per the Erbil government’s account — its American benefactor. That site was conceived as a part-replacement for the gargantuan US embassy in Baghdad, after it became unsafe and fell under the mercy of the Popular Mobilisation factions’ rockets. The IRGC effectively said: we can keep going after you wherever you flee.
This time, the IGRC retaliated for the killing of its members against the Mossad in Erbil. But that may be the harbinger of a new policy of strategic retaliation that could extend to Israeli targets in occupied Palestine or elsewhere, either directly or indirectly via allied local resistance forces.

Israeli is aware of this re-think, and took the Iranian threat to avenge the death of the two IRGC members seriously. It declared a state of alert on the northern front on the assumption that the retaliation would be carried out by Hezbollah. But the IGRC opted to hit Israel’s sensitive nerve centre in Erbil itself, and not to delegate the task.
This amounts to a major change in the rules of engagement, and it needs to be taken into account.

Iran’s critics used to ask why it never retaliated in the Golan Heights. That was a logical and pertinent question, but it could be answered with another: why did Israeli airstrikes kill IRGC members only in Syria, but not in Iran or even Iraq?

Yes, Iraq has become a field of battle between Iran and Israel. But what is to blame for that other than the US occupation of the country — which served Israel’s interests first and foremost, and was intended to allay its concerns about a powerful Iraq? And what is Mossad doing in northern Iraq? Didn’t we see the Israeli flag raised there during the famous Kurdish independence referendum, and pro-Israel cheerleaders dance for joy at the prospect of Iraq being broken up?

The American Era is expiring, and the US’ war in Ukraine may prove to be its last. Its allies, and Israel’s clients, in the Arab World ought to be worrying. There’s more to come.