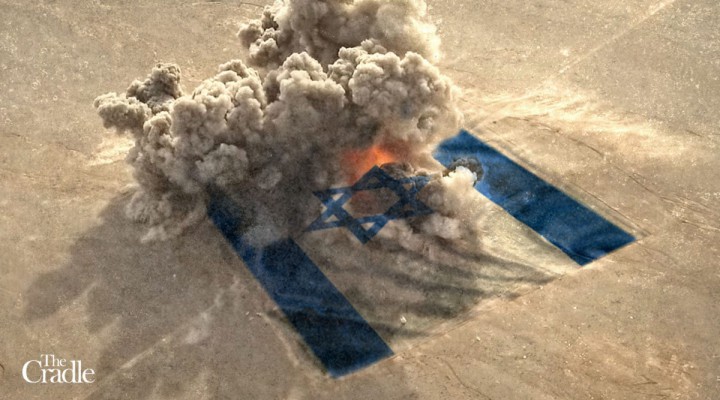 Three targets are dead and seven others have sustained critical injuries in Iranian missile strikes on a secret Israeli Mossad compound in Erbil early in the morning of 13 March, a senior Iranian security source, speaking exclusively to The Cradle, has revealed.

“This operation sends a message to all countries in the region that Iran is sensitive to the Israeli regime’s activities near its borders and does not tolerate it.”

The Islamic Revolutionary Guards Corp (IRGC) salvo of 12 Fateh Iranian missiles struck the Mossad base at 1:20am, “at a symbolic hour when the resistance commanders were assassinated,” says the source – a reference to the US/Israeli assassinations of Iranian Quds Force Commander Qassem Soleimani and Iraqi Deputy Commander of the Popular Mobilization Units (PMU) Abu Mahdi al-Muhandes on 3 January 2020.

“The operation has so far killed three people, two of them senior officers, and estimates show seven wounded, some of whom are probably in critical condition,” he said.

Shortly after the operation, the source says an air ambulance was requested from Stuttgart, Germany, which landed in Qatar due to security concerns. US forces reportedly used a C130 aircraft to transport the bodies and wounded to the ambulance.

The Iranian security source claims that the IRGC operation was conducted in direct retaliation for a 14 February Israeli attack on an IRGC-operated drone base in the Mahidasht district of Kermanshah, inside Iran. “Fortunately, we did not have any casualties, but once the source of this [Israeli] attack was identified as originating from Iraq, [Sunday’s] operation was put on the agenda.”

The source also confirmed that the missile strikes were not in retaliation for Israel’s killing of two IRGC members in an airstrike near Damascus on 8 March, as reported by various foreign media outlets. He said Iran has reserved the right to retaliate for that incident at a later date.

The source describes the Mossad base in Erbil as “unofficial and hidden – in the form of two villas that had a normal appearance.” Iranian reconnaissance had observed several things in the lead up to the operation, however:

“The structure of these two villas had two roofs that completely protected it from 240mm missiles. An explosion-proof engineering roof under a shock-absorbing roof that had two layers under the gable roof.”

He says the post-operation images confirms this assessment. The building, despite being hit by 12 missiles, still maintains its structural integrity.

Iranian intel had also observed, over a period of time, that non-Israelis were not allowed to enter the area and that only the external protection of the area was conducted by “regional security forces,” identified by the source as Parastin, the Kurdish intel security forces. Kurds were otherwise forbidden access to the facilities.

The source adds: “this facility was a place of entertainment for the [Israeli] regime’s officers and cyber-electronic staff based in the region, so there was not much traffic during the week, and we mostly saw their presence on the weekends.”

At the time of the IRGC’s missile strike last weekend, he says: “more than 10 people had entered the facility.”

Iraq does not allow Israeli nationals to visit the country and has strict laws, reinforced last year, that prohibit any Iraqi interaction with the state of Israel.