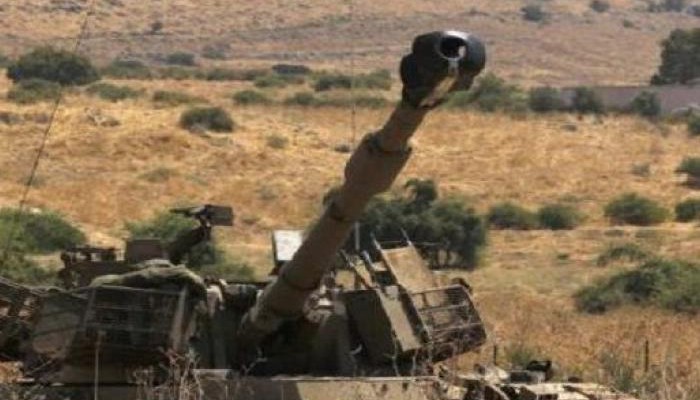 The power-balance is shifting, and attacks will no longer go unanswered

Hezbollah leader Hassan Nasrallah made a crucial point in his speech at the weekend explaining the group’s latest barrage of retaliatory missile fire against Israeli-occupied territory: that Lebanon’s all-pervading domestic crisis will not distract it from facing up to the Israeli threat; that it will respond to any air strike or attack immediately without hesitation; and that Lebanese airspace is no longer open for Israeli aircraft to operate in at will.

Israel’s political and military chiefs miscalculated, perhaps for the tenth time or more, in supposing that Hezbollah’s preoccupation with the internal crisis would prevent it from reacting to the latest Israeli air strike. Its response exposed the limitations of Israel’s military intelligence and expertise, which it touts as infallible and sells for hundreds of millions of dollars to normalizing Arab regimes.

Nasrallah stressed that future responses to Israeli attacks would be ‘appropriate and proportionate’ and could be carried out in the occupied Palestinian interior or the occupied Golan Heights. The recent exchange of artillery and missile fire targeting uninhabited areas on both sides is a clear expression of this new equation and its application in practice, which may soon extend to the Syrian front.

Israeli leaders are well aware that the missiles fired by Hezbollah were of an old and imprecise variety and were intended to send out the above message rather than inflict damage. Similar projectiles were used by the resistance groups in Gaza to successfully distract the Iron Dome system and deplete its missiles.

Israeli leaders and settlers alike are alarmed by the proliferation of open fronts against them these days. The situation on the northern border with Lebanon increasingly resembles that on the borders with the Gaza Strip. There is also the ‘shipping war’ in the Gulf in which Iran is gaining the upper hand: the Americans and British are rolling back from their threats to retaliate against it for last week’s drone attack on the Israeli-operated tanker Mercer Street in the Arabian Sea.

The impact of all this on Israeli morale is far greater and more important than the material effect. It undermines confidence in the state, army and military and security establishments, and exposes the failings of the ruling political class. If Israeli morale was low during the recent Gaza war, it plummeted further after the recent Hezbollah missile strike.

Naftali Bennett turned to the U.S. defense secretary, pleading with him to intervene to stop Hezbollah’s missiles, just as his predecessor Binyamin Netanyahu implored President Joe Biden to intercede with Egypt’s leadership to achieve a ceasefire in the recent Gaza war.

Is this the same Israel that used to settle wars in six days, burst through borders, destroy nuclear reactors, and invade and occupy Arab lands at will?

Bennett and his allies in government, just like Netanyahu before them, know there are hundreds of thousands of precision missiles waiting to respond to any folly they commit. The head of Iran’s National Security Council Gen. Ali Shamkhani once remarked that any Israeli warplanes that dared bomb his country would find no bases to land at when they returned. The next round of missiles may not be long in coming.