HOME / WORLD / Is Russia Recalibrating Its De Facto Alliance With Israel In Syria? 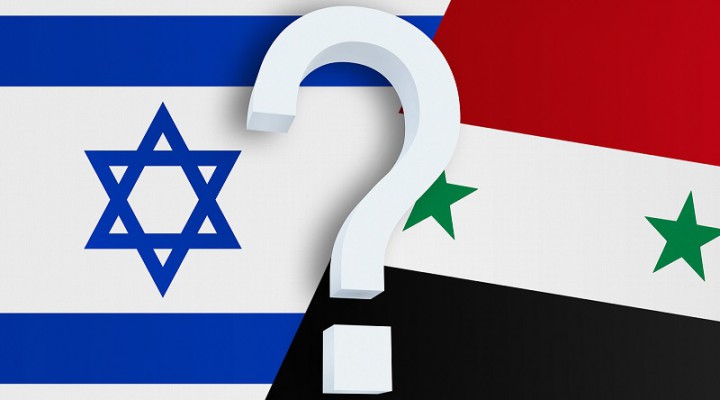 Last month’s revelation by a representative of the Russian Armed Forces that the Syrian-manned anti-air systems that his country dispatched to the Arab Republic successfully downed most “Israeli” missiles during a recent strike suggest that the Eurasian Great Power might be recalibrating its de facto alliance with the self-professed “Jewish State”.

Russia and “Israel” have been de facto allies in Syria for over the past half-decade as I argued at length over the years, especially in my top four analyses on the subject here, here (which lists 15 other pertinent ones), here, and here. To summarize, Russia sought to actively “balance” Iranian influence in Syria which it regards as regionally destabilizing due to its reported role in organizing attacks against the self-professed “Jewish State” from the Arab Republic’s territory. Moscow was motivated by the desire to comprehensively expand its ties with Tel Aviv, which it also expected would improve its geostrategic positioning vis-a-vis Washington by gradually becoming “Israel’s” most significant regional security partner.

It advanced this aim by “passively facilitating” literally hundreds of “Israeli” strikes against the IRGC and Hezbollah there, which importantly were never thwarted by Syria’s Russian-supplied S-300s from a few years back due to what some believe is the Kremlin’s continued refusal to transfer full operational control over these systems to Damascus. The thinking goes that if Syria succeeded in downing any more “Israeli” jets in self-defense, then Tel Aviv would be triggered into launching a disproportionate response against its neighbor that could completely cripple its military and therefore inadvertently reverse Russia’s recent anti-terrorist gains in the country. The Kremlin calculated that it’s better to give “Israel” freedom of the skies than risk that scenario.

This strategy seems to be changing though as evidenced by a Russian Armed Forces representative revealing late last month that the Syrian-manned anti-air systems that his country dispatched to the Arab Republic successfully downed most “Israeli” missiles during a recent strike. This suggests that the Eurasian Great Power might be recalibrating its de facto alliance with the self-professed “Jewish State”. It’s unclear exactly what Moscow’s motivations may be, but some educated hypotheses might suffice for pointing sincere observers in the right direction. These are the recent removal of President Putin’s close friend Netanyahu from power; the ongoing efforts to clinch a “New Detente” with the US; and restoring regional geostrategic balance.

In the order that they were mentioned, the first development might have resulted in the coming to power of influential forces that don’t share Netanyahu’s vision of a de facto Russian-”Israeli” alliance. Those individuals can speculatively be described as more pro-American than pro-”Israeli” in the sense that they’d prefer to put their traditional patron’s interests before their own polity’s. To explain, regardless of however one feels about Netanyahu’s legacy, he was nevertheless very successful in comprehensively improving relations with Russia, which in turn made “Israel” less dependent on the US’ regional security services for defending his polity’s interests. His successor and that man’s team might feel more comfortable returning under the US umbrella.

The second point is pertinent insofar as it’s increasingly clear that the US and Russia are attempting to negotiate a series of “mutual compromises” across a wide array of spheres following June’s Biden-Putin Summit in Geneva. Russia wants to relieve American pressure along its western flank in order to focus more on its “Ummah Pivot” for reducing potentially disproportionate dependence on China in the future while the US wants to refocus the bulk of its strategic efforts on more aggressively “containing” China in the “Indo-Pacific”. “Israel”, which is important to both of their interests, might have come to be treated as little more than a piece to be traded by Russia on this “Great Power Chessboard” in exchange for US “compromises” elsewhere.

Finally, this might simply be due to Russia realizing that “Israel” is now far too strong and must therefore be “gently” balanced through increased military (and specifically anti-air) assistance to Syria. After all, one of the primary reasons why Russia de facto allied with “Israel” in the first place is because Iran was becoming too strong in the region and thus had to be balanced according to the Kremlin’s geostrategic calculations. It would therefore be natural for Russia to temporarily recalibrate its balancing strategy in light of succeeding so well with its earlier motivation. This suggests that Russia might eventually oscillate back towards “Israel” if/once Iran regains its momentum, and so on and so forth in accordance with the Kremlin’s Eurasian balancing strategy.

While a lot still remains unclear at the moment, all that can be known for sure is that Russia wanted the world to know that it credibly bolstered Syria’s air defense capabilities, which certainly hints that it’s actively recalibrating its balancing act and in particular the “Israeli” dimension thereof. It’s unknown exactly how far it’ll go and whether it’ll ever cross the Rubicon that many Non-Russian Pro-Russians (NRPRs) have been practically begging for with respect to letting Syria finally use the S-300s to shoot down attacking “Israeli” jets, but it’s obvious that something has changed even though the reasons for this perceptible shift are debatable and could even potentially be a combination of each of the three earlier described hypotheses.

0 thoughts on “Is Russia Recalibrating Its De Facto Alliance With Israel In Syria?”