HOME / WORLD / Was the Tanker Attack an Israeli False Flag? 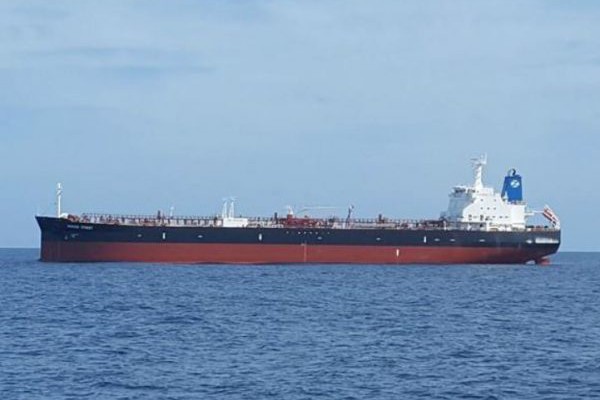 An incident that could lead to a much bigger war

In the United States we now live under a government that largely operates in secret, headed by an executive that ignores the constitutional separation of powers and backed by a legislature that is more interested in social engineering than in benefitting the American people. The US, together with its best friend and faux ally Israel, has become the ultimate rogue nation, asserting its right to attack anyone at any time who refuses to recognize Washington’s leadership. America is a country in decline, its influence having been eroded by a string of foreign policy and military disasters starting with Vietnam and more recently including Iraq, Afghanistan, Libya, Syria, Yemen and the Ukraine. As a result, respect for the United States has plummeted most particularly over the past twenty years since the War on Terror was declared and the country has become a debtor nation as it prints money to sustain a pointless policy of global hegemony which no one else either desires or respects.

It has been argued in some circles that the hopelessly ignorant Donald Trump and the dementia plagued Joe Biden have done one positive thing, and that has been to keep us out of an actual shooting war with anyone able to retaliate in kind, which means in practice Russia and possibly China. Even if that were so, one might question a clumsy foreign policy devoid of any genuine national interest that is a train wreck waiting to happen. It has no off switch and has pushed America’s two principal rivals into becoming willy-nilly de facto enemies, something which neither Moscow nor Beijing wished to see develop.

Contrary to the claims that Trump and Biden are war-shy, both men have in fact committed war crimes by carrying out attacks on targets in both Syria and Iraq, to include the assassination of senior Iranian general Qasim Soleimani in January 2020. Though it was claimed at the time that the attacks were retaliatory, evidence supporting that view was either non-existent or deliberately fabricated.

Part of the problem for Washington is that the US had inextricably tied itself to worthless so-called allies in the Middle East, most notably Israel and Saudi Arabia. The real danger is not that Joe Biden or Kamala Harris will do something really stupid but rather that Riyadh or Jerusalem will get involved in something over their heads and demand, as “allies,” that they be bailed out by Uncle Sam. Biden will be unable to resist, particularly if it is the Israel Lobby that is doing the pushing.

Perhaps one of the more interesting news plus analysis articles along those lines that I have read in a while appeared last week in the Business Insider, written by one Mitchell Plitnick, who is described as president of ReThinking Foreign Policy. The article bears the headline “Russia and Israel may be on a collision course in Syria” and it argues that Russia’s commitment to Syria and Israel’s interest in actively deterring Iran and its proxies are irreconcilable, with the US ending up in an extremely difficult position which could easily lead to its involvement in what could become a new shooting war. The White House would have to tread very carefully as it would likely want to avoid sending the wrong signals either to Moscow or Jerusalem, but that realization may be beyond the thinking of the warhawks on the National Security Council.

To place the Plitnick article in its current context of rumors of wars, one might cite yet another piece in Business Insider about the July 30th explosive drone attack on an oil tanker off the coast of Oman in the northern Indian Ocean, which killed two crewmen, a Briton and a Romanian. The bombing was immediately attributed to Iran by both Israel and Washington, though the only proof presented was that the fragments of the drone appeared to demonstrate that it was Iranian made, which means little as the device is available to and used by various players throughout the Middle East and in central Asia.

The tanker in question was the MT Mercer Street, sailing under a Liberian flag but Japanese-owned and managed by Zodiac Maritime, an international ship management company headquartered in London and owned by Israeli shipping magnate Eyal Ofer. It was empty, sailing to pick up a cargo, and had a mixed international crew. Inevitably, initial media reporting depended on analysis by the US and Israel, which saw the attack as a warning or retaliatory strike executed or ordered by the newly elected government currently assuming control in Tehran.

US Secretary of State Tony Blinken, who could not possibly have known who carried out the attack, was not shy about expressing his “authoritative” viewpoint, asserting that “We are confident that Iran conducted this attack. We are working with our partners to consider our next steps and consulting with governments inside the region and beyond on an appropriate response, which will be forthcoming.”

The US Central Command (CENTCOM) also all too quickly pointed to Iran, stating that “The use of Iranian designed and produced one way attack ‘kamikaze’ UAVs is a growing trend in the region. They are actively used by Iran and their proxies against coalition forces in the region, to include targets in Saudi Arabia and Iraq.”

Tehran denied that it had carried out the attack but the Israeli Defense Minister Benny Gantz was not accepting that and threatened to attack Iran, saying predictably that “We are at a point where we need to take military action against Iran. The world needs to take action against Iran now… Now is the time for deeds — words are not enough. … It is time for diplomatic, economic and even military deeds. Otherwise the attacks will continue.” Gantz also confirmed that “Israel is ready to attack Iran, yes…”

New Israeli Prime Minister Naftali Bennett also made the same demand, saying Israel could “…act alone. They can’t sit calmly in Tehran while igniting the entire Middle East — that’s over. We are working to enlist the whole world, but when the time comes, we know how to act alone.” If the level of verbal vituperation coming out of Israel is anything to go by, an attack on Iran would appear to be imminent.

After the attack on the MT Mercer Street, there soon followed the panicked account the panicked account of an alleged hijacking of a second tanker by personnel initially reported to be wearing “Iranian military uniforms.” The “…hijacking incident in international waters in the Gulf of Oman” ended peacefully however. The US State Department subsequently reported that “We can confirm that personnel have left the Panama-flagged Asphalt Princess… We believe that these personnel were Iranian, but we’re not in a position to confirm this at this time.”

So, the United States government does not actually know who did what to whom but is evidently willing to indict Iran and look the other way if Israel should choose to start a war. Conservative columnist Pat Buchanan is right to compare the drone attack on the Mercer Street to the alleged Gulf of Tonkin Incident in 1964, which was deliberately distorted by the Lyndon B. Johnson Administration and used to justify rapid escalation of US involvement in the Vietnam War. Buchanan observes that it is by no means clear that Iran was behind the Mercer Street attack and there are a number of good reasons to doubt it, including Iranian hopes to have sanctions against its economy lifted which will require best behavior. Also, Iran would have known that it would be blamed for such an incident in any event, so why should it risk going to war with Israel and the US, a war that it knows it cannot win?

Buchanan observes that whoever attacked the tanker wants war and also to derail any negotiations to de-sanction Iran, but he stops short of suggesting who that might be. The answer is of course Israel, engaging in a false flag operation employing an Iranian produced drone. And I would add to Buchanan’s comments that there is in any event a terrible stink of hypocrisy over the threat of war to avenge the tanker incident. Israel has attacked Iranian ships in the past and has been regularly bombing Syria in often successful attempts to kill Iranians who are, by the way, in the country at the invitation of its legitimate government. Zionist Joe Biden has yet to condemn those war crimes, nor has the suddenly aroused Tony Blinken. And Joe, who surely knows that neither Syria nor Iran threatens the United States, also continues to keep American troops in Syria, occupying a large part of the country, which directly confront the Kremlin’s forces. Israel wants a war that will inevitably involve the United States and maybe also Russia to some degree as collateral damage. Will it get that or will Biden have the courage to say “No!”

0 thoughts on “Was the Tanker Attack an Israeli False Flag?”