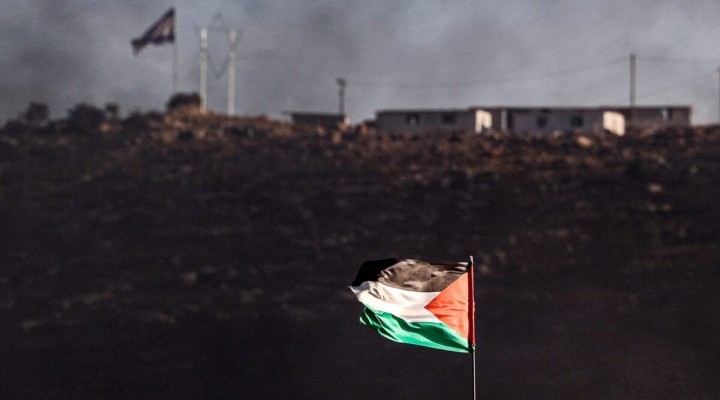 Following the signing of last year’s Abraham Accords brokered by the Trump administration, the international community woke up to the normalisation of Israel’s colonisation of Palestine; nobody seemed to be particularly averse to this. It is telling that while normalising relations between Israel and Arab states created a bit of a stir, the prior normalisation of Israel per se at an international level, first through its acceptance as a state and member of the UN, and later through the two-state compromise, upon which international consensus rests, must never be condemned.

The African Union’s (AU) decision to accept Israel as an observer state has been criticised as yet another achievement for the state’s diplomatic gains against the Palestinian people and rightly so. Africa still bears the scars of its own colonial history; the AU members ought to have known better than to lend their support to another settler-colonial entity which has been described as an “apartheid” state. If anyone knows the evils of apartheid, it should be countries in Africa, but apparently not.

In terms of the AU’s support for international consensus over Palestine, the two-state “solution” has not really been betrayed. The Palestinians themselves have, though, thanks to this internationally-imposed paradigm.

The AU Commission Chairman, Moussa Faki, reiterated the bloc’s commitment to the two-state compromise. “The path towards long lasting peace and stability requires that the peace process and the solutions sought must not only be acceptable, but must guarantee the rights of all parties,” he said.

To say that the AU betrayed its support for Palestine by embracing Israel is one thing, but the two-state paradigm itself is a betrayal of Palestine, international consensus or not. Just because certain countries agree on something, it doesn’t make it right or just.

What the AU has done is extend the impact of its conventional betrayal, which is overlooked because the international community apparently sees no contradiction in aligning itself with the settler-colonial state while claiming simultaneously to support the rights of the colonised people. As long as the claims to support Palestine retain political influence – this debacle is also supported by the Quisling Palestinian Authority – the lines will always be blurred, and always for Israel’s benefit.

Had the AU supported Palestinian liberation unequivocally, it would not have endorsed “two states”. The same goes for the rest of the world which does not want to see an end to Israeli colonialism.

The international community grasps the two-state paradigm to provide a veneer of support for Palestine, and the AU is doing the same. It can point to its commitment to the two-state compromise as support for the Palestinians, knowing full well that a state of Palestine is already far from viable and so is unlikely to come into being. In aligning itself with the rest of the international community, the AU has normalised Israel and its colonial politics and violence.

The union is thus engaged in a process which started with the 1947 UN Partition Plan, even though “two states” normalises the ethnic cleansing of the Palestinians from 1948 onwards as well as Israel’s colonial existence. The AU should indeed be criticised for its stance, as should all other countries that have normalised colonial Israel. The roots of this political travesty must not be forgotten.

The PA’s preference for pragmatism endorses all the historical wrongs inflicted upon the Palestinian people by the international community. We should now be asking why the Palestinian leadership has never challenged the roots of normalising Israel, even though Palestine is being eaten away by the settler-colonial state on a daily basis.