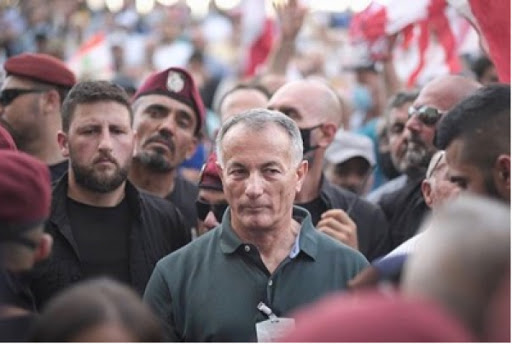 The Lebanese economy has collapsed in seven months. People are starting to go hungry. A solution is possible if the causes of the problem are properly analysed. However, it is still necessary to acknowledge one’s mistakes and to distinguish between what is structural and what emerges from regional problems. It is futile and defamatory to accuse the traditional enemy (Israel) or the brutal ally (the United States) of having caused a problem that has lasted for centuries and has become so anachronistic. It is also dangerous to ignore the evolution of Hezbollah’s current main ally (Iran).

A structural problem inherited from the past

From the beginning of the events in Lebanon, we stressed that the structural problem was not corruption, but the organization of this country according to a confessional community system [1]. Moreover, before the banking problem became public, we announced it and explained that, like all banks, Lebanese women have only one tenth of their deposits. Therefore, when a major political problem arises that undermines confidence, all banks are unable to repay their customers.

We continue to claim that the Lebanese are wrong to blame the corrupt. The people are solely responsible for having accepted the continuation of this feudal system, inherited from the Ottoman occupation, under the quilt of confessional communalism, inherited from the French occupation. It is always the same families who have controlled the country for centuries; the civil war (1975-90) having renewed them only slightly.

It is astonishing to hear the Muslims denying Ottoman colonisation and the Maronites boasting about their “Mother France” (sic). Of course, everyone has reasons for committing these errors, but it is not by blindly looking to the past that a viable future will be created.

Washington and Tel Aviv do not want to destroy Lebanon

The United States is clearly pushing against Hezbollah. However, as General Kenneth McKenzie, the commander of CentCom, said during his recent visit to Beirut, it is an indirect pressure on them against Iran. No one is thinking of destroying Hezbollah, which is the world’s first non-state army. No one is planning a war against Lebanon, especially not Israel.

This clarification is all the more necessary because the United States has threatened Lebanon with retaliation if it does not accept the iniquitous dividing line drawn by Ambassador Frederic Hof. It demarcates the Israeli and Lebanese maritime zones so as to facilitate the exploitation of gas reserves by Tel Aviv. They also put pressure on Lebanon, according to their tactical needs, against Syria: one day asking it to refrain from any intervention, the next day demanding that it take in and keep its refugees in order to sink the economy of Damascus.

As for Israel, this country is now governed simultaneously by two prime ministers. The first Prime Minister, Benjamin Netanyahu, is a colonialist in the Anglo-Saxon sense of the term. He intends to extend Israeli territory “from the Nile to the Euphrates” as symbolized by the two blue stripes of the Israeli flag. The second Prime Minister, Beny Gantz, is an Israeli nationalist who wants to live in peace with his neighbours. The two men paralyse each other, while Tsahal is worried about the devastation that Hezbollah would not fail to cause in Israel this time in the event of war.

The Persian project that no one wants

Lebanon is an artificial state designed by the French. It has no possibility of living in autarky and is necessarily dependent not only on its two neighbours, Syria and Israel, but also on the whole region.

US pressure is focused on Iran. Three weeks ago the military base in Tarchin (southwest of Tehran) exploded, prompting official statements of delay. Last week, seven small Iranian military ships exploded in the Gulf. This time, neither the Pentagon nor the Iranian army has communicated about it.

Since 2013, Sheikh Hassan Rohani’s (Shiite) Iran has changed goals. It has set itself as a strategic goal, officially adopted in 2016, the creation of a federation of states with Lebanon (Shiite relative majority), Syria (secular), Iraq (Shiite majority) and Azerbaijan (Turkish- Shiite). Hezbollah likened this project to the “Axis of Resistance” that had been formed in the face of Israeli and American invasions. However, it is not only Israel and the United States that are opposed to it, but also those who should constitute this federation. All of them are against the reconstitution of a Persian empire.

Sayyed Hassan Nasrallah, the Secretary General of Hezbollah, believes that this federation would be respectful of the different political systems of the states that make it up. Others, on the contrary, including supporters of the deputy secretary-general, Naïm Qassem, think that everyone should accept governance by sages as described by Plato in his book The Republic and instituted in Iran by Imam Rouhollah Khomeiny (a great specialist of the Greek philosopher) under the name of Velayat-e faqih. Hezbollah is no longer simply the Resistance network that pushed the Israeli occupier out of Lebanon. It has become a political party with its own tendencies and factions.

However, the Velayat-e faqih, seductive on paper has become in practice the authority of the Guide of the Revolution, Ayatollah Ali Khamenei. Iran will surely not succeed in extending this system to its allies, especially at a time when it is being challenged at home. It is a fact: everyone in the region, including its enemies, admires Hezbollah, but almost no one wants the Iranian project, nor can they count on the commitment of the sayyed Hassan Nasrallah alone.

Last week, Iran’s ambassador to Damascus publicly stated that he shares Russia’s objectives against the jihadist armies, but disagrees on the future of the region. For the first time, an Iranian official admitted what we have been writing for a long time: Russia and the United States also agree on this point. Neither of them want the so-called Shiite Federation of Resistance.

This week’s aggression by Azerbaijan (Turkish-Israeli) against Armenia (Russian-Orthodox), outside the traditional confrontation zone of Nagorno-Karabakh, shows that the problem of this Federation project is spreading in the region.

Hezbollah’s renunciation of this fantasy would have serious consequences because it would dissolve the dream of a new Persian empire. But since no one wants it and it is not likely to see the light of day, the Party of God prefers to maintain doubt about its position and take advantage of its Iranian ally for as long as possible.

Pressure from the United States is aimed at forcing Hezbollah to take this step. It would be enough for the Party of God to declare that it does not choose this Federation of the Resistance project for the aggressiveness of Washington and its own allies towards it to subside.

How can Lebanon be healed?

However, this would in no way solve Lebanon’s current problem. It would require everyone to renounce their confessional community privileges, i.e. not only Maronites as President of the Republic, Sunnis as Prime Minister and Shiites as President of the National Assembly; but also reserved seats in the National Assembly; and all sectarian forms of distribution of posts in the civil service. Only then will the Lebanese be able to proclaim the equality of all their citizens according to the principle of “one man, one vote” and finally become the democracy they have always claimed to be and never have been.

This gigantic project should put an end to centuries of confessionalism without provoking civil war. It is therefore almost impossible to achieve this without going through an authoritarian phase, the only one capable of paralysing antagonisms during the transition period. Whoever plays the role of reformer must both have the support of the majority and not be in conflict with any of the 17 confessional communities.

There are those who favour General Shamel Roukoz, the winner of Fatah al-Islam (Battle of Nahr al-Bared, 2007) and Sheikh Ahmed al-Assir (Battle of Sidon, 2013). But this prestigious soldier has the misfortune of being one of the sons-in-law of President Michel Aoun which, because of the confessional division, made him miss his appointment as head of the Armed Forces. The United States hopes that the one who was finally appointed to this position, General Joseph Aoun (no relation to the previous one), will seize power. To regain his chances, General Chamel Roukoz has just called for the resignation of the “three presidents” of the Republic (his father-in-law), the government and the National Assembly.

The regular army has never been given the necessary weapons to defend the country and is therefore relying on Hezbollah to prevent a new Israeli invasion. Chamel Roukoz and Joseph Aoun have always maintained good relations with the Party of God. They both have an image of impartiality in all communities.

Hezbollah, the source of all troubles in Lebanon and the Middle East

0 thoughts on “Lebanon faced with its responsibilities”