HOME / WORLD / Hezbollah between two fires: its own society and its domestic allies 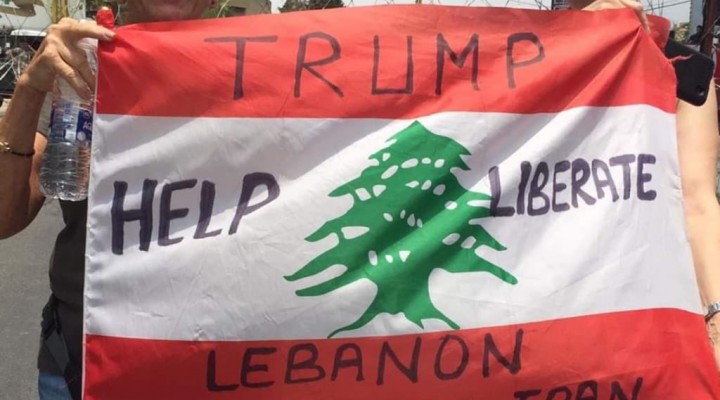 Lebanese Hezbollah Secretary General Sayyed Hassan Nasrallah enjoys unparalleled support among Shia in Lebanon and more broadly among the “Axis of the Resistance” he is leading. He is the most famous leader in Lebanon and is highly respected and heeded by both followers and enemies, particularly Israel. However, since the financial situation in Lebanon has sharply deteriorated, he is no longer in an enviable position and will need exceptional skills to keep Lebanon united at a time when his supposed political allies are exhibiting unfriendly behaviour. Hezbollah’s followers and Hezbollah’s political allies are no longer in harmony. Tensions are now reaching unprecedented levels, not only in social media, but also with regard to political choices. The reasons are many.

Sayyid Nasrallah has uncontested influence over his supporters to the extent that most of them echo the word of “Sayyid”- as he is called by his followers who also use the acronym “Samahto”, the Arabic terms meaning his eminence, a religious title. His speeches become a roadmap to followers, analysts, journalists and politicians, and details of his political views and ideas are repeated on most media platforms.

But this does not prevent members of the society that bred Hezbollah – of which Hezbollah is an integral part – from disagreeing with the Sayyid’s statements with regard to his political bond to his allies, in particular the largest Christian party “Tayyar al Watani al-Hurr”, the Free Patriotic Movement (FPM). In fact, Hezbollah’s supporters have decided to bypass Sayyid’s recommendations and “ride the night as riding a camel” (an expression used by Imam Hussein Bin Ali to his followers the day before the last battle of Karbala, when he invited his followers to leave at nightfall to avoid been seen by the enemy and escape death the next day). On social media, another war is taking place where Hezbollah’s followers harshly vent their frustrations, impinging on Hezbollah’s comfort zone and challenging its political preferences.

In one of his latest speeches, Sayyid emphasized the importance of moderating social media platform exchanges among allies on all sides, affirming that the bond with his allies is robust and in good condition. Sayyid Nasrallah wanted to deflate the current level of tensions resulting from a series of events that have taken place in Lebanon. No doubt, Hezbollah’s leader hoped to tackle the real problem between allies from a different angle, away from public platforms.

As with similar demonstrations in Iraq, the US embassy attempted to subvert the popular wave of protest to divert protesters against Israel’s most feared enemy, Hezbollah.

The “Future Movement” – founded by the late Prime Minister Rafiq Hariri and now led by his son Saad, both targets of the protestors – escalated the situation to the brink where its supporters closed the only road linking Beirut to the south of Lebanon. Hariri was upset that he had failed in this selection of a new government and was replaced by Hasan Diab. Hariri regretted having approved the selection of Diab and since then has sought to undermine any chances of success of the new cabinet.

Closing the South Lebanon – Beirut road means blocking the movement of Hezbollah to the south, necessary to maintain military readiness in the case of any possible war with Israel. Following repeated blockage of this vital road, Hezbollah called on its reserves located along this road to be prepared to clear it by force. At this point the Lebanese army intervened to avoid confrontation, defusing tensions and winning a commitment to keep the road open at all times. The goal was to preserve the rights of peaceful demonstrators while preventing rioters with a political agenda from jeopardising Lebanese co-existence among different religions.

Because the Americans are protecting him, Salameh is for Berri a bargaining chip to prove to Washington that he is also a protector of the US interests in Lebanon. Moreover, Berri doesn’t want to replace him because he, as Salameh’s protector, in effect controls the Christian Central Bank governor. This would not be the case if Salameh were replaced and a new governor appointed by the leader of the largest Christian parliamentary block, Tayyar al-Watani, the FPM led by Berri’s fiercest political enemy, the former minister Gebran Basil.

In fact, for many decades, Berri and his closest (late) partner Prime Minister Rafiq Hariri divided amongst themselves the key positions that were, according to the domestic agreement, the share of the Christians. Because the Syrians were in command in Lebanon, the Christians were not allowed to choose their own representatives. However, this imbalance led the FPM to a fierce battle to regain all the lost positions, making its leader Basil the enemy of all parties, Christian, Druse, Sunni and Shia, with the exception of Hezbollah.

There is another motive for Hezbollah to accommodate Speaker Berri at this time: why should Riyad Salameh be dismissed from his function when he is responsible for accomodating Presidents of the Republic to avoid sharing with the public the reality of Lebanon’s financial situation and for failing to warn depositors? Why did he agree to “buy time”, devise financial engineering and fabricate figures creating a time bomb that would explode without warning decades later, leaving more than 95% of the population without access to their savings? Let him stay and endure the consequences of his own policies since an immediate solution is not apparent.

The dollar has already come halfway towards the ominous target predicted by the speaker in the case of Salameh having been removed. It is fluctuating between 7,500 and 10,000 L.L. to the dollar; it was 1,500 several months ago. Berri has become the focal point of the 14th of March political groups. He is their mediator and protector. The speaker, who has held his position for 28 years and is fully supported by all those accused of decades of corruption, is also a “good guy” in the eyes of the US embassy because he holds back his powerful ally, Hezbollah (as Berri offers himself) from taking over the country and thus protects the allies of the US, the 14th of March group.

The Leader of the FPM is now left with only Hezbollah as an ally; unlike Geagea, he doesn’t enjoy US support. When the time comes for presidential elections, the Americans will not remember the apologies of all the FPM officials and ministers to ambassador Shea because the US quite simply has no allies but only interests. In any case, Washington is no longer in a position to decide who will be the next Lebanese president.

The current Lebanese government of Hassan Diab has decided not to give up on the West but to diversify its choices and to fast track its industrial collaboration with China. It is also signing agreements with Iraq to import fuel and gasoline in exchange for Lebanese agriculture and local products with generous facilities for payment. Lebanese are already receiving medicine and food from Iran. Starvation is not imminent as Hezbollah is supporting the Shia population to cultivate the land, offering fertilisers and other agricultural needs.

The possibility of civil war is remote. No one can stand against the Lebanese armed forces and Hezbollah. Both entities represent a wall against any possibility of a civil war whose existence is mainly limited to the social media.

Hezbollah is showing high tolerance even towards those Lebanese who manifested in front of the US embassy in Beirut and offered their condolences to the US Marines killed in Beirut during the suicide bomb attack in 1983, triggered by the US bombing of several Lebanese locations and for taking part of the civil war. Although these protestors represent a show of folklore, their weight in Lebanese politics is insignificant. Hezbollah is not behaving like the ultimate dominant of the ground or the government even if it is the strongest military force in the country and is part of the largest political coalition.

Hezbollah has always excelled in treading carefully the domestic and regional minefields and turning the tables on its enemies at the right time. Current alliances in Lebanon have been shaken by an economic crisis which is expected to last for a number of years. This crisis will certainly test Hezbollah’s diplomacy and the cohesion of its membership.

0 thoughts on “Hezbollah between two fires: its own society and its domestic allies”