HOME / WORLD / When Hezbollah flags up the China and Iran options, the US trembles 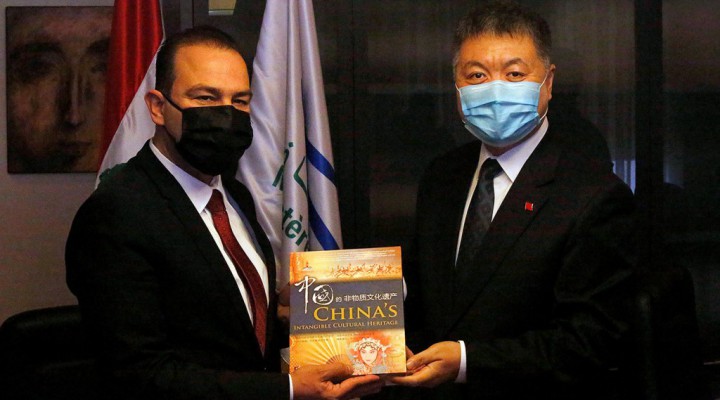 Hastily and under the watchful eye of Israeli and US drones, Hezbollah is storing hundreds of tons of food stock, supplied by Iran, in dozens of improvised warehouses on the Syrian-Lebanese border. This new and unusual step by Hezbollah reflects Secretary General Sayyed Hassan Nasrallah’s recent promise to prevent the starvation threat looming for the Lebanese population.

The US-Israel war against the “Axis of the Resistance” continues but with different tools. It is progressing from waging wars with armies on the ground as the US did in Afghanistan in 2001 and in Iraq in 2003, and as Israel did in Lebanon in 2006, to the assassination of key figures in Iraq. And now it is the sanctions war on Iran, Syria and Lebanon and the intimidation of Iraq. Last January, following the US’s unlawful targeted killing of Brigadier General Qassem Soleimani – UN rapporteur Agnes Callamard described it as “an act of war” – President Donald Trump threatened to slap sanctions on Iraq “like they’ve never seen before” if Baghdad were to ask for US troops to withdraw from Mesopotamia. Iran has survived 40 years of continuous and escalating US sanctions, and Syria has just been faced with the unilateral and harsh “Caesar’s Act” sanction: the country has already been under EU-US sanctions for the last nine years.

The dire economic situation and the sharp devaluation of the local currency that led to prices of foodstuffs skyrocketing are pressing the Lebanese government and the quasi-state actor, Hezbollah, to look for solutions distinct from the US dictate and objectives. For this purpose, Sayyed Nasrallah proposed that the government look towards the East, to China and Russia, without necessarily turning its back on the West, unless the US continues its harsh punishment which is hitting the entire Lebanese population.

Sayyed Nasrallah’s suggestion that the government “go East” created a storm in Washington, aware of the growing threat of the colossal Chinese economy and its partners around the globe that are threatening US hegemony. US ambassador to Lebanon Dorothy Shea criticised Lebanon’s overture to China in a move indicating the confusion of the US administration. Sayyed Nasrallah’s blow “below the belt” pushed the US administration off balance. Sayyed Nasrallah proposed turning the country’s compass towards the two countries (China and Iran) declared most despicable by the Trump administration. These countries have the capacity to counteract US actions against Lebanon.

This economic strangulation is known as the “soft war” because it costs the US and Israel no human losses. Nevertheless, what US planning did not foresee is the reaction of the opposite camp. The “Axis of the Resistance” has been pushed to be more creative, to learn ways to survive in solidarity, and to overcome the difficult challenges posed by the US and Israel.

Iran promised to support its allies in the Middle East (and in the Caribbean) by exporting oil to Venezuela under the watchful but impotent eyes of the US. Whereas the US treats those who believe they are allies as disposable pawns, interested only in the well-being of Israel. Indeed, the US ambassador, in a private meeting with Prime Minister Diab, raised the Israeli request to establish maritime and land borders between Lebanon and Israel, a request the government in Beirut has always turned down. The US is trying to offer temporary solutions to Lebanon to keep it in limbo and dependent on Washington’s mood and blessing, as long as the Lebanese government doesn’t take that real step towards China for alternative energy and infrastructure.

Hezbollah’s military capability has confirmed a robust seat for the organisation in many theatres around the Middle East. Sayyed Nasrallah’s last speech was not aiming to increase his popularity but was a road map and a plan of action preparing his group to cover some of the needs of the population. The US may indeed be thinking of even further sanctions and other ways to counter Hezbollah. The so-called “soft war” is only just beginning, but the “Axis of the Resistance” seems indubitably ready to produce counter-measures.

0 thoughts on “When Hezbollah flags up the China and Iran options, the US trembles”