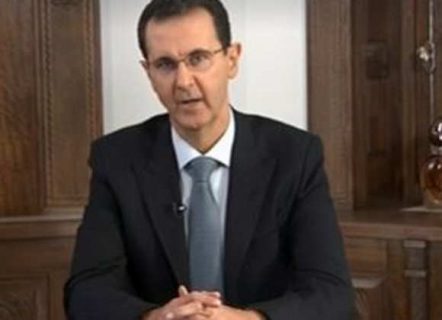 As the so-called ‘Caesar Act’ came into force on Wednesday, the US announced the imposition of individual sanctions on 39 prominent Syrians – including President Bashar al-Asad and his wife Asma al-Akhras – while Secretary of State Mike Pompeo served notice that additional, more punishing, sanctions are to follow.

It is futile to point out that this Act is illegal, or set out all the evidence that those who will be punished most by it are the ordinary people of Syria, the great majority of whom are already living below the poverty line. It was equally futile making the same arguments thirty years ago when similar sanctions were imposed on Iraq, setting the stage for the invasion and occupation of the country and the killing of over one million of its citizens.

American administrations impose sanctions like these with the deliberate intention of grinding down the mass of the people of the targeted country and worsening their suffering, in the hope that this will provoke them to rise up against their ruling regimes and overthrow them. The fallacy of this theory has been proven time and again, on every occasion and in every place where it has been applied. To cite but two examples: The impoverishment of the Iraqi people did not prompt them to revolt against Saddam Hussein’s regime, but against the American occupation that ensued; and the attempt to starve the Gaza Strip into submission – to the extent of limiting the calorific value of the food that was allowed in – backfired completely, causing a resurgence of popular and armed resistance to the Israeli occupation.

We do not know how the Syrian authorities plan to counter this Act or mitigate the harm it has already done and the worse damage it is set to do. But some clues were provided by Hassan Nasrallah, leader of Lebanon’s Hezbollah and Syria’s close ally in the regional ‘Resistance Axis’, in the speech he made on Tuesday evening.

Nasrallah regularly makes lengthy televised speeches, but this can be considered one of his most significant and important. Not only because his tone was more aggressive than usual – especially in the last part of the address when he broached the Caesar Act and the demand to disarm the Lebanese resistance. But also because he revealed the existence of a ‘Plan B’ to counter this Act, which targets Lebanon as much as it does Syria.

Nasrallah said, verbatim: “To those who are banking on starving us we say: we will not starve, and we will not allow Lebanon to starve. We will not surrender to the Americans, and we will not submit to them under the pressure of starvation.  Those who are banking on the resistance’s constituency turning against it will fail and be made to despair.” He added: “If they want to force an equation on us, either bread or the weapons of the resistance, we will present them with a different equation, which we will not reveal for now.” Clarifying further, he declared: “Those who want to make us choose between being killed by arms or being killed by hunger will only make us hold on to our arms, and we will kill them.”

Several conclusions can be drawn from these remarks, and from the anger that was apparent on Nasrallah’s face in contrast to the serenity which he usually displays.

First, that he has a plan in place for responding to this starve-into-submission scheme that targets the people of Lebanon as well as Syria. A plan that sets diplomacy aside and reverts to the path of resistance that succeeded in liberating South Lebanon from Israeli occupation. That may be what he meant by  “a different equation, which we will not reveal for now.”

This could include something Hezbollah has never done before: to strike at Israeli and US targets outside the Lebanon-Israel border area, maybe in Europe and the rest of the world. Several European countries have already unfairly designated it as a ‘terrorist’ organisation – something it has always assiduously tried to avoid – so what does it have to lose?

The ‘Resistance Axis’ and its component forces could well decide to move from the defensive to the offensive in the Middle East too, and act to sow ‘constructive chaos’ throughout the region. If policies of restraint, seeking peaceful solutions and preserving security and stability – especially in Lebanon – resulted in a starve-into-submission response, this is clearly an option. It is said to be under active consideration, and could end up being the preferred one.

A further point made by Nasrallah was that all the countries and groups that stood by Syria militarily for the past nine years are not going to abandon it now or allow it to be destroyed by economic pressure. That implies that the response to the ‘Caesar Act’ will be collective, and not left up to the Syrian authorities alone.

What we can conclude from this is that Nasrallah and his Resistance Axis allies will not allow the Iraqi starve-into-submission scenario — disarm in exchange for lifting sanctions — to be applied to Syria and Lebanon. They have learned from experience that American promises are fake cannot be trusted. Once Iraq and Libya were disarmed, and it was confirmed they had no chemical or biological weapons, the US and its allies proceed to invade both countries, topple their regimes and plunge them into chaos.

The Caesar Act that has now come into force could backfire too. The Resistance Axis won’t wait for the Lebanese and Syrian people to starve and their governments to submit to US demands. It arms may prove to be the most potent way of foiling it, and defeating those forces that either openly or secretly support it.

0 thoughts on “Starving Syria and Lebanon into submission”