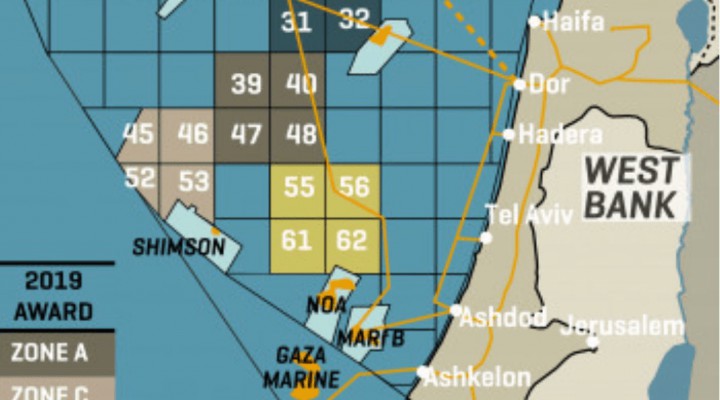 There is no doubt that, since Ben Gurion, the Zionist ideology adheres to the principle of superior strength, harassing and seizing opportunities to surprise the enemy, exploiting the opponent’s weaknesses and assessing the enemy’s position before striking. But there are many indications that Israel cannot conduct a war on Lebanon, at least not this summer, and likely not until after the white smoke reveals the identity of the resident at the White House for the next four years.

A tempest in a teapot ensued in Lebanon when Israel announced its third offshore bidding round for oil and natural gas exploration of “Block 72”, previously known as “Alon D”, located along the border with Lebanon in “Block 9” disputed water. President Michel Aoun said the Israeli decision is “a very dangerous matter” and that Lebanon “will not allow the violation of internationally-recognised territorial waters”. Lebanese MP Qassem Hashem said the decision resembles “a declaration of war”.

However, the Israeli announcement does not constitute a breach of the regional water borders that Lebanon claims. The Lebanese condemnation is a reminder to Israel that Lebanon is on alert and shall not allow any encroachment of its maritime borders. Throughout the last decade, the US sent several official envoys to Beirut to push Lebanon towards an indirect dialogue with Israel to draw mutually recognised borders, to no avail.

The geopolitical animosity between Lebanon and Israel had frozen the exploration of “Block 72” for 6 years. The two offshore companies, “Noble Energy” of the US and Israel’s Delek Energy, who had won concessions for oil and gas exploration signed in 2009, found their licence ended in 2016 without having been able to conduct any exploration. The news of the Israeli Energy Minister Yuval Steinitz reopening the tender caused a superficial media sensation for several reasons:

Finally, Israel cannot rely on the American army stationed in Syria, Iraq and neighbouring countries to join any battle against the “Axis of Resistance”. The possibility of a more massive war expanding the theatre of confrontation to Lebanon, Syria, Iraq and the US bases in the Gulf countries cannot be discounted. Israel and the US could not control such an expansion. The last thing President Donald Trump would like to face today is the return of US soldiers in coffins because he engaged in a war, not for the benefit of US national security but only to defend Israel and Trump’s adviser, Prime Minister Benjamin Netanyahu.

The Israeli army must be ready for a future comprehensive confrontation. Moreover, it is also the responsibility of Hezbollah to keep its special forces in a state of constant readiness for war on the assumption that war may never happen or might happen tomorrow. The two parties understand each other and both keep preparation at the top of their agenda.

Hence, war would only take place if the “Axis of the Resistance” were to relax and not update its advanced military capabilities, renew its bank of objectives and monitor its enemy movements constantly. Everything indicates that the deteriorating Lebanese economic situation is far from inspiring Israel to go for war. Hezbollah – although it is an undivided part of the Lebanese society – is unaffected militarily by the crisis. Nothing can divert its attention from keeping its thumb on the trigger to prevent war.