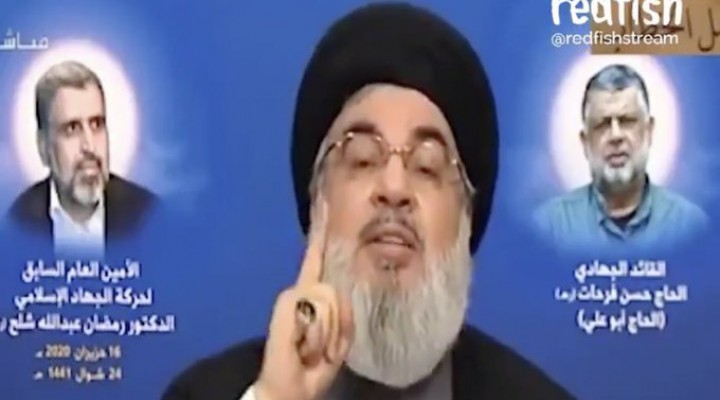 It’s looking like a long, hot summer, as tensions increase between Washington and Tehran, US elections approach, and the “maximum pressure” exercised by the US escalates. After Syria, it is Lebanon’s turn. The country’s financial failure has reached the point of no return. The US is trying to attribute the consequences of the severe economic situation to Hezbollah, the strongest of Iran’s allies even if US officials claim otherwise. However, Iran and its ally have resolved that the Lebanese society to which Hezbollah belongs will not be bullied or pushed into famine. No one should be surprised to see Iranian ships docking at Latakia harbour to supply Lebanon with much needed food, energy and medical supplies.

Lebanon is similar to the province of Isfahan in its needs and number of inhabitants. it will not be difficult for Iran to organise a monthly stock of resources to prevent Iran’s main allies in Lebanon from suffering starvation. If Iran can supply Venezuela across an ocean, supplying Lebanon will be much easier. This will defeat this latest attempt of the US and Israel to curb Hezbollah.

Iran has agreed with the government of Damascus to put at its disposal goods worth one billion dollars, as Iran supplies the basic needs of its Syrian ally for food and

In response to the Lebanese current crisis, Iran is prepared to open a line of credit to Lebanese companies similar to the one it provides Syria, worth one billion dollars.

Today Hezbollah has dozens of gasoline stations, under the name of al-Amana, and pharmacies, called al-Murtada, and other companies authorised and capable of receiving goods and shipments from Iran and sells them at much reduced price even to that part of the public that is not supportive of Hezbollah. If Israel and the US believe they can stop this process, Hezbollah will not hesitate to use military force, imposing a new Rule of Engagement. Bombing targets in Israel may be necessary to ensure the arrival in Lebanon of fuel, foods and medicine.

What the US and Israel have not foreseen is the fact that the provider who feeds and meets the basic needs of the population wins recognition and popular support. This could lead to a change in the electoral map of Lebanon, including the possibility of a modified constitution. The collapse in the value of the local currency may be followed by a whole series of measures, developments neither Israel nor the US foresaw when they chose Lebanon as their next battleground with Iran.

0 thoughts on “US-Iran confrontation in Lebanon: counter-measures and escalation”