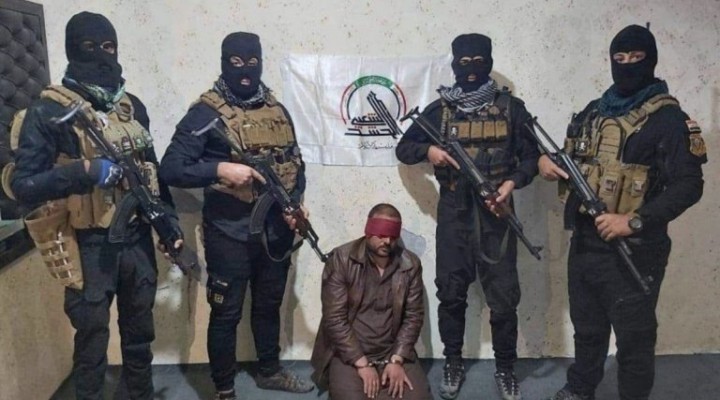 Many articles written earlier this year and even recently have claimed that Hashd al-Shaabi (Popular Mobilisation Forces – PMF) is about to face a split among its brigades. The PMF played an essential role in fighting the “Islamic State” (ISIS) organisation along with the Iraqi Army, the Federal Police and the Counter-Terrorism units. The split among the PMF appeared amid a conference, the first of its kind, held by “Hashd al-Majaiyah” (the PMF of the Grand Ayatollah Sayyed Ali Sistani also known as Hashd al-Atabat meaning the Hashd of the Holy shrines), bringing to light an internal struggle for leadership of the PMF. However, notwithstanding the internal differences, the Grand Ayatollah is far from ordering the split of the PMF. The Hashd al-Marjaiya is seeking an administrative split due to a lack of critical positions within the PMF and the shortage of salary its brigades are suffering from. However, the struggle between Najaf and Tehran is omnipresent and is part of this struggle over power and finance.

It is important to recognise that Hashd al-Shaabi doesn’t belong to the Marjaiya in Najaf, even if its creation resulted from Sayyed Sistani’s Fatwa (al-Kifaei). This was a verdict announced to stop ISIS from occupying other Iraqi cities after its control of Mosul, Nineveh, Salahuddin and most of the Anbar cities, reaching the gates of the capital Baghdad.

The US failed to help Iraq, and so Iran rushed in first with military advisors and weapons distributed to the Iraqis in all cities, including the northern province of Kurdistan, and they trained al-Hashd al-Shaabi in the art of war. The Marjaiya in Najaf bought weapons and equipped and armed four factions from Beit Mal al-Muslimeen (the public treasury of the Muslims for collecting and distributing charity and funds administered by the highest religious authority called Marja’). These are Liwa Ansar al-Marjaiya, Liwa Ali al-Akbar, Firqat al-Abbas al-Qitaliyah and Firqat al-Imam Ali al-Qitaliyah.

The Marjaiya never had a command and control centre and has never been expert in any sort of combat for standing up to ISIS. So, the four factions received training and were deployed along with all the other parts of the PMF, Shia, Sunni, Faili, Kurds and other minorities in all parts of Iraq. It was Iran who took charge of the planning of war, in harmony with what remained of the Iraqi security forces at that time. The PMF recovered Jurf al-Sakher and covered all Iraqi territory, including the attack to retake Mosul and the Syrian-Iraqi deserts.

The fact that Iraq did not fall into ISIS’s hands and that Iran intervened to stop the partition of the country into three sub-states convinced US forces to intervene and offer air and intelligence support. The earlier lack of US intervention gave Iran more influence over the PMF. Iran was ready to send troops to Iraq to stop ISIS’s advance and defeat it: this was an ideal situation with the battle on Iraqi and not Iranian soil. Also, Iran would have done everything in its power to defend the holy shrines of its sacred Imams and prevent them from falling into ISIS’s hands- ISIS planned to destroy the most sacred Shia Shrines in Samarra, Baghdad, Karbalaa and Najaf. Besides, Iraq represented the first line of defence for Iran, and so Iran was ready to stand and fight there.

It was also an opportunity for Iran to create an ideological force, the PMF, since circumstances had imposed its necessity. It was necessary to have a highly motivated ideological group to stand up to another similarly ideologically motivated group, ISIS, with the determination to fight to the death. The usual army training proved to be useless to stop ISIS’s advance. In fact, since the US occupation of Iraq in 2003, US forces had “trained” tens of thousands of Iraqi army members- who escaped when faced with the enemy (ISIS) at the first clashes in Mosul, Tel’Afar, Kirkuk, Nineveh, Salahuddin and Anbar.