HOME / WORLD / If ISIS really is resurgent, it is the United States that is to blame, NOT Iran 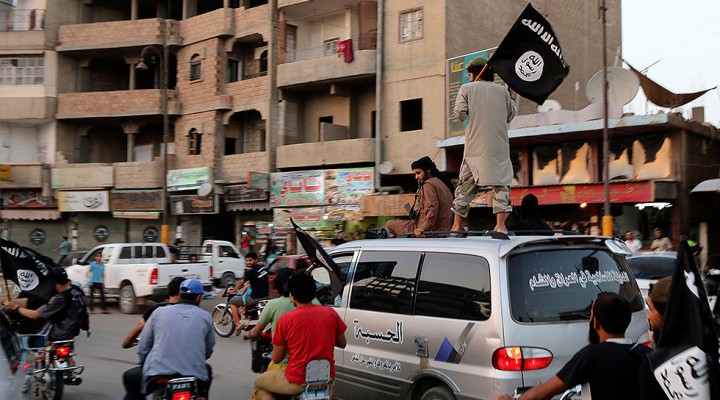 American experts claim that Islamic State (IS, formerly ISIS), once thought to be defeated, is on the rise again thanks to the Covid-19 pandemic and Iran. But the fact is IS will always be the by-product of failed US policy.

A pair of prominent American experts on Islamic State in Iraq and Syria have authored separate opinion pieces lamenting the continued survival of the Islamist terrorist organization.

In a piece published in USA Today, Ilan Berman, the senior vice president of the American Foreign Policy Council, cites a recently published UN report that claims there are more than 10,000 IS fighters still at large in Iraq and Syria. Berman notes that IS’ “ideological outreach is likely to be amplified by the deleterious effects of the pandemic.”

In a separate essay, Michael Pregent, a veteran American military intelligence officer with years of direct experience confronting IS in Iraq, agrees with the assessment that the organization is resurgent. Pregent, however, places the blame for this comeback more on Iran, which he claims controls the militias and security forces used to subdue the Sunni populations that serve as the recruiting grounds for the IS movement.

Neither Berman nor Pregent, however, acknowledge the elephant in the room – the United States – and the uncomfortable truth that the rise of Islamic State can be directly attributed to the US-led invasion and occupation of Iraq in 2003 which, in one form or another, has been ongoing since that time.

Let there be no doubt: under Saddam Hussein, the conditions would never have existed that could have, or would have, given rise to the birth of an IS-like entity inside Iraq. His status as a secular ruler with Sunni tribal proclivities served to create a resilient political and social barrier against the rise of any kind of Sunni-based Islamic fundamentalism.

The removal of Saddam’s government, followed by the systemic disenfranchisement of Sunni tribal and religious leadership, laid the foundation for the rise of IS. In short, America not only enabled the rise of IS, but facilitated its growth and spread.

The IS phenomenon manifests itself in three ways. First, there is the physical, the creation of a social-political entity that occupies a given geographical space. Second, there is the ideological, derived from an extreme interpretation of the Sunni faith. Finally, there is the psychological, the notion of resistance, the empowerment of the oppressed through the act of physical resistance.

The US has shown that it possesses the military might to defeat the physical manifestation of IS. Where it fails is in its ability to provide viable spiritual alternatives to the virulent Islamic fundamentalism that serves as the ideological foundation of IS, and which gives rise to the notion of the need for a physical home – or Caliphate – for those who share this faith.

Given the Judeo-Christian nature of the American reality, it will never be able to accomplish this, meaning that so long as the US plays a role in confronting IS, it will empower the very ideology it seeks to defeat. The only way for the ideology of IS to be defeated is for an Islamic alternative to be offered that is free of foreign influence.

It is here that the third pillar of ISIS empowerment comes into play – resistance. The act of physically resisting a foreign occupier is a universally understood concept that does not require any specific political, economic or religious predicate. The failure of occupying powers throughout history can be traced to the simple fact that it is human nature to resist that which seeks to forcefully impose its will on others.

The ability for a resistance movement to sustain itself over time, and prevail, does, however, require some sort of factor that facilitates the coalescing of violent yet disparate animosity generated by an unpopular occupation into a unified singularity. Here, the relationship between ideology and resistance is critical.

Violent Islamic fundamentalism does not occur in a vacuum; a well-functioning society which provides for the physical and spiritual needs of its constituents does not of its own volition give birth to malignant movements such as IS.

There is the need for systemic disenfranchisement, whether economically, politically and/or socially, of a distinct segment of population, defined ethnically, religiously or geographically, to create the kind of deep-seated animosity needed for people to seek alternative forms of governance. In Muslim societies, this alternative has recently been provided through the promise of an Islamic idyll manifested in a physical Caliphate founded upon a narrow notion of the original precepts set forth by Mohammed. This is why one sees the spread of the IS phenomenon outside of its geographical birthplace in Iraq and Syria, and into West Africa, South Asia and the Pacific.

But the birthplace of IS is Iraq, and the genesis moment for its development into a viable movement was the US-led invasion and occupation of Iraq. This is an inescapable reality that impacts every aspect of policy formulation when it comes to the search for a viable solution to the IS phenomenon.

It is this presence of the US in Iraq and Syria that generates the policies of exclusion that in turn feed the resistance that plays host to the IS ideology. So long as the US seeks to impose its will on the governments of Iraq and Syria, either through military force, economic manipulation, or a combination thereof, the kind of deep-rooted animosity that feeds resistance will exist, and IS will always find a welcoming host for its ideology, whether or not it is capable of manifesting itself into a physical caliphate.

American analysts and policy makers have sought to shift the blame for the continued viability of the IS ideology on to Iran (and, by extension, Syria) claiming that the Shi’a theocracy/Alawite minority in power is the source of the angst and recrimination within the Sunni population of both Iraq and Syria that creates the kind of social divisions which can be exploited by IS.

Missing from this analytical model, however, is the role played by the US in confronting Iran regionally, and how this confrontation contributes to the very policies and practices the US claims alienate the Sunni pool from which IS recruits.

Left to their own devices, there is every reason to believe that the Sunni and Shi’a populations of Iraq and Syria would be able to find a way to peacefully coexist as a viable social-economic-political entity. The fact that such a solution would find both Iraq and Syria intricately linked to Iran, however, is unacceptable to US officials married to a policy predicated on the containment and eventual elimination of an independent theocratic Iran.

As such, the US has undertaken to construct a governing framework in Iraq, and a disruptive framework in Syria, which lends itself to American pressure and, in doing so, guarantees that the cycle of resistance that nurtures the IS ideology will continue unabated for the foreseeable future. IS continues to survive today, this much is true. But it is only because of the misguided policies of the United States.

0 thoughts on “If ISIS really is resurgent, it is the United States that is to blame, NOT Iran”