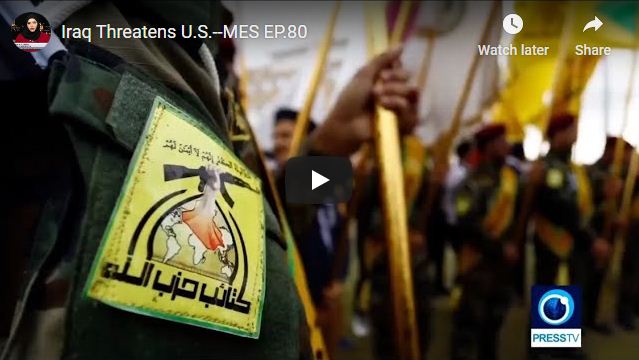 Iraq’s anti-terror Kata’ib Hezbollah group, a faction of the country’s Popular Mobilization Units (PMU) better known as Hashd al-Sha’abi, has warned that a “tougher and stronger” confrontation awaits US forces should they defy a timetable set for their withdrawal from the Arab country. The Iraqi resistance further warned that the next stage of the fight will soon take place featuring new types of weapons. To discuss this issue with us from Malmo is Feras Ali political commentator.

To discuss this issue with us from Ramallah is Dr. Nemr Saad, academic and political commentator.