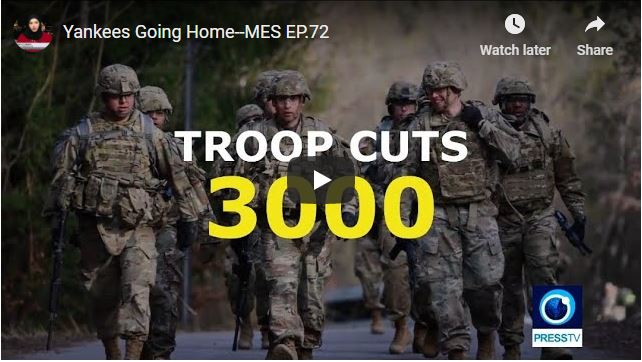 The top U.S. general in the Middle East Frank McKenzie confirmed plans for partial troop drawdowns in both Iraq and Afghanistan before the Nov. 3 election, as President Donald Trump seeks to fulfill a campaign promise to end what he calls “America’s endless wars”. The U.S. plans to cut the troop presence in Iraq from 5,200 to 3,000 by the end of September. To discuss this issue with us from London is Patrick Henningsen founder of the 21st century wire news website.

The announcement that Bahrain would establish full diplomatic relations with Israel leaves open the possibility that more Arab states will follow. But this latest Arab-Israeli rapprochement is neither a bolt from the blue nor the result of months of delicate shuttle diplomacy by the Trump administration. Israel and the Arab leaders in the Persian Gulf had been quietly cultivating ties for years, as a matter of fact since the British founding of these regimes in the second half of the 20th century. To discuss this issue with us from Beirut is Ali Mourad political commentator.

In Military Service To The US And… Satan