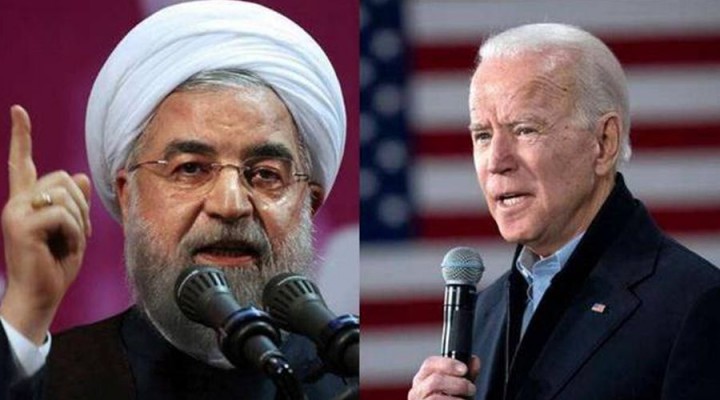 Tehran doesn’t trust US commitments any longer, it wants to see concrete steps

Direct talks may not have officially started between Iran and the Biden administration about reviving the 2015 JCPOA nuclear deal. But negotiations are well underway through the media and statements from both sides intended to convey coded messages to the other. Their substance is not hard for seasoned observers to decipher.

The big question being addressed at present is which side will flinch first in the escalating diplomatic standoff. Will Iran make the opening move by submitting to US demands to resume compliance with the JCPOA’s provisions? Or will the Biden administration give in to Iran’s insistence on the prior lifting of the additional economic sanctions imposed by Trump?

Iran’s seasoned chief diplomat Mohammad Javad Zarif tried to end this quarrel by offering a compromise. He suggested both sides take simultaneous steps to revert to compliance, with procedures coordinated by the European Union.

The lukewarm US reaction to this eminently reasonable proposal prompted an angry response from President Hasan Rohani that was broadcast live on Iranian television. While chairing Wednesday’s weekly cabinet meeting, he insisted Iran would never agree to any amendment of the JCPOA nor the inclusion of any additional party to the six signatories – a reference to Israel and Saudi Arabia who have been demanding their say in the matter.

According to Lebanese sources close to Iran, the prevalent mood in Iran’s ruling establishment is intransigent. This is not a matter of ratcheting up demands as a standard negotiating tactic. It is due to a firm conviction that “Iran should not place its neck under the American jackboot again.” It no longer trusts commitments made by the US, and wants to see serious and irreversible steps from Washington supported by guarantees.

“What if Trump or a Republican extremist takes over in four years’ time and decides to reimpose economic sanctions, maybe even more viciously, and withdraw from the nuclear deal again?”, these sources asked. “There is a strong view in decision-making circles that Iran should continue increasing its uranium enrichment and advanced centrifuges and disengage from the International Atomic Energy Agency (IAEA) and its inspectors.”

It is true that the Biden administration has diluted or reversed a number of the executive orders issued by Trump. But these mostly relate to domestic policy. On foreign policy issues its moves have been largely secondary and insubstantial, especially with regard to the Middle East.

What worries the Iranians most is new secretary of state Anthony Blinken’s declaration that the US will consult its allies before making any move on the Iranian nuclear issue – a reference to European countries, Israel and Saudi Arabia. Blinken also wants the previous agreement replaced by a new one with extra conditions that include Iran abandoning its missile programme and its paramilitary allies in Lebanon, Iraq, Yemen and the Gaza Strip. That, as seen from Tehran, would mean following in the footsteps of Saddam Hussein’s Iraq and Muammar al-Gaddafi’s Libya. Hence Rohani’s uncompromising reply.

We cannot know whether Blinken was telling the truth when he claimed Iran is now only weeks away from acquiring nuclear weapons due to its non-compliance with JCPOA provisions – which was a delayed response to Trump’s ditching of the deal and the Europeans’ failure to get the US to re-commit to it or lift economic sanctions, or to take mitigating steps of their own. But Tehran is widely reported in the Western media to have taken advantage of the inter-regnum in the US to accelerate the development of its nuclear programme and uranium enrichment capacity, bringing it a step closer to a potential weapons capability.

Supreme Leader Ayatollah Ali Khamenei is coming under pressure from the Consultative Assembly and governing elite to issue a new fatwa (religious opinion) overturning his previous prohibition on the production or use of nuclear weapons. This follows ongoing threats by Israel to attack Iran’s nuclear facilities. On Wednesday, Minister of Settlement Affairs Tzahi Hanegbi said that if the US would not destroy those facilities Israel would have to decide whether to live with a nuclear Iran or act independently against that “threat”. Earlier, Israeli media reported Prime Minister Benjamin Netanyahu met with political and military chiefs to discuss budget allocations needed for an attack on Iran, and would raise the Iran nuclear issue at next Sunday’s cabinet meeting.

Such leaks may be aimed merely at putting pressure on the Biden administration to make a long-delayed phone call to Netanyahu and resume coordination with Tel Aviv. This is the most likely explanation. Israel is seriously rattled about the prospect of falling out with the new US administration.

Yet the war clouds continue to gather over the Middle East. The downing of four Israeli drones in four days (two in Lebanon and two is the Gaza Strip) suggests that if there is to be war, the ‘Resistance Axis’ has been preparing for it.