HOME / SOCIAL/CULTURAL / Your Sigh Of Relief Is Grounded In Delusion: Notes From The Edge Of The Narrative Matrix 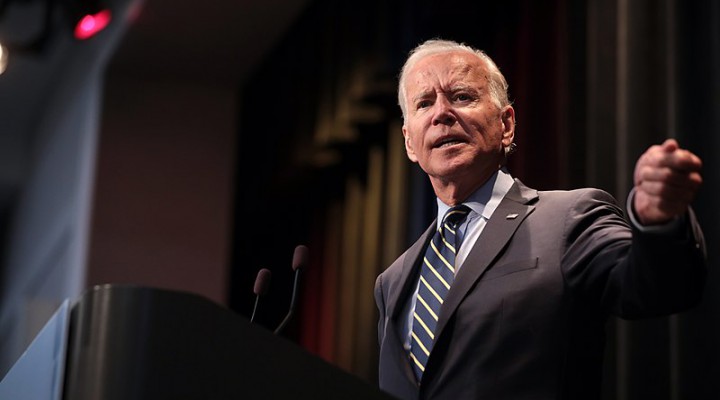 Ahh at long last America is returning to normality: the hub of a globe-spanning empire which rings the planet with military bases and destroys any nation which disobeys it while propagandizing the entire world into supporting its murderousness, without rude tweets.

Biden’s inauguration will be a huge relief for people who aren’t actually affected by US government policy.

Americans want to believe Trump was uniquely evil among recent presidents because they want to believe their government will become significantly less evil when he leaves. This is delusional and harmful.

The only way to find Trump’s presidency remarkably awful is to (A) greatly diminish the scale of Bush and Obama’s crimes and (B) believe foreign lives don’t matter. Saying Trump was the worst president, even since the turn of this century, is saying that you’re a shitty person.

Trump was a US president of fairly average depravity surrounded by an ocean of influential narrative managers LARPing about treason and sedition for four years.

Cold War Berlin called, they want their aesthetic back. https://t.co/KJorVIOAaG

So many Trumpers told me he’d free Assange. They were 100% certain Trump was going to get re-elected, drain the swamp, end the wars, and free Assange. He did none of these things. If this is you, please overhaul your worldview and drastically change your media consumption habits.

It’s so crazy how the State Department has been led by a man who is even more evil and disgusting than Trump, and now that man is leaving office without the mass media having given him any critical attention at all.

I haven’t yet figured out how so many Americans manage the cognitive balance of simultaneously (A) thinking their country is the center of the universe and (B) thinking it odd that foreigners would have opinions about their country.

Super excited for America to finally get rid of its racist corrupt right-wing asshole of a president, hopefully by sometime in the next four to eight years.

It’s easy to applaud Martin Luther King Jr when he is dead, when he exists as a legend and you don’t have to meet any of his imperfections and controversies. If you want to know if you would have supported King back in his day, don’t look at King. Look at whether or not you support Julian Assange.

Julian Assange has provided many explosive revelations about the malfeasance of the powerful, but none so explosive as the revelation that the US and its allies will imprison and torture a journalist for exposing US war crimes.

I see socialist groups get behind this or that mainstream liberal agenda like “Hey we can ride the momentum of this to socialist revolution!” No you can’t you sweet precious lamb. You’re swimming with sharks. They’ll take everything you put in and then let you have nothing.

When you’re not a manipulator it’s hard to understand how much better at manipulation a manipulator is than you. They’re SO much better. If you’re a truth teller then you need to drag the battle kicking and screaming into truth like a BJJ black belt taking the fight to the ground.

You’re not going to out-manipulate a globe-spanning empire that is backed by billionaires and powerful intelligence agencies. It will not happen. We make it a battle of truth versus truth, or we lose.

Everyone Was Wrong About Trump

Obama Is An Asshole, And Other Notes From The Edge Of The Narrative Matrix

0 thoughts on “Your Sigh Of Relief Is Grounded In Delusion: Notes From The Edge Of The Narrative Matrix”