HOME / WORLD / Turkey, Israel and Iran gain and losses? Would Biden go to war or abandon the ME? (2/3) 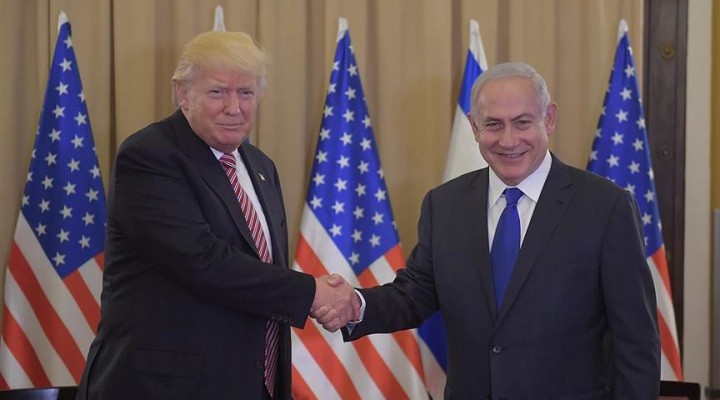 Israel benefitted greatly from the rule of US President Donald Trump during his entire four years in office. Trump has “donated” what doesn’t belong to him, violated the United Nations resolutions when he gave the Syrian occupied Golan Heights to Israel, and promoted Jerusalem to be the capital of Israel. To twist the Palestinians’ arms and inflict more hardship, Trump ended $65 million in annual funding to the UN Relief Agency that provided support to 5 million Palestinians refugees. His Secretary of State Mike Pompeo declared that the West Bank Jewish settlements were “not inconsistent with international law”.

Following the advice of the Israeli Prime Minister Benyamin Netanyahu, the US President withdrew from the 2015 nuclear deal known as the JCPOA.  Israel felt protected under Trump and took the opportunity and claimed having bombed Syria over 360 times and carried out cyber-attacks, sabotage and assassinations in Iran. Trump gambled the US troops’ presence in Iraq and put his troops under imminent threat by allowing Israel to bomb Iraqi positions and kill over 18 security officers and destroy eight warehouses.

And lastly, the US administration offered a normalisation of Middle Eastern countries with Israel because the Palestinian cause is no longer a priority to many leaders” (as analysts wrongly believe). Israel has never been a regional pariah in the Middle East, maintaining unexposed relationships with many Arab and Gulf states. But how did Israel benefit from the unconditional US support and what gains, if any, did Netanyahu gather for himself and Israel?

Trump gave all these gifts, considered illegal by many countries worldwide, to Netanyahu. Israel already occupies the Syrian Golan Heights and is not ready to give these back. Moreover, the United Nations General Assembly condemned Jerusalem’s recognition as Israel’s capital when 128 countries voted against Trump’s decision and defied the US. Therefore, Israel did not acquire any additional benefit regarding the occupied territories and Jerusalem’s status: the UN considers East Jerusalem as part of the occupied Palestinian territory. Therefore, all the noise around the celebration and the US moves towards Israel was folklore with no substance.

Trump moved further in following Israel’s advice by unilaterally withdrawing from the nuclear deal, known as the Joint Comprehensive Plan of Action (JCPOA), signed by President Barack Obama in 2015 and approved by the UN (Resolution 2231) and all United Nations’ permanent members. Israel was happy to see the US imposing harsh sanctions on Iran, its fiercest enemy. But what has Israel achieved? Iran has announced this month it is back to enriching 20% uranium at Fordow nuclear site and supporting its allies in Lebanon, Syria, Iraq, Yemen and Palestine with precision missiles, armed drones, money, and technology domestically lots of missiles to stand against Israel. It is true to say that Iran suffered dearly from the sanctions. However, it is also correct to say that Iran did not stop financing its allies with what they needed to remain healthy, without any superfluous elements. Iran is waiting for president-elect Joe Biden to take over from Trump in a couple of weeks, fulfil his commitments, and reinstall the nuclear deal. However, if Biden fails to honour his promise, Iran will increase its nuclear capability to an unstoppable level, a move that will undoubtedly make Israel tremble.

Israel claimed it has bombed hundreds of targets in Syria during the Syrian war to destroy the Syrian army military infrastructure and the newly delivered precision missiles from Iran. But above all, Israel wanted to push Iran out of Syria. To achieve its goal, Israel enjoys and uses over a dozen US military airports and bases illegally established in Syria’s north-east. Israel used the Iraq-Syria cross borders at al-Tanf/al-Waleed (under US occupation) to overfly and attack Syria targets. The occupation by the US forces of Syrian territories supports the Israeli objectives to prevent the Syrian economy’s recovery and the return of the Syrian-Iraqi commerce exchange. It also disturbs the flow of weapons from Iran to Syria and Lebanon via al-Tanaf. However, Iran and its allies freed the al-Bukamal crossing further north and managed to secure a continuous supply on this road between Iraq into Syria and Lebanon. The Israeli bombing did not prevent Iran from establishing stable bases in Syria and strong relationships with many Syrian groups who benefitted from the Iranian support during the long war waged on Syria. Iran established a robust relationship with Syria and secured a long

0 thoughts on “Turkey, Israel and Iran gain and losses? Would Biden go to war or abandon the ME? (2/3)”