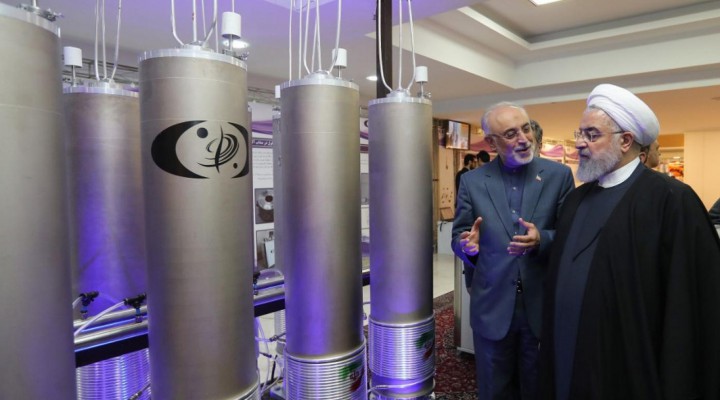 As the Biden administration prevaricates, Tehran has issued an ultimatum that could move it closer to a nuclear weapon

US President Joe Biden’s political agenda will be monopolised by internal issues for some time, but hotspots around the world will not adjust to his priorities. Given that Biden believes the US should lead the world again, international affairs will ultimately reclaim his attention.

Fortunately, the new president and his advisers seem aware that the best way for the US to effectively lead and inspire again is to put things in order at home first.

Biden’s foreign policy priorities include reinforcing alliances weakened by former President Donald Trump, rejoining key multilateral agreements, relaunching a liberal rules-based world order, and confronting China’s rise and Russia’s alleged revanchism. Iran, the enduring nemesis of the US, will be a primary focus. At stake is the future of the Obama administration’s signature achievement: the 2015 nuclear deal.

Biden has signalled his intention to reenter the deal, abandoned by Trump in 2018. After the Trump administration reimposed harsh sanctions against Iran, the latter reacted a year later by reducing its compliance with the nuclear deal. Tehran has welcomed Biden’s comments about rejoining the deal, saying it would be ready to return to full compliance once the US re-enters it and abolishes sanctions, as the agreement prescribes.

Biden’s appointment of former Obama officials involved in the nuclear deal to key positions has instilled some optimism: Jake Sullivan is the new national security adviser, Antony Blinken the new secretary of state, Wendy Sherman his deputy, and diplomat Bill Burns – who led a crucial backchannel with Iran ahead of the 2015 agreement – the new CIA director.

Re-entering the deal would seem an easy task; unfortunately, it is not. The devil is in the detail, and there are a variety of issues with regards to the merit, method and logic of restarting the deal. All conceal the core problem existing within Iran since its 1979 revolution: a deep distrust that divides the country from its Arab neighbours, Israel and the West.

With respect to merit, US hawks, Israel and its new Arab partners do not want a return to the deal. They want to use the leverage that they believe Trump’s “maximum pressure” policy accrued to further corner Iran into surrendering. They hold that whoever negotiates with Iran is weak and will ultimately be duped, as seen in the recent attacks against Robert Malley, Biden’s Iran envoy, for being too sensitive towards Tehran. Such ludicrous smears luckily failed. Malley’s main “problem” is his integrity – serving the country first while rejecting warmongering agendas.

Israel has been particularly active in advising against a return to the nuclear deal, alternating apparent provocations – such as the killing of a top Iranian nuclear scientist – with warnings and lobbying of the new US administration. Israeli military chief General Aviv Kochavi has been unusually vocal, hinting that Israel may strike Iran if the US rejoins the nuclear deal – a statement that has fuelled discomfort even within Israel’s security and military establishment.

As to the method, there is a dilemma: should the US return to the original deal, and later explore the possibility of expanding its scope to other issues, such as Iran’s ballistic missiles and regional activities? Or should these issues come in at the beginning, which would require de facto a new negotiation process? Recent comments by Blinken seem to leave both possibilities on the table.

There is a growing consensus, both in the US and Europe, that it is not possible to go back to the original deal, signed just six years ago. The rationale is that Iran’s military advancements, along with its hard and soft power in the region, have reached intolerable levels, constituting a new and significant threat to the interests of the US and its allies. Unfortunately, nobody has explained how Iran, isolated and severely sanctioned through the maximum pressure policy, could have achieved such brilliant results.

Iran has so far rejected alternative approaches, saying it would only be open to resuming the original deal. Yet it has not categorically ruled out the possibility of discussing other issues, provided that its legitimate security concerns are also taken into account. This would imply a different and far more comprehensive negotiation process, involving a security architecture for the whole region, with all missile programmes, malign activities and weapons deals coming under scrutiny – not just Iran’s. Are the US, Israel and its Arab partners ready for such a scenario? Doubtful.

Finally, assuming a return to some form of the nuclear deal, there is a problem rooted in simple logic: who should move forward first? The US created the crisis in 2018 by unilaterally abandoning the deal, so it follows that the first move should come from Washington, as attested by 43 former Iranian deputy ministers and ambassadors.

But unfortunately, logic is not a salient feature of international relations. While we pretend to live in a liberal rules-based world order shaped by international law, the sad reality is that power plays, arm-twisting and double standards maintain the upper hand.

Blinken has declared that Iran should make the first move, coming back into full compliance, after which the US would rejoin the deal – which, in any case, should be expanded in scope. The underlying logic behind this stance is unclear.

Of course, public statements are usually for political posturing, and what really counts is what is exchanged in backchannels or during confidential negotiations. Both the US and Iran have the intellectual resources to shape a face-saving roadmap back towards the deal, but the fact that 2021 is an election year in Iran should not be ignored.

In Tehran, as in Washington, Tel Aviv and Riyadh, there is a strong contingent of hawks who believe – with some good reasons – that Iran was duped via the nuclear agreement, having curbed its nuclear programme without receiving the full promised sanctions relief.

In a move that was viewed as an indirect signal to the Biden administration, Iran agreed on Tuesday to free the 19-member crew of a seized South Korea-flagged ship. In return, the South Korean government pledged to address Iran’s complaints about its inability to access $7bn in Iranian money that has been frozen in South Korean banks because of American sanctions reimposed by the Trump administration.

Time is running out. Iran has issued an ultimatum: if sanctions are not removed by 21 February, Tehran will expel international inspectors. It says it has already started enriching uranium at 20 percent, dangerously close to military grade. The US, in the meantime, does not seem to be in a hurry.