HOME / WORLD / Iran challenging Trump and giving Biden no choice: an imminent deal or no deal 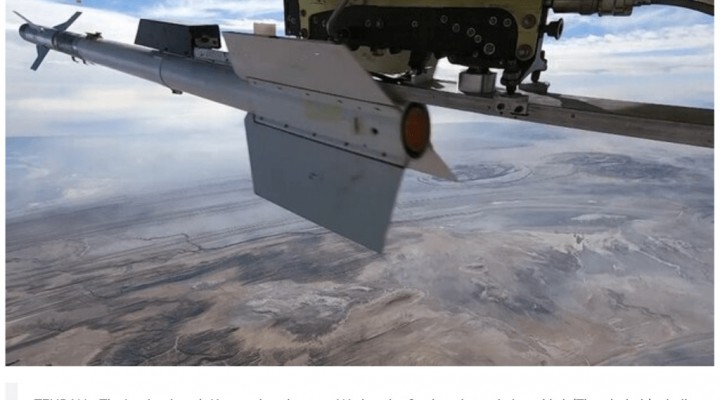 In the remaining two weeks with President Donald Trump in power, Iran is sending strong messages to the United States of America, and in particular to both the current President and to the President-elect Joe Biden, by launching a two-day exercise involving domestically produced drones in central Semman province, and by increasing its enriched Uranium purity to 20 per cent. The first message is directed at Trump’s “maximum pressure” sanctions and his orders to send two B-52S bombers, the USS Georgia submarine and the Nimitzcarrier to the Persian Gulf. Iran challenged Trump, counting on the fact that he will no longer launch a war in his last weeks of office and demonstrating that ,at any rate, Tehran is not afraid, and determined to face whatever is the result.

The second message to Biden is an ultimatum for his new administration to respect the nuclear deal (signed in 2015 and rejected by Trump in 2018) as it is. Iran’s return to 20 per cent Uranium supports Biden if he is sincere in returning to the nuclear deal and helps overwhelm all voices contesting the respect of the JCPOA. Otherwise, Iran will continue its enrichment and its nuclear capability with resolve. This is far from being a soukfor bartering or selling carpets, where negotiation would be possible. Iran is setting the rules with only two choices for Biden: take the nuclear deal as it was signed in 2015, or leave it.

The Iranian army (ground forces, Navy and Air Force) ended two days of exercises where hundreds of dronestravelled over 2,000 km and stroked targets using air-to-surface and air-to-air missiles, including the use of kamikaze drones and the destruction of ground fortifications and naval targets.  The exercises indicated how much Iran has managed to develop its deterrence capability (while under heavy sanctions) and how Iran plans to face any war waged against it by US President Donald Trump before his departure or by any other enemy of Iran.

Trump’s harshest sanctions were, and still are, very painful for the “Islamic Republic’s” economy and growth. However, the US administration failed to impose any effective deterrence on Iran: its leaders showed a total absence of flexibility and they refused to negotiate with Trump or even to respond to his eight attempts to contact his Iranian counterpart, Sheikh Hassan Rouhani.

To explain to the west its determination and avoid any modifications or re-negotiation, in November last year 2020, the Iranian parliament presented a bill with multiple articles drawing a road-map for the new US administration. The first article of the bill is about obliging the government to raise the uranium enrichment level to 20% at Fordow nuclear facility, a facility that has been closed for 15 years. The second article is about increasing Iran’s stockpile of low-enriched uranium. The third article stipulates that the government and the Atomic Energy Organization of Iran (AEOI) must use 1,000 of IR-2M and IR-6 advanced centrifuges by March, produce and store at least 120 kilograms of enriched uranium with 20 percent purity every year, and increase the monthly output of enriched uranium for various peaceful purposes with different purity levels by at least 500 kg.

Iran Warns of US False Flags

0 thoughts on “Iran challenging Trump and giving Biden no choice: an imminent deal or no deal”