HOME / WORLD / No Arab stake in a war on Iran 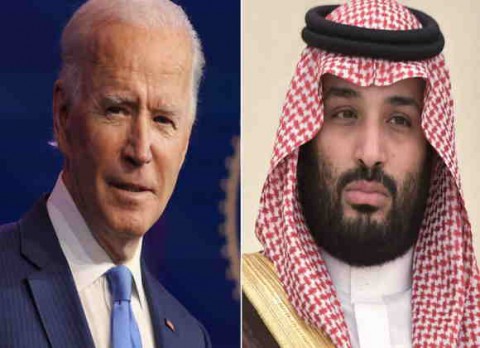 So why are some of us letting the US and Israel drag us into one?

A flurry of diplomatic activity is underway in the Middle East, with Saudi Crown Prince Mohammad Bin Salman starting a tour to Egypt, Jordan, and Turkey the day after Egyptian President Abdelfattah as-Sisi hosted the kings of Jordan and Bahrain at a three-way summit in Sharm al-Sheikh.

So what exactly is going on? What is the dish they are all pre-cooking before the ‘Grand Chef’ arrives in Riyadh next month?

These summits and visits come against the backdrop of acute Israeli anxiety about the undeclared collapse of the Vienna talks, Iran’s progress towards developing nuclear weapons, and the enhanced military and missile capability of its paramilitary allies. The Israeli occupation state wants to export this anxiety to Arab countries, especially in the Gulf region, so that their territory and people can be the battlefield and cannon-fodder in any war on Iran.

On Tuesday, war minister Benny Gantz told the Knesset that Israel was in the process of building what he termed a Middle East Air Defence Alliance led by the US aimed at integrating Israel into the region and isolating Iran. Why should some Arab governments be scurrying to this enemy’s assistance and to become partners in its wars?

Israel fears a nuclear-armed Iran would create a balance of nuclear terror that would end its hegemony in the region. So it is primarily an Israeli-Iranian problem. What interest do we Arabs have in becoming bit-players in this conflict — and paying the price in blood, treasure, destabilisation, and destruction — when the world stands on the brink of a third world war and global famine?

We Arabs were relieved when the US and its Western allies turned their war-making away from us to focus on fighting Russia in Ukraine. Why do we allow Biden, who is losing that fight, to bring war back to our region and drag us into a confrontation with Iran to serve Israel’s agenda, and to create an Arab-Israeli NATO whose cornerstone is Gantz’s Air Defence Alliance?

We halted, or rather abandoned, our wars against Israeli occupation on grounds of exhaustion and wanting prosperity and stability. Some of us struck security, military, or economic normalisation deals with Israel, either due to US pressure, or under capitulatory pretexts that amount to an admission of impotence and abandonment of moral principles and Arab rights. So why do some now want to go further and join this racist occupying enemy’s wars and defend its aggression and occupation of our lands? What is the return for this free service other than shame and disgrace?

The simple fact is that the coffers of most of the Gulf states — especially the direct or under-the table normalisers — are replete with oil revenues thanks to the big hike in energy prices caused by Russia’s invasion of Ukraine. Saudi Arabia which ran up budget deficits of tens of billions of dollars now earns a billion dollars a day. The US and Israel deem it necessary to put these funds to use in a war against Iran, waged with Arab money on Arab territory, and trigger an Arab-Persian conflict that could continue for years or decades, would be absolutely ruinous, and in which we have no stake.

This poisoned dish is being cooked up by a terrified — and I insist on using that adjective — Israel under the supervision of a US president who will go down in history as having ended his country’s superpower status by taking it into an unwinnable third world war.

How long will we Arabs remain puppets of those who humiliate us, occupy our lands and holy places, loot our resources, and on top of that take us for a ride and drag us like idiots with our eyes wide open into fighting their wars.

One thought on “No Arab stake in a war on Iran”