HOME / WORLD / “Israel” is both against and for a deal, and can’t admit it, US is drifting 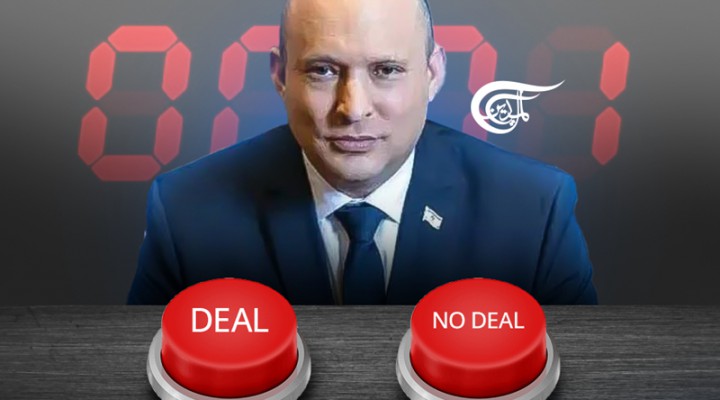 Got it? Crystal clear? “Israel” is habitually ‘against’, but the quality of its ‘no’ is bi-directional. It can move in one direction, or conversely in the opposite direction.

After more than a year, and eight rounds of negotiations, on the US returning to the Iranian nuclear deal, it had seemed that the US, without drama, was quietly walking away from a JCPOA deal — and to concede the reality that a deal is unattainable. “We do not have a deal … and prospects for reaching one are, at best, tenuous”, Rob Malley, Biden’s special envoy for Iran, told the Senate Foreign Relations Committee last month.

This seemed to suggest that a US faute de mieux — that it is ready to come to terms with Iran as a ‘threshold nuclear state’.  A prospect deemed not so strikingly urgent as to warrant the expenditure of US capital, or the diversion of White House’s limited ‘bandwidth’, when all attention has been laser-focussed on Ukraine, and the pivot to Asia.

But a month is a long time in politics — and things change. The IAEA board has just censured Iran over failure to provide explanations for dusty-old claims of errant enriched particles, (apparently) found at sites in Iran, despite the latter having provided further written detail explaining the breaches (which hark back to when Iran gained centrifuge technology from Pakistan in the 1970s).

The IAEA riposted its dissatisfaction, and formally has censured Iran. Following up this resolution, Iran disconnected 27 IAEA surveillance cameras, leaving “40 – something” still active and in situ. The IAEA now says that Iran plans to install two new cascades of IR-6 centrifuges, in what its Director-General Grossi said could be a “fatal blow” to a JCPOA deal.

Well, what’s going on? These ‘unresolved possible breaches truly are trivia, but what this IAEA censure signals is that “Israel” is pushing hard for the West to force Iran into a corner. The question is especially pertinent since “Israel” has never had a coherent policy on a nuclear deal.

“Israel” also said that it was against US withdrawal from the JCPOA in the Trump era, even though it pushed the US to withdraw from precisely that agreement which it said it was ‘against’.  Now “Israel” is against a new agreement, but also is against not having an agreement.

Got it? Crystal clear? “Israel” is habitually ‘against’, but the quality of its ‘no’ is bi-directional. It can move in one direction, or conversely in the opposite direction. So why is “Israel” now suddenly ‘against’, and looking to push matters to major contention?

It is not Iran’s growing pile of 60% enriched uranium. No. Iran, even if it wanted a weapon (which US intelligence says is not the case) is judged to be 1.5-2 years from either a warhead or a delivery system. And no one seriously claims Iran is moving toward either. It is plainly resting at the nuclear-  but not weapons threshold.

Three things have changed, and so “Israel”, in turn, is re-defining its ‘against’ in a much more bellicose mode:

First, the Bennett government may fall, and domestic polling tentatively hints that in any new national elections, the present coalition may be ousted – and even replaced by a Likud bloc including, and possibly led by, Netanyahu (as it seems that the indictment against the former PM may fail).

What to do in such a dire predicament? Well, Bennett and his allies know that Israeli policy on Iran has been Netanyahu’s personal plaything ‘for ever’.  And ‘that’ may be coming back as an assault on Bennett. The only defence then, is for Team Bennet to ‘out-Netanyahu’ Netanyahu. Bennet therefore, has turned hawk.  His line is for “Israel” (with America having its back) to attack Iran.

Secondly, Iran, Hizbullah, Hash’d a-Shaabi and the Palestinians can see clearly the coming disintegration and volatility about to overwhelm “Israel”.  They see that all the structural scaffoldings meant to contain tension which have been in place since the 1990s have ceased being fit for purpose. These mechanisms no longer contain latent conflicts. However, they are funnelling us headlong towards them. Therefore, all regional actors are making contingent preparations against the possibility of war this year.

Thirdly, and perhaps less certainly, Ukraine is transforming at lightning speed from political asset to liability for Team Biden. It threatens to become – potentially – a débacle on a par with Afghanistan for the Democrats. In desperation, might a ‘war’ that threatens “Israel” become the ‘saving distraction’ from worsening domestic woes for a beleaguered Party?

It is uncertain because the US Establishment is at odds with itself. In-fighting has begun. Some Élite factions want no distraction from disabling Russia (at almost, but not quite, any price). For this, they want Europe firmly under NATO control, whereas a Mid-East war would be divisive. The Pentagon too, would not favour such a diversion, just as it struggles to corral all resources toward the ‘China threat’.

The Pentagon already has deployed resources to East European NATO in response to Ukraine, and they are not about to be withdrawn anytime soon. They would be loath to add to their overseas commitments now.

Even in ‘Bidenesque-Washington’ there will be doubts. So Bennett’s ‘turn’ “potentially leaves “Israel” alone to face Iran. There is no real “Sunni-Israeli coalition”, and talk of an Israeli-Saudi-Emirati front to face Iran is more strategic fiction than practical reality”.  Does Biden want to encourage this ‘sham’ at a time when no one around the world has the energy to address a confrontation in the Middle East?

When you’ve convinced the world (as both Bennett and Netanyahu have done) that a nuclear Iran is a grave danger, and when the Israelis vow to ‘handle that end’ (i.e. handle Iran’s nuclear program on their own), there is bound to be deep skepticism in Washington. Bennett is channeling Netanyahu, unalloyed: Netanyahu boasted about secret operations that achieved ‘unprecedented deterrence’, and about “Israel’s” ability to act alone. So does Bennett today. Although he is more than 20 years younger, there is nothing new or changed in Israel’s policy on Iran.

Yet something is radically changed — not in “Israel” but in Iran. Today Iran can ‘red pill’ “Israel”, if attacked strategically by either “Israel” or the US.  Don’t believe it? You should. This is an unpleasant reality to which the US prefers to turn a blind eye.

“We’re drifting”, former envoy Aaron David Miller has said; “Hoping that Iran won’t push the nuclear envelope; “Israel” won’t do something really big, and Iran and its proxies don’t kill a lot of Americans in Iraq or elsewhere”.

0 thoughts on ““Israel” is both against and for a deal, and can’t admit it, US is drifting”