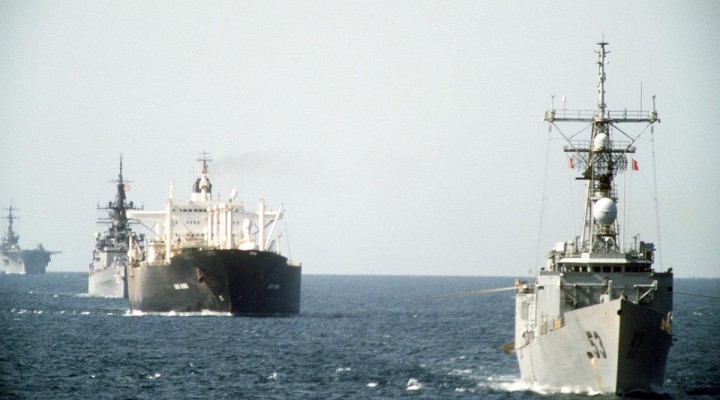 The seizure of two Greek tankers by Iranian Revolutionary Guard Corps (IRGC) commandos off the Iranian coast on Friday evening in retaliation for Greece’s confiscation of a cargo of Iranian oil at the request of the US sends out two main messages.

First, it is a warning to Greece, the US, and their EU allies, that Iran will respond swiftly and in kind to any targeting of its shipping in international waters or in or outside the country.

Secondly, that the Vienna nuclear talks between Iran, the US and other European states have collapsed, and all that remains is for their failure to be officially acknowledged.

Greece, which initiated hostilities by seizing the tanker Pegas and detaining its Russian crew, described Iran’s interception of its tankers carrying Iraqi crude as ‘piracy’ and a violation of international law, as though its own seizure of the Iranian vessel and intended transfer of its cargo to the US was legitimate, legal, and benign. This is brazen arrogance and hypocrisy, and the time has come to put an end to it.

The IRGC landed helicopter-borne troops on the tankers to assume control of them and take their crews into custody in a guesthouse. It also threatened to impound other tankers in the same way, listing 17 Greek vessels currently operating in the Gulf which it said would be vulnerable to seizure if any more Iranian ships were impounded.
It is perplexing that Greece, which has one of the world’s biggest shipping fleets, seemed unaware of Iran’s record of promptly retaliating for any attacks on its ships or illegal violations its airspace and territorial waters.

In 2019, Iran detained two British tankers in response to the detention by British forces of a Syria-bound Iranian tanker in the Strait of Gibraltar. In 2020, Iranian naval boats intercepted a South Korean tanker and impounded its cargo after the South Korean government suspended billions of dollars of Iranian oil revenues in compliance with illegal US sanctions. More seriously, an Israeli cargo ship in the Gulf of Oman was subjected to a drone attack in retaliation for Israeli attacks on Iranian ships and tankers. The UK, US and Israel threatened a forceful collective response, but we have yet to see one, and there have been no further Israeli attacks on Iranian vessels.

It is also to be recalled that Iranian air defences shot down a high-altitude Global Hawk spy drone, the most sophisticated and expensive in the US armory, when it violated Iranian airspace near the Strait of Hormuz in June 2019. Iranian missiles also targeted the Ain al-Asad base in western Iraq, injuring scores of US troops, as ‘preliminary’ retaliation for the assassination of Gen Qasem Soleimani and his comrades in Baghdad. It has been made clear that ‘proper’ retaliation has yet to come, and will be of a nature that matches the stature of the slain commander (even though one of the demands made by the US at the Vienna talks was for Iran to forego any such retaliation).

Iran’s next retaliatory move may come in occupied Palestine or the Gulf region as payback for the assassination of IRGC colonel Hasan Sayad Khodai in Tehran earlier this month, and an Israeli attack on an Iranian military site that killed two engineers working there.

Israel’s embassies around the world have been placed on high alert and are under heavy guard in anticipation of a bombardment or raid. If the Mossad base in Erbil could be pounded with missiles, so could any other Israeli intelligence, security, or diplomatic target anywhere else.

Hezbollah Secretary General Hasan Nasrallah served notice last month that the days of deferred retaliation are over, and the Resistance Axis and specifically Iran will in future respond swiftly to any attacks against it in Syria or elsewhere.

The seizure of the Greek tankers may be an early illustration of this policy in practice. More such actions can be expected in the days and weeks to come.

One thought on “The ‘tanker war’ resumes”