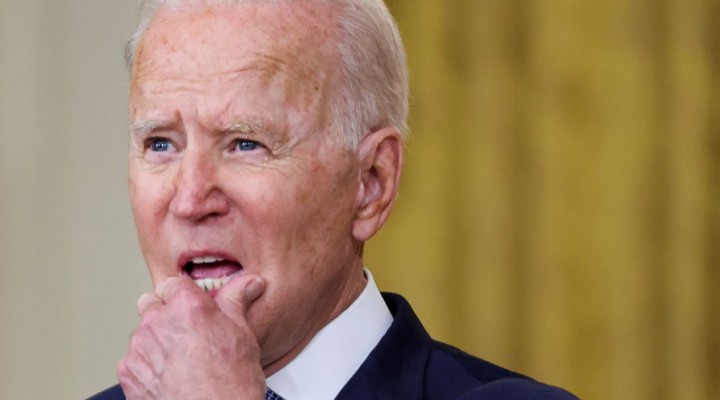 The latest news about Joe Biden’s intended Middle East tour is that it has been postponed until July. No dates have yet been set, and it could be delayed again or even cancelled. So why is this trip in doubt while the US president’s other travels — to East Asia, New Zealand, and Europe — are proceeding on schedule?

The answer can be summed up in a single word: ‘Ukraine’. It has become the overriding priority of the US president and deep state, reducing the importance of the Middle East, at least temporarily.

Meanwhile, Russian Foreign Minister Sergei Lavrov stepped into the breach to deliver a pre-emptive diplomatic strike. His high-profile visit to the region, and his meeting with Gulf Cooperation Council (GCC) ministers which upheld existing energy cooperation agreements, sabotaged Biden’s tour before it even began, and dealt a major blow to Washington’s efforts to repair its rapidly deteriorating relationships in the region.

Russian diplomacy has so far been successful in prizing the ‘Middle East’ out of the grasp of the US. The map of strategic alliances in the region has begun changing in Moscow’s favour for the first time in 80 years, during which US hegemony has been total and unchallenged, especially in the Gulf.

This voids any US presidential tour of any value, and more importantly, makes it much more likely to end in failure than success. Whoever would have believed that the Arab Gulf monarchies would end up standing in the same trench as the ‘revolutionary’ or ‘leftist’ republics like Algeria, Syria, Iraq, and Egypt?

The most important stop in Biden’s Gulf tour was to have been Riyadh for a meeting with Saudi Arabia’s de facto ruler Crown Prince Mohammed Bin Salman that would end the US boycott of the king-in-waiting. Washington has been toning down earlier optimistic predictions in this regard. Biden is now said to “have no plans at the present time” to visit Saudi Arabia. The US reaction to OPEC’s latest oil production increase was that it was “positive but insufficient.” But Biden himself dealt a near-fatal blow to the tour when he said it was “premature” to consider a meeting between him and Bin-Salman. It was left to the White House spokesman to explain more clearly that Biden hasn’t changed his views on human rights in Saudi Arabia or Bin-Salman’s role in the murder and dismemberment of journalist Jamal Khashoggi, which had turned him into a “pariah”.

The reality is very different. Russia was quick to exploit this Saudi-US falling-out to break much of Bin-Salman’s international isolation and lure him away from his American allies. It threw him a lifeline and pulled him to its side in upholding the OPEC+ agreement. He resisted all US demands and pressure to abandon it and increase oil production to flood the markets and push down prices, after the alternative US policy of drawing on strategic reserves proved ineffective and unsustainable.

The US is steadily losing most of the Gulf states (with the exception of Qatar) to a new and smarter Russian partner. This was reflected in the latest OPEC meeting that agreed an oil production increase of just 200,000 barrels per day, ignoring US pleas for a hike of at least 1,000,000 b/d.

The question being asked now is: Will the Biden administration meekly accept this defeat and raise the white flag of surrender? The answer is a resounding ‘no’. Biden implements the deep state’s policy in the Middle East and has many strong cards to play, notably the many military bases in the Gulf that were established not to protect these countries but to ensure their governments’ obedient and faithful compliance with US policies.

The US is like a wounded tiger at the moment. Russia has been gaining the upper hand military and economically in the Ukraine war, and the economic sanctions imposed on it have been an almost complete failure. In the Middle East, the talks on Iran’s nuclear programme have failed, or are about to fail, are remain only to be buried. Many US allies have started jumping, or learning how to jump, from its floundering ship onto the dry land of alignment with the new and more solid Russian-Chinese alliance.

But wounded tigers can lash out in any direction. In this case, the most likely may be the Kingdom of Saudi Arabia.

Is US Commitment to Ukraine War at Tipping Point?

One thought on “Biden loses the Gulf”