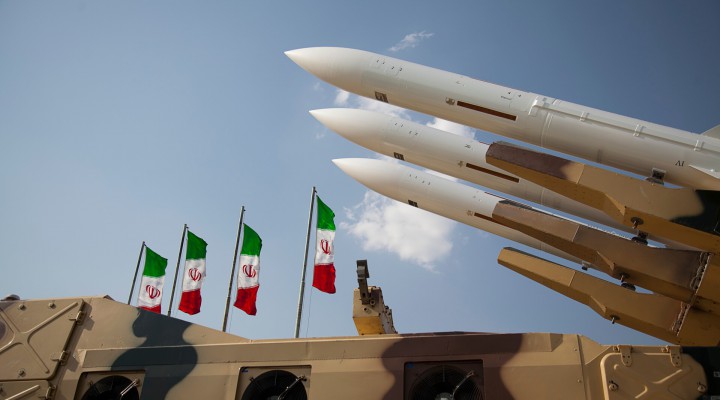 The International Atomic Energy Agency (IAEA) and Iran are locked in a dispute about the source of radiological particles detected at three undeclared sites in Iran. For the IAEA, the issue is technical: Iran, it maintains, must provide a credible account of how these particles got to where they were detected. For Iran, the matter is political: The intelligence the IAEA relied on to investigate these sites came from Israel, a nation opposed to Iran’s nuclear program and which Iran has accused of manufacturing false intelligence in the past. This dispute has brought to a head issues about the viability of the Joint Comprehensive Plan of Action (JCPOA), with Iran’s decision to turn off monitoring cameras making future verification all but impossible. As a result, the JCPOA is all but dead.

Iran’s decision to pull the plug on the IAEA camera-based monitoring system in effect terminates the last remaining vestiges of the enhanced verification measures instituted as part of the JCPOA, more popularly known as the Iran nuclear deal. This has driven a stake through the heart of a negotiation process that sought to bring the US back into the JCPOA process and, in doing so, bring Iran back into conformity with its obligations. The agreement had been languishing since former President Donald Trump precipitously withdrew the US in May 2018. The US withdrawal was followed by the institution of US sanctions that had been ended under the terms of the JCPOA, leading to Iran’s graduated termination of its commitments until such time as US sanctions are lifted.

The decision to turn off the 27 surveillance cameras that had been set up to monitor nuclear activities covered by the JCPOA brings to an end a temporary agreement between Iran and the IAEA, reached in February 2021. That permitted the JCPOA-affiliated cameras to continue recording activity, but withheld the data captured from IAEA scrutiny until US sanctions were lifted. A law passed by Iran’s parliament in December 2020 mandated that the Iranian government cease implementation of JCPOA-specific monitoring if the US sanctions were not lifted by Feb. 23, 2021.

This agreement ensured that the record of Iranian compliance that had existed prior to the US withdrawal could be verified as continuing once the images were reviewed. With the cameras now shut down, a verification gap has been created that brings the issue of Iranian compliance back to square one. The odds of the IAEA and Iran being able to recreate an acceptable level of confidence in any future compliance verification regime are significantly reduced, making any revival of the JCPOA difficult, if not impossible, to achieve.

Iran’s decision comes in the wake of a resolution issued by the IAEA Board of Governors that was critical of Iran’s compliance with its obligations under the Nuclear Non-Proliferation Treaty (i.e. standard Safeguards Agreement). However, by raising issues that pertain to actions that Iran believes had been adequately addressed as part of its obligations prior to the JCPOA entering into force, the resolution was indirectly attacking Iranian compliance with the JCPOA itself. The board’s resolution was driven by a critical report issued by the IAEA that criticized Iran’s failure to provide “technically credible explanations” for the presence of uranium particles of anthropogenic origin (i.e. man-made) that had been detected by the IAEA at three locations in Iran — Turquzabad, Varamin and Marivan. Absent any such information from Iran, the IAEA declared that it “cannot confirm the correctness and completeness of Iran’s declarations under its Comprehensive Safeguards Agreement.”

The IAEA resolution, when combined with the Iranian decision to shut down the JCPOA-specific monitoring cameras, signals a mutual loss of confidence that, for all intents and purposes, brings to an end negotiations that had been ongoing between Iran, the US, and the other parties to the JCPOA. These negotiations had been deadlocked for some time, but both Iran and the US had publicly held out hope that they could be finalized in the foreseeable future. Without ruling out an eventual future compromise, both Iran and the US have made it clear that bringing the negotiations to fruition under the present circumstances is, for all practical purposes, a bridge too far.

The heart of the current controversy rests with the IAEA’s demand that Iran provide adequate answers to questions the nuclear watchdog posed about the three locations. Iran has provided explanations that the IAEA deems unacceptable. For its part, Iran has accused the IAEA of acting on fabricated intelligence information from Israel, a longtime opponent of both Iran’s nuclear program and the JCPOA.

The existence of Turquzabad was revealed by then-Israeli Prime Minister Benjamin Netanyahu during a speech before the UN General Assembly in September 2018. Turquzabad is a neighborhood in Iran’s capital city of Tehran, where Israel claimed a warehouse served as a secret “atomic archive” for Iran. Israel claims its intelligence services raided the warehouse in January 2018, making off with about 55,000 paper files and 183 CDs containing another 55,000 files. Israel claims that these files, which were estimated to represent 20%-50% of the warehouse’s inventory, catalog Iran’s efforts to develop a nuclear weapon.

One of the problems facing Israel was that, under scrutiny, the files it claimed to have stolen were comprised, at least in part, of the same documents Israel had provided to the IAEA back in 2004 — which makes it look like Israel was simply recycling old intelligence. The veracity of the documents aside, the fact remains that when the IAEA gained access to Turquzabad and two other sites — Varamin and Marivan — identified by Israel as being suspicious in nature, its environmental sampling found evidence of probable yellowcake (processed natural uranium) and low-enriched uranium, with a detectable presence of U-236 and of slightly-depleted uranium.

Iran claims there is no possible explanation for these particles being at the sites in question, and that the only logical explanation is that “an ill-intended third party — namely Zionist regime” (i.e. Israel) contaminated the sites before revealing their location to the IAEA. Iran has not provided any evidence to support this explanation. While this is an extraordinary claim, the admission by Israel that its agents were physically present at Turquzabad previously means it can’t be dismissed out of hand.

None of the nuclear-related activities alleged to have taken place at the three sites occurred after 2003. From Iran’s perspective, the underlying issues underpinning any potential IAEA concerns were already addressed when the issue of “past military dimensions” (PMD) — derived in part from the “alleged studies” documents — was investigated and found to be adequately resolved as part of the IAEA’s final assessment on PMDs released in December 2015. This report was a necessary precondition for the implantation of the JCPOA. Likewise, none of the radioactive particles detected by the IAEA are part of any ongoing activity that had been subjected to stringent monitoring prior to Iran shutting off the JCPOA-specific cameras, which made any covert enrichment all but impossible.

The decision by the IAEA to make its investigation into alleged Iranian activities predating 2003 central to its monitoring mission is curious. The fact that the IAEA Board of Governors’ resolution was drafted by France, Germany and the UK — all parties to the JCPOA — with the consent of the US suggests a political motive. One possibility is that the demands Iran was making to the US regarding the JCPOA were too much of a political ask for President Joe Biden and rather than publicly reverse a campaign pledge to bring the US back into compliance, Washington instead helped insert a poison pill in the form of Israeli intelligence that it knew Iran would reject out of hand.

Regardless of the motive, the fact is that the JCPOA is, from a practical standpoint, all but dead.

0 thoughts on “Farewell JCPOA, We Hardly Knew You”