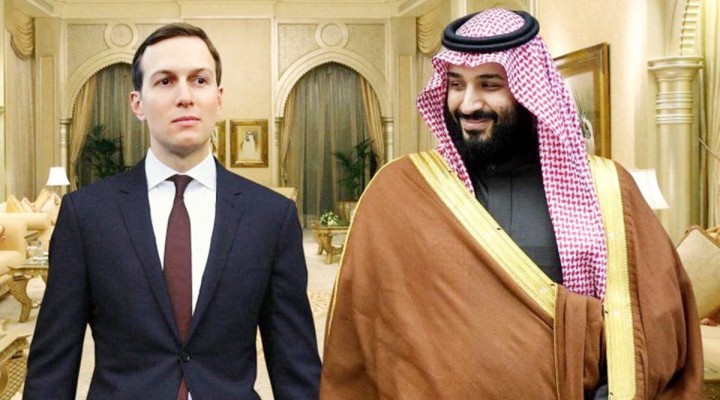 Why is Trump’s son-in-law visiting Saudi Arabia and Qatar in the dying weeks of their administration?

One of the best things about Joe Biden’s election as US president is that we will no longer have to see the face of the avaricious Jared Kushner, or at least not for the next four years. Whatever we may think of the incoming US administration and its policies, this disciple of Benjamin Netanyahu, orchestrator of normalisation and plunderer of Arab coffers should hopefully disappear from the limelight.

Kushner, who has spent the past four years exploiting his position as son-in-law of the most pro-Zionist and anti-Arab US president ever, is due to visit Saudi Arabia and Qatar in a few days’ time, supposedly to broker a reconciliation between the two countries before he and his father-in-law quit the White House.

It is highly doubtful that he really intends to use his farewell tour to lend a helping hand to some of his Gulf Arab friends. He has other, higher, objectives: to break the Israeli occupier-state’s isolation, establish its supremacy over the Arab world, obliterate the Palestinian cause, promote anti-Palestinian hatred in the region, and herd its governments into the normalisation pen.

The fact that this visit comes less than a week after the Israeli Mossad and its agents assassinated Iranian nuclear scientist Mohsen Fakhrizadeh betrays its aims. It is a last-ditch attempt to expand Israel’s circle of Arab allies and enlist them either in a war or a campaign of terrorist attacks against Iran. Kushner is representing Israel, and Israel is desperate to get as much damage as possible inflicted on Iran and its nuclear facilities before Biden takes office.

Briefings given to US and Western media that Kushner is trying to pull off a Saudi-Qatari reconciliation are eyewash, aimed at concealing his true aim of stepping up the targeting of Iran in the coming few weeks.

Over the past four years, neither Kushner nor his father-in-law ever seriously tried to heal the rift between Saudi Arabia and Qatar, so why should they be stepping up to the task now just six weeks before leaving office? And if they are serious, why isn’t he also visiting Saudi Arabia’s partners in the anti-Qatar ‘quartet’: Egypt, the UAE and Bahrain? Instead, he is travelling only to the two countries that host the biggest US military bases in the region. To alert them to impending military operations, perhaps?

There has been no recent evidence that the Saudis are minded to mend fences with Qatar. They resisted pressure from the US and others to do so for years. But even if they are now willing, why now? Why ‘gift’ this climbdown to an outgoing administration rather than an incoming one whose goodwill they desperately need to earn — Biden having promised to end arms sales to halt the Yemen war and hold Riyadh accountable for human rights abuses?

Let’s see what happens when Kushner meets with Crown Prince Muhammad Bin-Salman at the ‘Neom’ resort in north-western Saudi Arabia. Will they be joined by Netanyahu and Mossad chief Yossi Cohen, who flew in to take part in Bin-Salman’s talks there with US Secretary of State Mike Pompeo last week? They reportedly agreed then to escalate terrorist attacks and bombings of nuclear facilities in Iran in the hope of provoking the Iranian leadership to retaliate and thereby provide the pretext for a ‘war of mass destruction’.

But the Iranian leadership is unlikely to walk into that trap. Its measured reaction to the assassination in January of legendary commander Qasem Soleimani shows that it knows how to play the long game. It will almost inevitably retaliate properly at some point: but only when the time is right, and not when an incoming US administration might re-join the JCPOA nuclear accord and thus relieve it of some economic and financial sanctions.

Kushner may be simply going to Saudi Arabia to secure his personal and financial future, using his normalisation achievements – which have done his allies enormous long-term damage – as an investment. Who knows? All we can say is that the next few weeks could spring some unpleasant surprises in the Middle East.