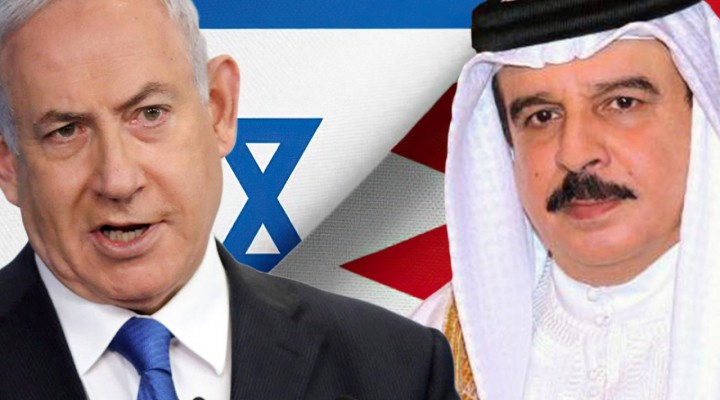 Among the thousands of US diplomatic cables published by Wikileaks in 2006-7 was one reporting a meeting between the US ambassador in Manama, Adam Ereli, and the king of Bahrain, Hamad bin-Issa Al Khalifa. The envoy thanked the ruler for the efforts made by his son the crown prince to reach out to Israel by publishing an article under his name in an Israeli newspaper explaining the Arab Peace Initiative and urging Israelis to support it.

The cable said King Hamad asked the ambassador whether he had read the editorial by Abdel Bari Atwan criticising the move, which he said had been followed by a host of other critical articles by Arab writers that had resonated widely among the Bahraini people.

Many other Arab parties, not least the Palestinian Authority (PA), fell for the trap set at the time by Western officials – including Tony Blair, the then Quartet envoy and broker of the current normalization agreements – who urged them to write articles in the Israeli press so as to address the Israeli public directly and bypass the hard-line right-wing government. Some of them paid huge sums for Hebrew and English translations of the Arab Peace Initiative to be published in various Israeli papers as expensive paid advertisements. It all turned out to be a hoax. The aim was merely to initiate a process of political and media normalization, while the Arab Peace Initiative itself was unceremoniously abandoned.

Now the Bahraini government – which hosted the economic conference that set the stage for Jared Kushner’s ‘Deal of the Century’ – has embarked on the biggest act of normalization-for-free yet: in defiance of its people and its constitution. It has formally disengaged from the Palestinian cause – and perhaps all Arab and Islamic causes – and moved firmly into the Israeli camp. It is preparing to become the second country alongside the UAE to sign a ‘peace agreement’ with Israel at the White House on Tuesday.

These are not peace agreements. They are military and security pacts inaugurating a strategic alliance that anoints Benjamin Netanyahu as protector-in-chief of the Gulf and Arabian Peninsula.

By choosing to stand in the Israeli trench for nothing in return, Bahrain’s rulers have stuck a poisoned dagger not just in the back of the Palestinian cause but also the backs of their own people, true patriots who have always maintained their steadfast commitment to Palestine and other Arab causes. The government tried to deceive them when it claimed last week – while commenting on the UAE’s normalisation deal with Israel – that it remained committed to the Arab Peace Initiative and an independent Palestinian state with Jerusalem as its capital. Yet it transpired just days later that it had resolved to sign a similar peace agreement. Adding insult to injury, the Bahraini people heard about their government’s treacherous move from Washington and Tel Aviv and out of Trump’s mouth, not from their own country’s rulers.

The Bahraini ruling family and all other Gulf ruling clans are mistaken if they think signing these agreements will make them any safer. The precise opposite could be the case. Israel can scarcely protect itself when challenged and is in no position to provide meaningful protection to them. They would do well to remember how Israel was defeated and forced out of South Lebanon and the Gaza Strip, and how it abandoned all the clients who had collaborated with it – the luckiest of them ended up running falafel stalls in the back-streets of Tel Aviv.

If these families are afraid of Iran, having fallen for the Israeli-American demonization campaign, they should realise that the Iranian ‘threat’, if it really exists at all, can only increase from now on. By making this move, they have provided Tehran with political ammunition it could never have dreamed of. They have also given additional credibility to the Bahraini opposition’s just demands for justice, democracy and a say in how the country is governed.

We do not understand why Gulf governments are signing up to agreements that reduce them to instruments of US and Israeli hegemony and turn their territory into the battleground of future wars, against Iran and others, in which they have no real stake. Joining this alliance will make their infrastructure a target for Iranian missiles in any future war, especially Bahrain which is just a few kilometres across the water from the Iranian mainland.

They are making a dangerous gamble by offering the US president all these normalisation gifts when his chances of remaining in power after the impending elections are by no means guaranteed and he is trailing badly in the polls. More importantly, the majority of Bahrainis of all creeds reject this normalisation and have been reaffirming – to the extent they can – their undying support for their Palestinian brothers and sisters and their just struggle to regain their occupied lands.

The Bahraini authorities may have won the approval of Trump and Kushner and their puppet-master Netanyahu. But they will lose their people, even more than before, along with the respect of most Arab and Islamic peoples.

0 thoughts on “Joining the normalization train”