HOME / WORLD / Why does Iran believe Israel could be preparing a strike against its nuclear facility? 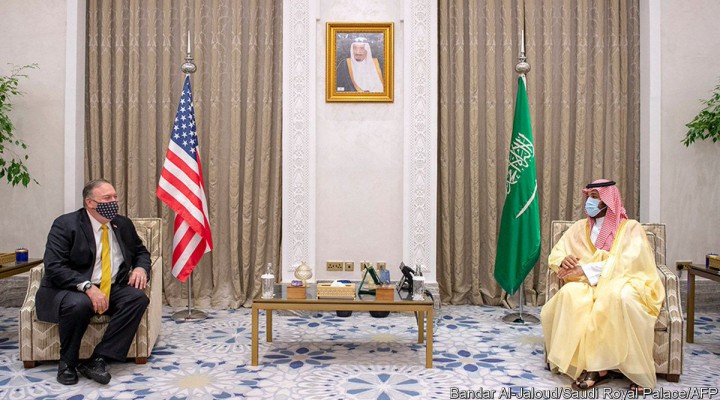 In an unprecedentedly high level of military readiness, the “Axis of the Resistance” led by Iran has declared a maximum alert on all fronts, as a preparation for a possible battle or war breaking out in the Middle East prior to the arrival in office of President-elect Joe Biden.

Sources within the “Axis of the Resistance” say that “the US may not be planning for a war against Iran with President Donald Trump leaving office soon. However, it is not excluded that the “bully of the neighbourhood”, Prime Minister Benyamin Netanyahu, would like to carry out a swift hit on the Iranian nuclear facilities in order to sabotage the nuclear deal ready for when Biden takes over. In the case of an Israeli bombing followed by an Iranian retaliation, the Trump administration can then intervene with the pretext of “defending” Israel.”

The sources explained that Israel, Saudi Arabia, the Emirates and Bahrein fear the US-Iranian agreement and believe it is a terrible idea and a mistake that doesn’t serve the benefit of Israel. Moreover, Saudi Arabia is wholeheartedly working to “cut off the head off the snake”, Iran, and believes that is essential for its security and indeed dominance of the Middle East, notwithstanding its own incapacity to submit the most impoverished country, Yemen, after five years of war. These are all mistaken because it is unlikely that Iran will walk directly into the Israeli-Saudi trap and be dragged into battle. However, Iran is in a state of maximum alert, even more than at the time it had downed a US drone or directly hit a US base in Iraq, when the possibilities of war were very high.

There is little doubt about Israel’s desire to do everything possible to prevent Biden from returning to the nuclear deal with Iran, signed by Barak Obama in 2015. For that purpose, Israel is in a position to lead the defence of the Gulf, acting on their behalf and in their name, creating a coalition against Iran and the US’s future desire to put the nuclear deal back on the table.

0 thoughts on “Why does Iran believe Israel could be preparing a strike against its nuclear facility?”