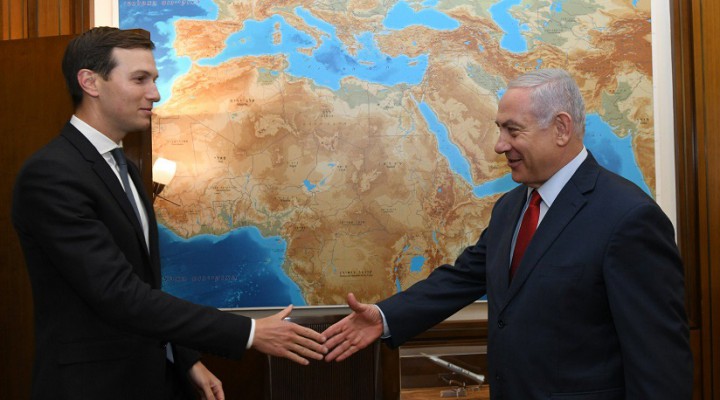 There are two stories that seem to have been under-reported in the past couple of weeks. The first involves Michael Flynn’s dealings with the Russian United Nations Ambassador Sergey Kislyak. And the second describes yet another bit of espionage conducted by a foreign country directed against the United States. Both stories involve the State of Israel.

The bigger story is, of course, the dismissal by Attorney General William Barr of the criminal charges against former National Security Advisor General Michael Flynn based on malfeasance by the FBI investigators. The curious aspect of the story as it is being related by the mainstream media is that it repeatedly refers to Flynn as having unauthorized contacts with the Russian Ambassador and then having lied about it. The implication is that there was something decidedly shady about Flynn talking to the Russians and that the Russians were up to something.

In reality, the part left out of the story is that the phone call to Kislyak on December 22, 2016, was made by Flynn at the direction of Jared Kushner, who in turn had been approached by Israeli Prime Minister Benjamin Netanyahu. Netanyahu had learned that the Obama Administrating was going to abstain on a United Nations vote condemning the Israeli settlements policy, meaning that for the first time in years a U.N. resolution critical of Israel would pass without drawing a U.S. veto. Kushner, acting for Netanyahu, asked Flynn to contact each delegate from the various countries on the Security Council to delay or kill the resolution. Flynn agreed to do so, which included a call to the Russians. Kislyak took the call but did not agree to veto Security Council Resolution 2334, which passed unanimously on December 23rd.

In taking the phone calls from a soon-to-be senior American official who would within weeks be part of a new administration in Washington, the Russians did nothing wrong, but the media is acting like there was some kind of Kremlin conspiracy seeking to undermine U.S. democracy. It would not be inappropriate to have some conversations with an incoming government team and Kislyak also did nothing that might be regarded as particularly responsive to Team Trump overtures since he voted contrary to Flynn’s request.

The phone call made at the request of Israel was neither benign or ethical as the Barack Administration was still in power and managing the nation’s foreign policy. At the time, son-in-law Jared Kushner was Trump’s point man on the Middle East. He and his family have extensive ties both to Israel and to Netanyahu personally, to include Netanyahu’s staying at the Kushner family home in New York. The Kushner Family Foundation has funded some of Israel’s illegal settlements and also a number of conservative political groups in that country. Jared has served as a director of that foundation and it is reported that he failed to disclose the relationship when he filled out his background investigation sheet for a security clearance. All of which suggests that if you are looking for possible foreign government collusion with the incoming Trumpsters, look no further.

And it should be observed that the Israelis were not exactly shy about their disapproval of Obama and their willingness to express their views to the incoming Trump. Kushner went far beyond merely disagreeing over an aspect of foreign policy as he was actively trying to clandestinely subvert and reverse a decision made by his own legally constituted government. His closeness to Netanyahu made him, in intelligence terms, a quite likely Israeli government agent of influence, even if he didn’t quite see himself that way.

Kushner’s actions, as well as those of Flynn, would most certainly have been covered by the Logan Act of 1799, which bars private citizens from negotiating with foreign governments on behalf of the United States and also could be construed as a “conspiracy against the United States.” But in spite of all that the investigation went after Flynn instead of Kushner. As Kushner is Jewish and certainly could be accused of dual loyalty in extremis, that part of the story obviously makes many in the U.S. Establishment and media uncomfortable, so it was and continues to be both ignored and expunged from the record as quickly as possible.

The second story, which has basically been made to disappear, relates to spying by Israel against critics in the United States. The revelation that Israel was again using its telecommunications skills to spy on foreigners came from an Oakland California federal court lawsuit initiated by Facebook (FB) against the Israeli surveillance technology company NSO Group. FB claimed that NSO has been using servers located in the United States to infect with spyware hundreds of smartphones being used by attorneys, journalists, human rights activists, critics of Israel and even of government officials. NSO allegedly used WhatsApp, a messaging app owned by FB, to hack into the phones and install malware that would enable the company to monitor what was going on with the devices. It did so by employing networks of remote servers located in California to enter the accounts.

NSO has inevitably claimed that they do indeed provide spyware, but that it is sold to clients who themselves operate it with the “advice and technical support to assist customers in setting up” but it also promotes its products as being “used to stop terrorism, curb violent crime, and save lives.” It also asserts that its software cannot be used against U.S. phone numbers.

Facebook, which did its own extensive research into NSO activity, alleges that NSO rented a Los Angeles-based server from a U.S. company called QuadraNet that it then used to launch 720 hacks on smartphones and other devices. It further claims in the court filing that the company reverse-engineering WhatsApp, using an program that it developed to access WhatsApp’s servers and deploy “its spyware against approximately 1,400 targets” before “…covertly transmit[ting] malicious code through WhatsApp servers and inject[ing]” spyware into telephones without the knowledge of the owners.”

The filing goes on to assert that the “Defendants had no authority to access WhatsApp’s servers with an imposter program, manipulate network settings, and commandeer the servers to attack WhatsApp users. That invasion of WhatsApp’s servers and users’ devices constitutes unlawful computer hacking.”

NSO, which is largely staffed by former (sic) Israeli intelligence officers, had previously been in the news for its proprietary spyware known as Pegasus, which “can gather information about a mobile phone’s location, access its camera, microphone and internal hard drive, and covertly record emails, phone calls and text messages.” Pegasus was reportedly used in the killing of Saudi dissident journalist Adnan Kashoggi in Istanbul last year and it has more recently been suggested as a resource for tracking coronavirus distance violators. Outside experts have accused the company of selling its technology and expertise to countries that have used it to spy on dissidents, journalists and other critics.

Israel routinely exploits the access provided by its telecommunications industry to spy on the host countries where those companies operate. The companies themselves report regularly back to Mossad contacts and the technology they provide routinely has a “backdoor” for secretly accessing the information accessible through the software. In fact, Israel conducts espionage and influence operations both directly and through proxies against the United States more aggressively than any other “friendly” country, which once upon a time included being able to tap into the “secure” White House phones used by Bill Clinton to speak with Monica Lewinsky.

Last September, it was revealed that the placement of technical surveillance devices by Israel in Washington D.C. was clearly intended to target cellphone communications to and from the Trump White House. As the president frequently chats with top aides and friends on non-secure phones, the operation sought to pick up conversations involving Trump with the expectation that the security-averse president would say things off the record that might be considered top secret.

A Politico report detailed how “miniature surveillance devices” referred to as “Stingrays” were used to imitate regular cell phone towers to fool phones being used nearby into providing information on their locations and identities. According to the article, the devices are referred to by technicians as “international mobile subscriber identity-catchers or IMSI-catchers, they also can capture the contents of calls and data use.”

Over one year ago, government security agencies discovered the electronic footprints that indicated the presence of the surveillance devices near the White House. Forensic analysis involved dismantling the devices to let them “tell you a little about their history, where the parts and pieces come from, how old are they, who had access to them, and that will help get you to what the origins are.” One source observed afterwards that “It was pretty clear that the Israelis were responsible.”

So two significant stories currently making the rounds have been bowdlerized and disappeared to make the Israeli role in manipulating and spying against the United States go away. They are only two of many stories framed by a Zionist dominated media to control the narrative in a way favorable to the Jewish state. One would think that having a president of the United States who is the most pro-Israel ever, which is saying a great deal in and of itself, would be enough, but unfortunately when dealing with folks like Benjamin Netanyahu there can never be any restraint when dealing with the “useful idiots” in Washington.

Our Civilisational Quagmire – Looking Truth in the Eye