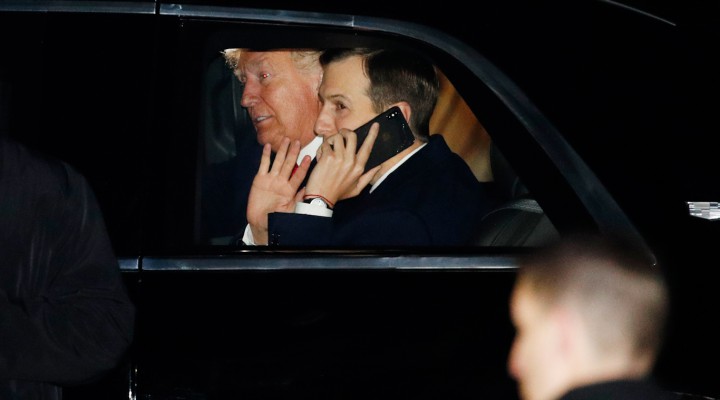 The Kushner family’s ties to for-profit healthcare companies underscore the myriad of conflicts of interests that billionaire businessmen have, making them particularly unsuited to holding public office.

MPN– Covid-19 might be decimating the economy and threatening to kill millions of Americans, but in crisis there is opportunity. Opportunity, specifically for Joshua Kushner, brother of Jared, son-in-law and senior advisor to President Donald Trump. Joshua is the co-founder of Oscar Health, a huge medical company that this week launched a test center locator for COVID-19, where users input their data and are directed to one of many locations where they can receive a test. It is highly likely that medical companies will be later reimbursed by the government for any services they provide.

Founded in 2012, Oscar Health has been described as the Uber of healthcare, and like Uber, it has been criticized for unethical business practices. In 2018, for instance, it was condemned for selling an Obamacare insurance package with a massive $15,800 deductible. Also like Uber, it has received enormous cash injections from notable investors, including in this case Alphabet (the parent company of Google) and billionaire tech tycoon Peter Thiel. Jared also had a large share in the company. And like Uber, it continues to lose money, posting a $57 million loss in 2018 and a $110 million in 2019.

Even superficially tested, the product Oscar has come up with has serious flaws; Mother Jones noted that the locator incorrectly advised a Maryland resident that the nearest coronavirus test facility was in Kansas, over 1,000 miles away.

Jared, once a co-owner of the company, married Ivanka Trump in 2009 and has since become a close confidant of his father-in-law, and is a regular feature in the White House. He holds top secret security clearances and is often cited as one of the architects of Trump’s Middle East Plan, the so-called “Deal of the Century.” The New York Times reported that he advised Trump to downplay the severity of the COVID-19 threat, and to criticize the media’s apparent overblown coverage, a decision that appears tragically misguided today. That he is completely out of his depth was underscored when the Times also reported that he sought out advice from his brother Joshua’s father-in-law, the physician Kurt Kloss. Immediately afterward, Kloss posted on a public Facebook group aimed at doctors, “If you were in charge of the Federal response to the Pandemic what would your recommendations be?” claiming that he had “[a] direct channel to [a] person now in charge at White House and have been asked for recommendations.”

While Kloss is at least a doctor, the fact that the United States’ response to a pandemic is coming third hand through a Facebook forum, rather than the Center for Disease Control (which Trump slashed to the bare bones) is truly breathtaking. “In the almost 30 years of training for and practicing emergency medicine I have not been afraid until today,” Kloss concluded. Earlier this week it was reported that the Trump administration quietly offered a huge sum of cash to a German pharmaceutical firm in order to secure exclusive control, access and supply of any coronavirus vaccine it created, making sure it was available only on a for-profit basis. This enraged the German government; “Germany is not for sale,” replied economy minister Peter Altmaier. Meanwhile, American pharmaceutical company Gilead is involved in a legal battle with the Chinese government to deny them the right to any potential vaccine, arguing that the Chinese would likely give it away free to the world, thus destroying their profits.

The Trump administration went from describing the incoming pandemic as a “hoax” to attempting to deflect the blame onto China itself, the president consistently calling COVID-19 the “Chinese Virus,” with corporate media, both Democrat and Republican-aligned calling for “consequences” for the supposed Chinese mishandling of the outbreak. While there is much that could be criticized, the World Health Organization has praised the overall handling of the crisis in China.

The Kushner family’s ties to for-profit healthcare companies underscore the myriad of conflicts of interests that billionaire businessmen have, making them particularly unsuited to holding public office. In the 1970s, President Carter was forced to give up his peanut farm, the public considering it too much of a liability. Today, plutocrats like Trump, Tom Steyer or Michael Bloomberg can run for the highest office with limited resistance. While the coronavirus spells doom for millions of Americans and their businesses, at least America can rest assured that the Kushners won’t go hungry.