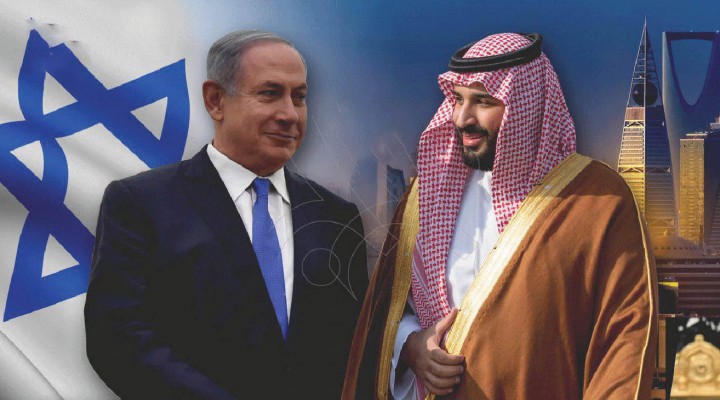 The Arab-Israeli normalisation fad will not last long. And the regimes involved will live to regret it.

With all the Israeli media confirming that Prime Minister Benjamin Netanyahu flew to Saudi Arabia on Sunday for talks with Crown Prince Muhammad Bin-Salman and US Secretary of State Mike Pompeo, Saudi Foreign Minister Prince Faisal Bin-Farhan’s awkward denial that any such meeting took place was unconvincing in the extreme.

True, Netanyahu’s office refused to confirm or deny the gathering held at the complex of royal palaces in north-eastern Saudi Arabia at the site of the planned ‘mega-city’ of Neom. It sufficed with a ‘no comment’. But Yoav Galan, Netanyahu’s education minister and a member of his inner cabinet, went on Israeli army radio to describe the event as “an amazing achievement” and a dream come true. He said it showed Israel was being warmly embraced by the “Sunni world” and was joining it and the US in an alliance to counter “Iranian Shiite extremism.”

“The very fact the meeting happened, and was outed publicly, even if half-officially right now, is a matter of great importance,” he gushed.

Saudi Arabia sowed the seeds of what we are now seeing and seem set to see more of. Ever since he came to power, Muhammad Bin-Salman has been leading Saudi Arabia down the normalisation path and supporting rapprochement with the Israeli occupation state along with Donald Trump’s ‘deal of the century’. He spent tens of billions of dollars of his country’s money on bolstering Trump’s administration and his son-in-law Jared Kushner’s plans for Israel to annex occupied Jerusalem, most of the West Bank and Jordan Valley, and Syria’s Golan Heights.

We never heard or read a single statement by the Saudi crown prince against Israeli occupation or colonisation, the Judaization of Jerusalem, or Israeli war crimes in the West Bank and Gaza Strip. Instead we saw him open Saudi airspace to Israeli overflights, give his blessing to the normalisation agreements with the regimes of the UAE, Bahrain and Sudan, and purge Saudi education curricula of anything that might directly or indirectly reflect badly on Israel and its ideology.

The Saudi leadership may be banking on the Zionist Lobby in the US to protect it against incoming president Joe Biden – who has threatened to halt arms sales to Saudi Arabia due to its war crimes in Yemen, take action over the murder of journalist Jamal Khashoggi and other human rights abuses, and recommit to the nuclear deal with Iran thereby partially relieving it of sanctions. But this is no safe bet. The Lobby failed to prevent the Obama Administration from secretly negotiating with Iran behind the backs of both Israel and its putative Saudi allies.

All the opinion polls that have been conducted about normalization have shown that the vast majority of Saudi citizens oppose it – as in all Arab and Islamic countries especially Egypt and Jordan and including the UAE and Bahrain. Were it not for state repression and stifling of free speech, the people of these countries would be taking to the streets in their millions to protest against their governments’ policies in this regard.

Previous experience has taught us that Arab regimes pursue normalisation gradually. It starts with carefully controlled leaks to the media accompanied by propaganda campaigns devised by US and Israeli spin-doctors. It was probably agreed that Netanyahu’s visit to Neom should be publicised in the Israeli media and then vaguely denied in a low-key tweet by the Saudi foreign minister, who is unlikely to have had prior notice of the meeting. Otherwise, why didn’t the Saudi government hold an international press conference to issue a full-throated denial of the Israeli reports?

Saudi Arabia will end up being the biggest loser from these normalisation moves. It will lose what remains of its leadership and standing in the Islamic world. It has already braced for this by positioning itself as leader only of the ‘Sunni world’, standing with Israel against Shi’a Iran, a fellow Muslim country that is being subjected to a concerted campaign of demonisation. This while whitewashing the record of the state that occupies the al-Aqsa Mosque and has been literally undermining its foundations as a prelude to demolishing it and ‘re-building’ the supposed Temple of Solomon over its ruins.

The Saudi ruling family’s custodianship of the holy places in Mecca and Medina and its unchallenged supervision of hajj and umra pilgrimages will also be seriously jeopardised. It will be hard for more than a billion Muslims around the world to accept that the Custodian of the Two Holy Mosques is a freind and ally of those who occupy the al-Aqsa Mosque, slaughter their brethren in occupied Palestine, and stir up sectarian hatreds to divide the Muslim world.

Some of the normalising regimes may assume that the Arab world is in such a parlous and weakened state that this is their opportunity to turn their backs on its moral and religious values and national causes and huddle under the umbrella of Israeli protection. That is why they are being so brazen and shameless about it.

But they must be warned that they are falling for the world’s biggest extortion racket. They do not know the Israelis as those who have been subjected to their occupations and wars have known them – in Egypt, Syria, Lebanon, Jordan and Occupied Palestine – for the past half century and more. This phase will prove transient and will not last long.

Normalise as much as you like for now. But you will live to regret it.

0 thoughts on “Netanyahu in Saudi Arabia”