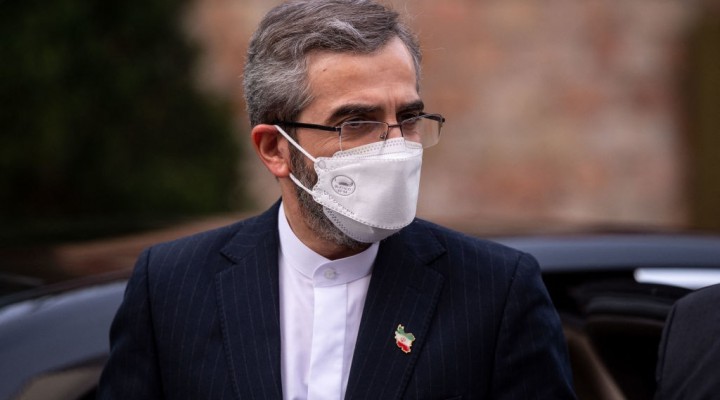 Israel can’t block a deal. The most it can do is extort cash and arms from the US as ‘compensation’

The more Israeli leaders threaten to attack Iran in response to reports of progress in the Vienna nuclear talks, the more their bluster and bellicosity smacks of anxiety and disappointment rather than strength or self-confidence.

Prime Minister Naftali Bennett, whose fragile government is teetering and owes its survival to a single colluding Arab voice in the Knesset, last week donned his lion’s mantle and served notice that Israel will not be bound by any nuclear deal with Iran, nor seek anyone’s approval to act against its enemies if necessary.

We have heard such threats many times since 2017 when Donald Trump, at Benjamin Netanyahu’s instigation, withdrew from the JCPOA nuclear deal with Iran — a move most Israeli officials now rue. We have also heard and read about large-scale Israeli military exercises in preparation for imminent action to destroy Iran’s nuclear facilities. But all we have seen in practice have been occasional assassinations of Iranian scientists and attacks on Iranian shipping — to which Iran retaliated in kind and put an end.

The question is what does the Israeli premier mean by threatening not to abide by a potential nuclear deal? Will he take military action, for instance, and dispatch his warplanes to bomb Iran and its nuclear facilities? Does he expect that to go unanswered? Could Israel cope with hundreds of thousands of retaliatory missile and drones from all directions?

We would understand a superpower like China, Russia or, the US, or even the likes of the UK or France, making such threats. But they are absurd from a state that was defeated by the rudimentary rockets of the miniscule Gaza Strip last May, and sent its defence minister scurrying to Washington to request urgent replenishment of its depleted Iron Dome in case a second round of hostilities starts.

President Joe Biden, who refuses to receive Bennett or even telephone him, sent his National Security Advisor Jake Sullivan to tell his Israeli counterparts the US will not support an attack on Iran, as its priorities lie elsewhere, and will no longer indulge Israel’s juvenile bluster.

The Israeli military establishment has become firmly convinced that Iran is in a strong position and is in no rush to reach a nuclear deal that does not address its legitimate demands for the lifting of sanctions, compensation, and guarantees of compliance. That leaves Israel with no option but to live with a potential new deal as the lesser evil and avoid clashing with the US. It failed to veto a nuclear deal, be given a seat at the Vienna talks, or even get Iran’s missile programmes placed on the agenda. Yet it still puffs up its chest and blusters that it will not accept or abide by any deal. Who can take it seriously?

In sum, the Israeli occupation state has realized that it cannot prevent a nuclear deal and is no longer capable of dictating its demands in that regard to the major powers, to whom Iran’s acquisition of nuclear weapons does not pose an existential threat.

Israeli officials are now fully aware that the most they can accomplish is to de-escalate disputes with the US administration and extort as much money and advanced military equipment from it as possible as compensation to allay it security and military concerns. But launching an attack on Iran, as it has threatened for the past twenty years, is out of the question. Were it to go ahead, the consequences to it would be horrific, disastrous, and even existential.

0 thoughts on “Israel and the Iran nuclear talks”