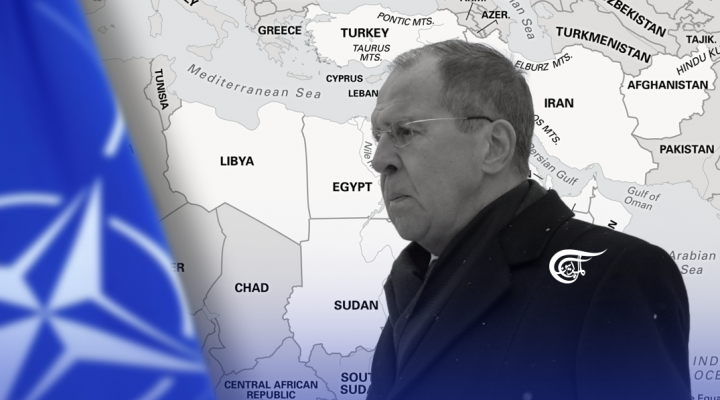 The recent string of events in Asia and Europe seems to be the defining component of the upcoming phase in the Middle East.

On Friday last, Antony Blinken (at his initiative) called his Chinese counterpart, Foreign Minister Wang Yi. The call turned into a furious row, with The Global Times subsequently saying that Wang simply overwhelmed Blinken during this extremely techy exchange.

What was it about? It seems that Blinken wanted to forewarn Wang of the likely sanctioning of Russia; to neutralize any Chinese adverse response to these US and EU sanctions; and to enlist China’s support in persuading Russia to treat the western responses to Russia’s security concerns as the basis for dialogue.

If this were the intent, it backfired badly — and turned into a bitter row. Foreign Minister Wang effectively said that President Xi had, in his virtual summit with Biden, set out China’s demands in respect to any China-US relationship. And that Biden had seemed to concur.  Subsequently, it was evident to Beijing that the US Administration was ‘not walking the walk’ of that agreement.  Wang lambasted Blinken over the US’ stealth sabotage of the Winter Olympics, and said it was playing with explosives over Taiwan.

Effectively, Wang was asserting that US actions (more than words), had emptied the prospects of the earlier summit being the basis for dialogue, and a foundation for bilateral relations. (In a sense, Foreign Minister Wang was echoing Moscow’s refusal to accept the US written responses to its draft treaty documents as the basis for future negotiations).

And if Blinken had hoped that China would remain aloof over Russia’s dispute with the US in respect to Ukraine (in 2014, China had not supported Russia’s annexation of Crimea), this did not occur.

Foreign Minister Wang said that the point at issue was Kiev’s non-implantation of the Minsk Accords – and that Putin was right on this score.  But more alarming for Washington, Wang emphasized that at the crux of the crisis was the US building of military ‘blocs’ to suppress Russia. He emphasized – again echoing Moscow – that one state’s increased ‘security’ cannot be achieved at the expense of another’s.

The Global Times gives this warning: “Given the ‘back-to-back’ relationship between China and Russia, the US cannot do anything [to divide] the two great powers”. Russia and China are “not allies, but better than allies … Let Americans carefully mull over the connotation of this expression. If it provokes either China or Russia, the other one will not be indifferent. Washington should expect this in the future”.

This exchange – together with Foreign Minister Lavrov’s blunt statement that the western doctrine formulated in their responses to Moscow (effectively denying Russia its security autonomy) fore-closes on dialogue with the US or NATO – carries major import for the Middle East.

Washington likes to compartmentalise its geo-political relations, believing it can be emollient in the ‘one’ compartment, but highly aggressive in an ‘other’. Clearly this no longer holds in the Russia-China axis, as Foreign Minister Wang’s remarks make abundantly clear.

Iran however, is in a real way, a part of this Axis. Is it really feasible now, to expect an Iranian JCPOA agreement with the US?  Could both Russia and China be saying – so explicitly – that the US denial of any security sovereignty to either Russia or China marks the end to dialogue with the US, and yet expect that Iran would reach an accord precisely on such reductive terms with the US?

The US resiling from the principle of ‘one state’s increased (i.e. NATO-ised) security may not be gained at the expense of another’s security’ has special significance for Iran — for the JCPOA was conceived precisely to contain Iran, in order to increase Israel’s US-led security. What the US is saying to Russia is that NATO’s barricading of your (i.e. Russia’s) borders and economic containment is a western exceptionalist ‘right’ for which there is no recourse. It is ‘ditto’ for Iran.

And would Iran trust US JCPOA assertions exactly at the moment when the US and Israel are interfering directly in the Yemen war, in order to keep a choke-hold over the Bab al-Mandib Straits (which otherwise might fall to the Houthis) so as to ‘squeeze’ Iran, and to ‘contain’ and deny China its’ Maritime Silk Road in times of crisis?  What price autonomous security then for Iran?

Thus, the port of Aden, the Bab Al-Mandib Strait and Socotra Island fall neatly into a vital component of the Cold War build-up between China and the US. The Arab ally (in this case the UAE) that can control this essential strait will give the US leverage with which to jeopardize China’s Maritime Silk Road – and hence is seen in some Washington circles as the justification for America’s support for the ongoing conflict in Yemen.

Brett McGurk, the US Middle East envoy, suggested in a recent interview that a JCPOA agreement (although far from certain) might yet happen, and invoked the compartmentalist notion as reason. He suggested that Russia and Iran were now fully backing the US efforts to reach an accord (shoulder-to-shoulder with the EU3).

In the light of Wang Yi’s broadside at Blinken, and Lavrov’s uncompromising stance on US exceptionalist claims, this seems fanciful. For the region, wondering whether or not Iran will succumb and fall to the US ‘sphere’, Lavrov’s statement may well have defined the Middle East’s future.

Fanaticisms at the service of the United States

One thought on “Did Lavrov Just Define the Middle East’s Future?”