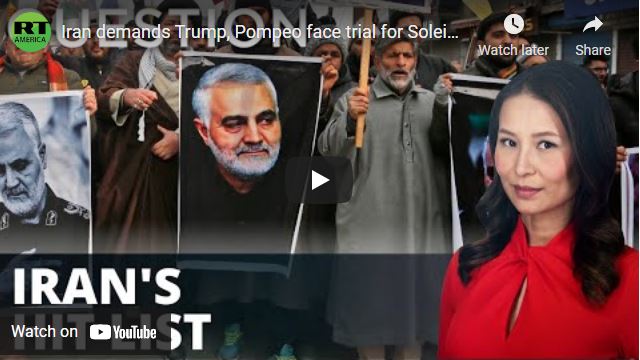 On the second anniversary of the assassination of revered Iranian general, Qassem Soleimani; the newly minted president of Iran, Ebrahim Raisi declared that his country would exact revenge for this murder unless Donald Trump and Mike Pompeo face trial.

This, as thousands of mourners attended mosque and took to the streets of Iran, in a memorial rally for the late Quds Force leader in the IRGC. Former Pentagon official Michael Maloof and former Marine Corp Intelligence officer & UN weapons inspector Scott Ritter join a panel to discuss.