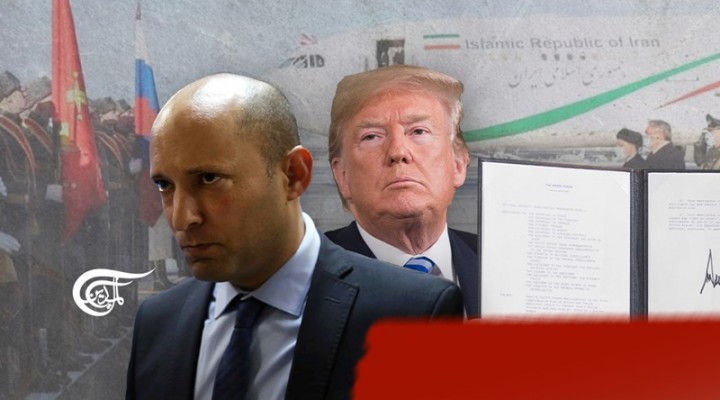 If the leadership in Tehran decides a deal is in its interests – then, and only then, will the United States be able to climb back on board.

As of writing, it is not clear whether the nuclear talks in Vienna will reach a deal in which the US and Iran return to compliance with the JCPOA, or not. The Biden Administration arrived in the White House with the express intention of rejoining the JCPOA. But that has proved to be much less easy to do than Team Biden originally had expected, with the main obstacle being the tough Iranian stance (rather than – this time – Israeli interference): If the leadership in Tehran decides a deal is in its interests – then, and only then, will the United States be able to climb back on board.

What is striking has been the mute resignation emanating out of “Tel Aviv”.  The reality is that there is little that Bennett could have done to change the US mind. It was after all, “Israel” (under then-PM Netanyahu) who made what is now almost universally accepted by the Israeli security establishment to be the strategic mistake of persuading Trump to quit the JCPOA. Bennett’s response has been to play down the impact of a ‘deal’ with his public — as the Iranian nuclear program will proceed, either way.  It may go quicker or slower, but for Tehran, it will be about juggling the differing advantages, and however it turns out.

An agreement reached would give Iran economic benefits (from lifted sanctions), but equally, ‘no deal’ will provide Iran with other economic benefits arising from the Russian-Chinese Axis’ pressing ahead with the integration of the East Asian Economic Community and BRI into a heartland, continent-wide, economic powerhouse.

Iran already is a part of Team Russia-China: Tehran thus must weigh the ‘apples’ of lifted sanctions, against the ‘oranges’ expected from the huge heartland integration project. In short, Iran, these days, can afford to be choosy.

So, what can a frustrated and wary Israeli government do if Iran should emerge as a regional super-power either way? Answer: ‘Hug Washington tight’, and not repeat Netanyahu’s mistake of aligning to the wrong side of a quite progressive and radical Democratic Party. The radical wing is relatively small, but their Woke platform on racism and on systemic discrimination for certain identity groups clearly poses a long-term danger to “Israel” — a risk that will only grow.

Although a topic less spoken of aloud, “Israel” – in parallel – stands on the precipice of developments which center around Russia and China’s historic Beijing Declaration that imposes an inflection point on international relations: A new era, with Russia and China in synch “on the most important world problems”, and with particular focus on security issues, is unfolding.

What this entails is a break with the West and the concomitant separation of the globe into two distinct spheres: with those states following the Russia-China vision hueing to their own distinct civilizations and political processes. China and Russia in their Declaration committed themselves to an integrated, coherent Asian heartland, stretching from Europe to East Asia (including portions of the Arctic, too).

This will come about, according to Presidents Putin and Xi, either through dialogue, (which has been declined by the US and NATO in their core security principles), or alternatively will be achieved by a contest of escalating pain (technical-military measures) until one side, or the other, buckles. Of course, Washington does not believe Xi and Putin can mean what they say, and they think that anyway, the West has escalatory dominance in the field of imposing pain.

This represents a well-calculated Axis move, with a clear strategy behind it – and accompanied by a strong will to do whatever it takes – be it economically or militarily – to achieve modification to the present US-dominated ‘Global Order’. It will, therefore, likely, be a drawn-out struggle. The EU already is talking about Nord Stream 2 cancellation, and Ursula von der Leyen (Council President) says a “new Cold War is here”.

In one way or another, this will also entail dramatic consequences for “Israel” and the Middle East. No more ‘fence-sitting’: Are you on the side of the ‘old-thinkers’, imagining themselves smarter than anyone else on the planet (as the Chinese describe it)? Or, are you going with the alternative vision of an integrated Asia heartland based on individual sovereignty and political distinctiveness? Time to make-up minds.

Well, some will have little difficulty choosing. “Israel” already has its mind made up: It hues to Biden. Not surprisingly, it is using this coming strategic schism to scoop up the obvious Arab protégés of Washington, already nail-biting about their future security, as the new, politically assertive Team Russia-China shapes in the region. Where else would Bahrain go, except behind “Tel Aviv’s” skirt?

Bennett is putting a gloss to this diplomatic shuffle as a new chapter of Sunni states being so anxious to normalize with “Israel”. Of course, he would say that. The reality, however, is different. They are frightened; the Gulf States can guess that Syria, Iraq, and Lebanon (together with Iran) may join the Russia-China Axis, newly fracturing the Sunni world and diminishing the Gulf States’ political clout. They know that putting themselves on the side of “Israel” and the US in the coming conflict exposes them to military risk (such as that recently experienced by the UAE).  But do they have a choice?

In this light, Bennett’s threat that we [“Israel”] are advancing toward you on all fronts – “You [Iranians and proxies] are aligning around Israel’s borders … but we are also setting up along your borders” – rings forced and hollow.