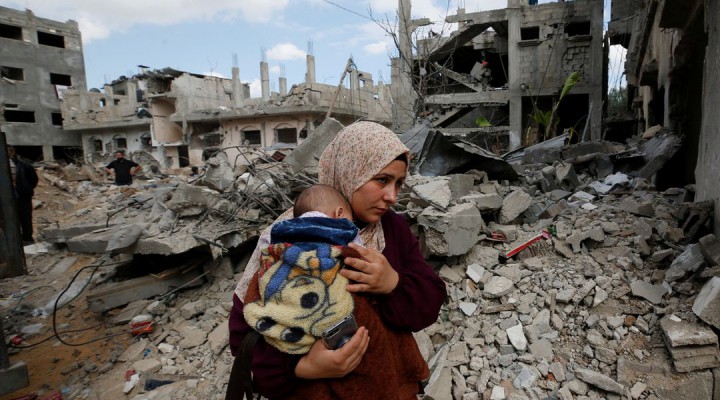 In an interview last week with the al-Mayadeen TV channel, Ziyad al-Nakhalah, secretary-general of the Palestinian Islamic Jihad movement, made some startling revelations about Palestine-related developments, particularly regarding the Gaza Strip and the quickening pace of normalisation between Israel and various Arab capitals.

Nakhalah disclosed that Egyptian officials he met in Cairo last month told him the Egyptian leadership was intent on turning the Gaza Strip into a “second Dubai” and that billions of dollars would be pumped into the territory to achieve that objective. A big reconstruction drive would be launched, and Gaza Strip residents would be granted freedom of movement to and from Egypt without the usual humiliating checks and searches at the Rafah border crossing or at Egyptian airports. Among other things, a resort city is to be built on the border, including five-star hotels, cinemas and leisure facilities to which Gaza residents would have free access.

He said Israel considers Gaza to be a ticking time bomb which needs to be defused, and having failed to suppress its inhabitants and crush the resistance there in a succession of wars, is now resorting to a ‘Plan B’ aimed at pacifying the territory by improving economic conditions.

Accordingly, permits are to be provided for 40,000 residents to work in Israeli cities. Applicants will register with and be selected by the Hamas authorities (who have been accused of favouring their own supporters), and the Gaza Strip will be turned, like the West Bank, into a ‘Labour pool’ for Israel.

Nakhalah also revealed that Palestinian Authority (PA) security forces played a major role in helping their Israeli counterparts recapture two of the escaped prisoners who broke out of Gilboa jail in September after they went into hiding in Jenin. When Israel’s internal security chief met with PA President Mahmoud Abbas in Ramallah earlier this month, he demanded he crack down hard on Jenin and “cleanse” it of all resistance elements… “or else”.

These points should be linked to the rapidly evolving moves to normalise military and economic ties between Israel and several Arab countries, particularly Jordan (water-for-electricity), Morocco (defence cooperation pact) and the UAE. They lead to the clear conclusion that the scenario currently being adopted is to try to stifle Palestinian resistance via ‘economic peace’ based on the injection of billions of Arab petrodollars, especially from the Emirates.

One can also detect in Nakhalah’s carefully worded remarks an attempt to sow the seeds of division between Hamas and Islamic Jihad, the two main components of the resistance in the Gaza Strip. This is reminiscent of the efforts made to pit the PA against Hamas which led to the latter taking control of the Gaza Strip in 2007 (which doesn’t mean the outcome will be similar).

It is no secret that there is intensifying rivalry between an Egyptian-Qatari alliance in the Gaza Strip and an opposing Emirati-Jordanian-Turkish alliance in the West Bank. Relations between Egypt and the UAE are at a low point following Sheikh Muhammad bin-Zayed’s visit to Ankara. If this continues it would rule out any UAE role should the Israeli-Egyptian plan to reconstruct Gaza and turn it into a Mediterranean ‘Dubai’ take off. The recent amendment of the Camp David accords to allow more Egyptian troops to deploy in Sinai is a pointer in this context.

Two rival projects are in competition: the Kushner project supported by Israel and some of the Arab normalizers, and the resistance project backed by Iran and its allies. This is set to be the main feature of the forthcoming stage. It will place Hamas in a predicament: whether to remain part of the resistance axis, or to engage with the ‘pacification’ scheme in order to maintain its rule of the Gaza Strip. The UK’s recent designation of Hamas as a terrorist organisation was one of many moves to put pressure on it in this regard, and may be followed by similar Arab and European steps.

Nakhalah’s opposition to the ‘economic peace’ plans, the defusing of the Gaza time-bomb, and the Arab normalisation project that deems Palestine to be Israel, could mean that Islamic Jihad and Hamas are headed for a major disagreement and possibly a confrontation. It could also lead to a rift with Egypt, whose planned leisure resort he derided, and the closure of Cairo’s doors to him.

But there have been growing signs of armed resistance beginning in the West Bank. Nakhalah spoke of the Gaza Strip’s drone and missile factories and the resistance there replenishing its stocks after the Israeli onslaught in May. These may be signs of the ascendancy of the other side in both territories, the side opposed to the defusing of the time-bomb of resistance against occupation.

0 thoughts on “‘Economic peace’ for Gaza?”