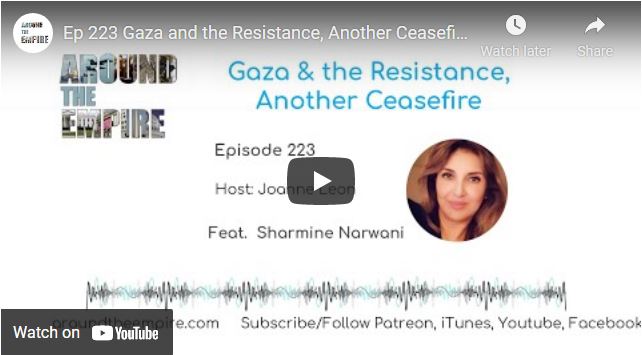 We talk about Gaza, the Resistance and the differences between attacks on Gaza in past years and what is happening now, who really needs a ceasefire the most and why a ceasefire with no real change does not really help the Palestinians.

We talk about reactions from other countries in the region to the latest attack on Gaza and Sharmine provides an update on the current situation in Lebanon which has fallen out of the news of late but is still in crisis and still deals with foreign interference.

Lastly we talked about a new media project that Sharmine will be launching soon. In a bonus question, we talk about the evolution of the map of Palestine and Israel since World War II and how that map might change going forward — essentially the future of Israel and Palestine.

0 thoughts on “Ep 223 Gaza and the Resistance, Another Ceasefire feat Sharmine Narwani”