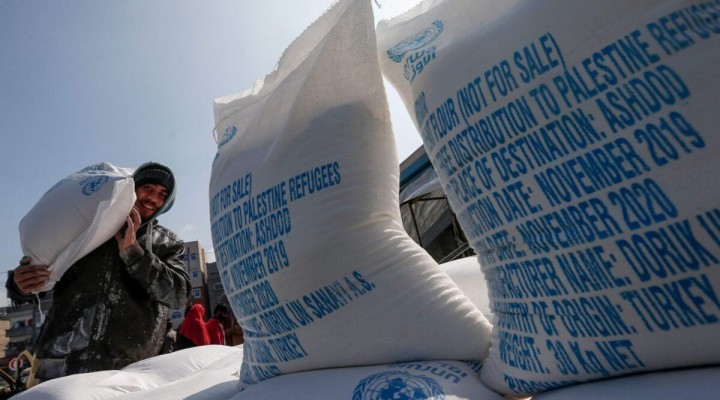 Whenever Israel bombs Gaza, donor countries are expected to raid their treasuries and manage the resultant humanitarian crisis. The aftermath of the latest colonial aggression against the enclave is no different. On one hand, the reconstruction of Gaza will probably follow previous mechanisms in which the UN plays a role that is decided by Israel. For the Palestinian people’s immediate needs, now more precarious than ever, the Israeli government is seeking countries willing to stand alongside Qatar to help desperate Palestinian families.

Two European countries have so far been approached, Germany and another one are as yet unnamed. Israel has attempted to exploit reconstruction to demand the release of two Israeli civilians and the bodies of two Israeli soldiers held by Hamas. Palestinian factions reject this and communicated their decision to the UN in June.

So far the only dilemma raised by the international community is the question of rebuilding Gaza without Hamas involvement, ostensibly to ensure that funds and material are accessed only by the Palestinian people. To implement such a strategy, the Palestinian Authority – a body whose corruption is known to the international donors which continue to fund it — would play a role alongside Israel. The PA has contributed to Gaza’s humanitarian predicament through sanctions of its own imposed with the intention to destabilise Hamas and reduce its political support and influence. It is in no position to guarantee that aid will reach the people most in need without PA officials from the top downwards pocketing their “share” first. It is foolish to believe otherwise.

Since the international community has equated Palestinians with humanitarian aid, there is little questioning of Israel’s expectation that individual countries will provide humanitarian assistance after its bombs have finished destroying Palestinian lives and infrastructure. Equally disturbing is that the international community does not challenge the status quo of tidying up the mess after Israel’s carnage. It’s more of the same: the US pays for the bombs; others pay for the clean-up.

Billions of US dollars in military aid have disfigured Gaza beyond any hope of proper reconstruction, given Israel’s frequent bombing of the enclave. The international community, blinded as it is by Israel’s twisted security narrative, has no qualms about the territory being used as the testing ground for the settler-colonial state’s new weapons because Palestinians are part of a dissociated humanitarian narrative that is profitable for both the coloniser and the donors.

Humanitarian aid is supposed to be a temporary endeavour, not part of Israel’s colonisation plans. When the humanitarian crisis is exacerbated, Israel seeks to keep Palestinians quiet through its European allies. These are the same allies that purportedly champion the establishment of “an independent and viable Palestinian state.”

Without addressing Israel’s culpability and accountability, it seems that it will have no problems in recruiting countries to repair the damage that its bombs and politics inflict upon Palestinians in Gaza. Calls to hold Israel accountable, and for sanctions to be enforced against the settler-colonial state, pass unheeded. When countries step up with their financial assistance for Palestinians in Gaza, let it be known that the humanitarian façade cannot compensate for the political damage inflicted through collaboration with the murderous, rogue state of Israel.