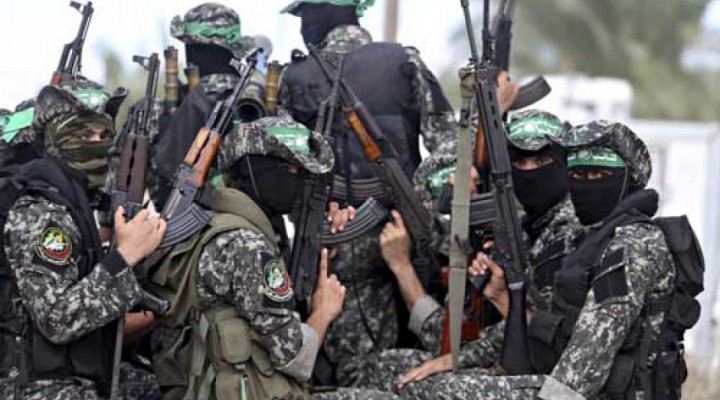 Sunday’s armed attack in Jerusalem by a Palestinian from Shufat Refugee Camp targeting Israeli border police could be the prelude to more amid continuing Western support for Israel’s blockade and war crimes in the occupied Palestinian territories and criminalisation of Hamas.

Fadi Abu-Shkheidem, who carried out the shooting — in which one Israeli was killed and three injured — moved his wife and child out of the country three days previously. This implies it was pre-meditated and planned. Hamas, to which he belonged, described him as a hero. It said the attack, six months after Israel’s latest war on Gaza, “sends out a warning message to the criminal enemy and its government to cease its aggression on our land and holy places or it will pay dearly.”

This operation in the heart of occupied Jerusalem underlines Hamas’ growing presence in the West Bank and the increasing acquisition of arms by its members to use in against the occupation.

More seriously for Israel, the weapon used was probably locally made, meaning that home-made arms manufacture is becoming the trend. This could be a prelude to the transfer of the Gaza Strip’s missile-making technology to the West Bank. That would overturn existing power-balances not just in the Occupied Territories but the entire Middle East region.

Israeli Prime Minister Naftali Bennet put his forces on alert and vowed terrible retribution against Hamas. But the movement evidently pays no heed to such threats. It has developed a deterrent missile capability that enabled it and other groups to fire 4,200 missiles at Israeli targets during the May war — closing Israeli airports, sending millions of settlers into shelters, and shattering the myth of the Iron Dome.

It is striking that this operation came three days after British Home Secretary Priti Patel, known for her strong ties to Israel and total support for its total terrorism against the Palestinian people, announced her intention to designate Hamas a terrorist organization. Her government is submitting a proposal to parliament this week that would criminalise the movement and jail anyone who belongs to or supports it for more than ten years if approved. This is almost certain given her party’s parliamentary majority and the opposition Labour party leadership’s fawning support for Israel.

This British decision can only fuel extremism in the Middle East and damage Britain’s own security and interests. Hamas is not a terrorist organisation. It never carried out any terrorist attack against Britain or any European, American, or other country. Its resistance has been restricted to the Israeli occupation in the occupied lands. It contested free and fair Palestinian elections and won them. The international community did not object to its participation. Former British Prime Minister Tony Blair regularly visited its offices and met with its leaders in the Gaza Strip and Doha after he became Quartet representative.

In 1980, then British prime minister and Conservative Party leader Margaret Thatcher refused to receive a delegation of visiting Arab foreign ministers because it included the PLO’s Farouq Qaddoumi, on the grounds that the PLO is a terrorist organisation which cooperates with and supports the Irish Republican Army (IRA).

When this message was conveyed to Yaser Arafat he was infuriated. He instructed his representative in London to deliver a response to the British government to the effect: we don’t help the IRA, but if you continue to use that as an excuse not to recognise us, maybe we should, and carry their operations to the heart of London if you consider us to be terrorists

In her announcement, made in a speech to a right-wing foundation in the US, Patel said she had decided to act against Hamas because it “has significant terrorist capability, including access to extensive and sophisticated weaponry, as well as terrorist training facilities, and it has long been involved in significant terrorist violence.” This is reminiscent of the Iraq WMD lie, amounting to incitement for an invasion of the Gaza Strip.

With ministers like Patel, the current British government is making the same mistake. By supporting Israel’s racist policies and its crimes in the Wes Bank and Gaza Strip, it is jeopardising Britain’s security and reputation and, in addition, helping to kill any peace process. All Palestinian groups including the moderate ‘Fateh’ have denounced the British move and united in opposition to it, and calls have been issues in the Islamic world for boycotts of British goods.

Britain has ceased to be ‘Great’. Its Middle East policy is drawn up in Tel Aviv. The Arab governments that have normalised with Israel do not represent the Arab peoples and were not elected by them. Israel can only achieve security by withdrawing completely from the Occupied Territories and by the Palestinian people enjoying their right to self-determination.

This British decision to criminalise Hamas will not extricate Israel from its difficulties. But it could bring considerable harm to Britain.