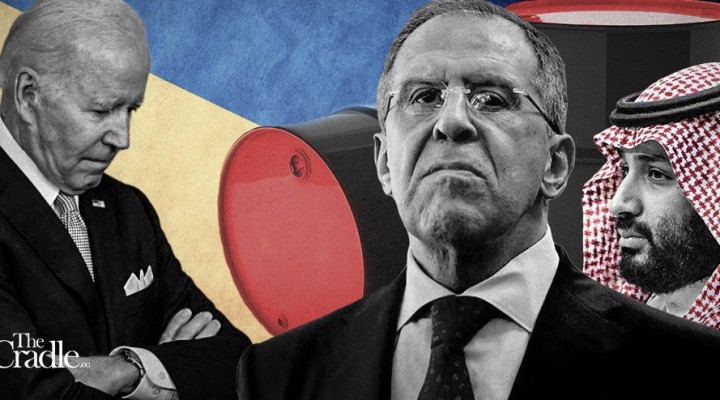 US President Joe Biden’s planned trip to West Asia later this month has been postponed until July, according to reports citing diplomatic sources. However, even this new proposed date is uncertain, and is subject to further postponement or cancellation.

While Biden stays on schedule with his official visits to East Asia, New Zealand and Europe, why is West Asia so difficult to pin down?

Biden’s itinerary was due to include both Tel Aviv and Riyadh, amid efforts to improve strained relations with the latter, in particular. Neither the White House nor the Israeli and Saudi embassies in Washington have offered a reason for the change of plans.

It has been speculated that Biden’s first trip to the region as president has been shelved, in part, due to political uncertainties in Israel, with Prime Minister Naftali Bennett’s coalition having lost its majority status.

So serious is the political impasse that Bennett has warned that the state is teetering on the edge of collapse. As the Jerusalem Post noted, “the US president is highly unlikely to come if the opposition succeeds in dissolving the Knesset and forcing early elections.”

However, it is more likely that the reason for the postponement is over the war in Ukraine which, contrary to mainstream media coverage, is not currently progressing in accordance with the collective west’s expectations.

Why was Biden’s trip postponed?

Ukraine is a top foreign policy priority for both Biden and the US political, military and media establishment. This has naturally reduced West Asia’s general importance in the Beltway, although the region remains vital to secure non-Russian energy sources.

But a successful Russian diplomatic maneuver aborted Biden’s tour days before it was scheduled to begin, and hampered Washington’s attempts to fast-track the restoration of its relations with several Persian Gulf states.

Historically, US control in West Asia, especially the Arab states of the Persian Gulf, was absolute and unchallenged. However, for the first time in 80 years, there are signs of a change in the geopolitical map of strategic alliances in favor of Moscow.

While the Russian military is busy thwarting the western agenda in Ukraine, Russian diplomacy may be wresting West Asia from the decades-long hold the US has had on the region.

Losing grip on the Gulf

No one would have imagined that Persian Gulf monarchies could be on the same page as the historically ‘revolutionary’ Arab states such as Algeria, Syria, Iraq and Egypt. This development renders the chances of the Biden’s tour ending in failure, greater than the chances of its success.

However, Washington has already downplayed any talk of a visit to the kingdom, once branded as a “pariah” state by then presidential candidate Biden. On Friday, despite thanking the Saudis and OPEC for their minimal increase in oil supply, Biden stated he had “no direct plans at the moment” to visit Riyadh.

Asked about the possibility of Biden going to Saudi Arabia, White House Press Secretary Karine Jean-Pierre told reporters last Wednesday there were no travel plans to announce, and offered a vague: “the president will look for opportunities to engage with leaders from the Middle East region.”

This indecisive attitude by Washington reflects its de facto new position as a secondary player in the Persian Gulf. The US is fully in ‘reactive’ mode, as it watches Moscow taking advantage of the Saudi-US rift to distance MbS further from decisions favorable to his American ally, such as rejecting Washington’s pressure to increase oil production to reduce prices.

Not willing to let go

It appears that the US has effectively lost most of the Gulf states (with the exception of Qatar) in favor of the new, more wily Russian ally. This loss was reflected in the recent decision of OPEC to increase oil production by only 200,000 barrels per day, significantly below the one million barrels per day. the US has sought.

Will the US administration accept this defeat easily and raise a white flag? The answer is ‘no,’ as Biden will cleave to long-established Beltway policy for West Asia, the most important aspect of which is the US military bases in the Persian Gulf.

Contrary to what local populations are encouraged to think, the US military bases were not established to protect the host states, but rather to ensure – even force – their government commitment to US interests and to submit to Washington’s diktats.

With regards to the current US pre-occupation with Ukraine, the war is tilting in Russia’s favor, both in the military and economic realms, with an almost complete failure of western-imposed economic sanctions.

The longer Biden delays his West Asia tour because of ‘non-ideal conditions’ in the host countries, the more those conditions are likely to evolve against US interests. Neither Saudi Arabia nor what’s left of the Israeli coalition government are waiting around for Biden – especially when nothing is delaying frequent trips by the Russians, Chinese, and other multipolar actors from filling that American gap.